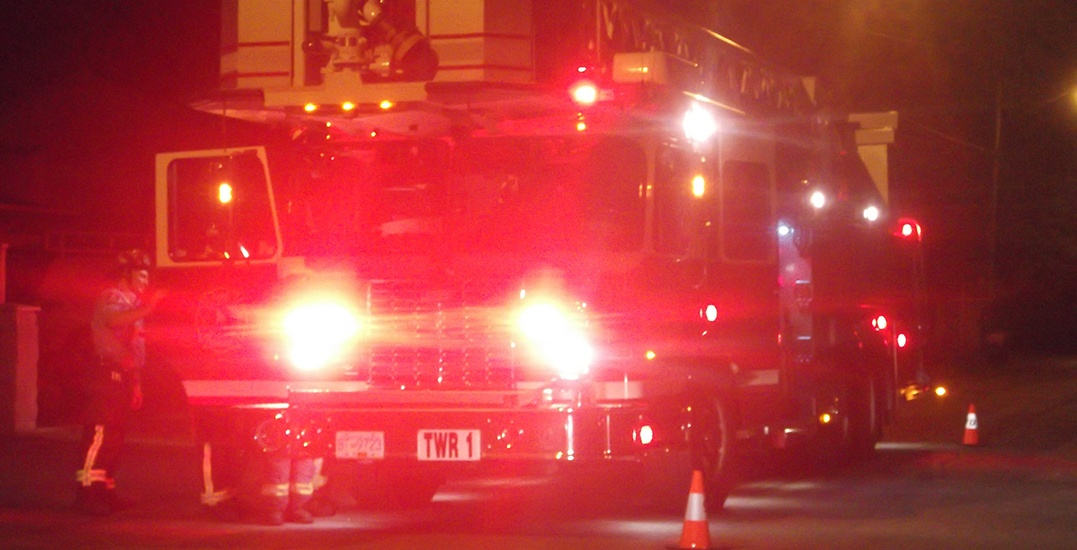 An older photo of emergency crews at the scene of a car crash in 2012 (BC Emergency Serices/Flickr).

An attempted car parts theft is believed to be the cause of two vehicle fires that began early this morning in Port Coquitlam.

On Thursday morning, at approximately 3:30 am, the Coquitlam RCMP and the Coquitlam Fire Department received reports of two cars on fire in the 1000 block of Riverside Drive, near an elementary school and a local park.

Although the investigation is new, police say that witness statements and video footage support the theory that the fires were started by thieves attempting to steal catalytic converters.

The Coquitlam RCMP are now looking for a dark, older-model sedan that was seen driving away with four males inside.

One suspect is described as a tall, lanky male with a grey hoodie; another suspect was wearing a headlamp.

RCMP say in a press release that it’s too early to tell if this case is related to other catalytic converter thefts.