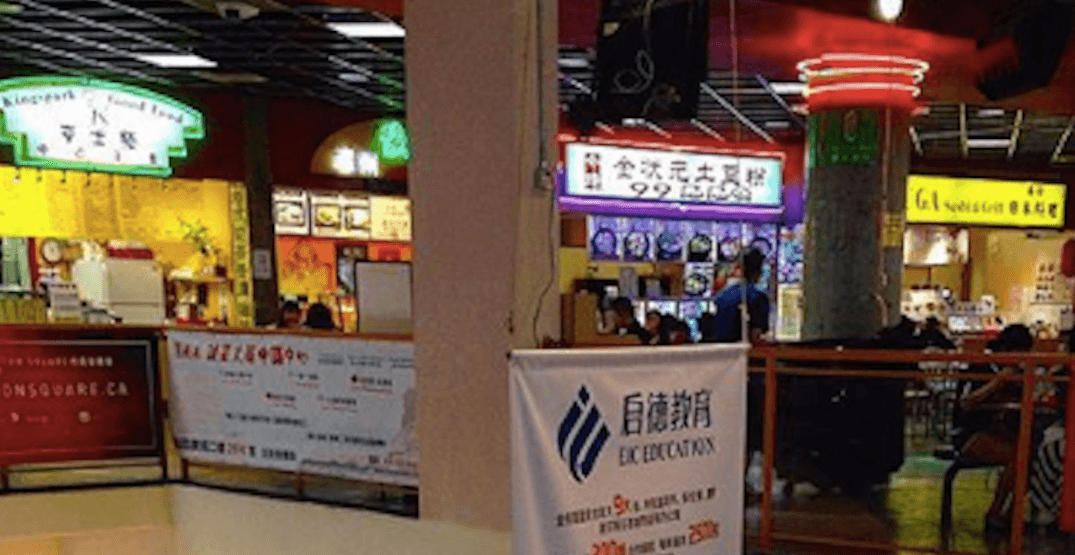 Two seniors were arrested in Burnaby recently, after allegedly dousing another person with soup in the food court of a local mall.

In a statement to Daily Hive, police said the incident took place at Burnaby’s Crystal Mall around 1:30 pm on July 6.

“Our officers quickly attended and located the complainant along with the two seniors who remained at the scene,” said Burnaby RCMP Const. Charles Chen.

The victim – a 43-year-old woman – wasn’t injured in the incident, and police said she did not require any medical aid.

Chen said witness accounts described the incident as being the result of an argument between the woman and the pair.

He noted that the two parties involved in this incident were not known to each other prior to the altercation.

Because the pair’s actions were classified as an assault, Chen said they were provided with their Charter rights, before they were arrested and escorted “without incident” to a police vehicle waiting outside the mall.

“A Mandarin-speaking officer spoke with the two seniors to ensure they understood their legal rights,” Chen added.

The pair were then released on a promise-to-appear.