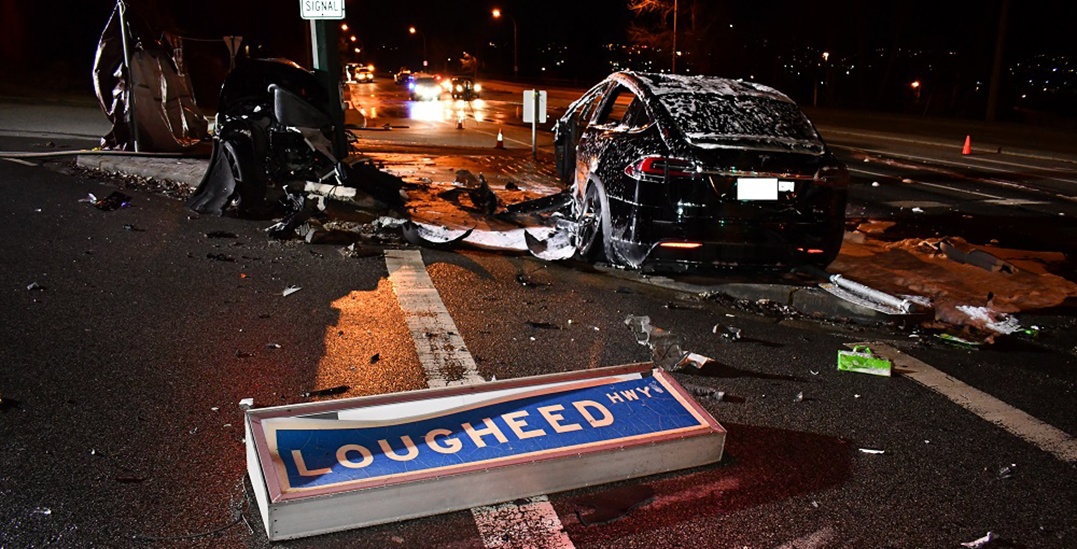 An RCMP investigation has determined that alcohol impairment and excessive speeds — not mechanical issues — were decisive factors in a fatal crash involving a Tesla earlier this year.

The early morning crash took place on Lougheed Highway at approximately 1 am on March 18, 2019.

Emergency crews and police found a severely damaged car that hit a traffic pole. At the time, the vehicle was engulfed in flames, with the driver pronounced dead on the scene.

Westbound traffic on Lougheed Highway between Blue Mountain and Alderson Avenue was closed following the crash.

After a thorough investigation, led by the Coquitlam RCMP’s Criminal Collision Investigation Team (CCIT), it’s been determined that the driver had more than three times the legal amount of alcohol in his system.

Police say in a news release that due to Privacy Act considerations, the driver’s name will not be released.