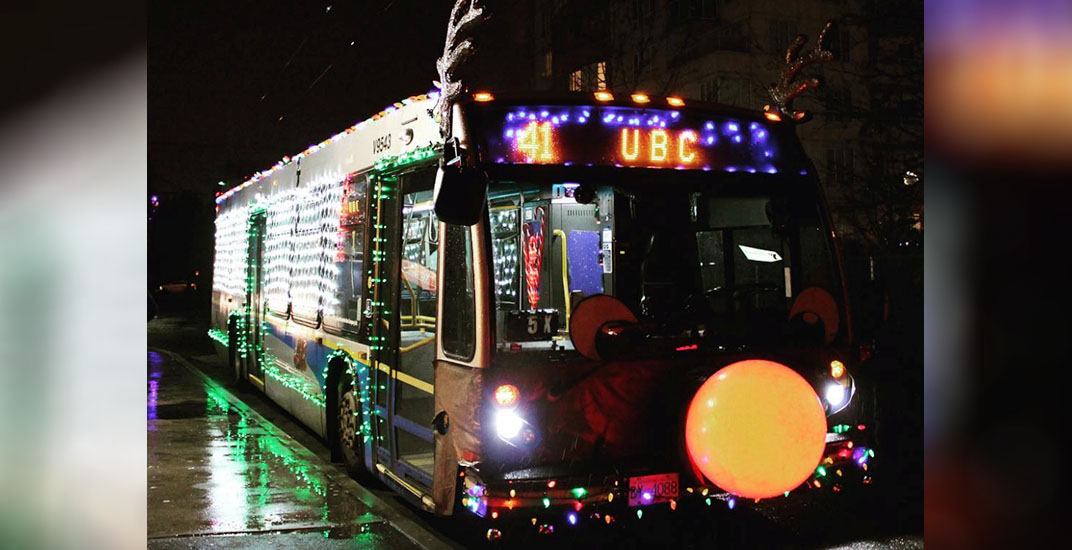 Every year, TransLink partakes in the Christmas spirit by decorating two of its buses as Rudolph, the red-nose reindeer.

But this year, the public transit authority is going one big step further by covering the exterior of a 40-ft-long, two-door bus with bright and colourful Christmas lights.

The front of the bus has antlers, eyes, and a giant red nose that illuminates (adios, bike rack!).

It’s hard to miss from a distance away, especially at nighttime.

And if you manage to get onboard it, there are even some light decorations inside the bus.

Has anyone else been on the Xmas fun bus yet?

According to TransLink, the so-called Reindeer Bus (Bus No. 9543) is operating on Vancouver-based routes throughout the holiday season. The bus does not run on any specific dedicated route; expect it to alternate on certain routes in the city.

Another bus operating in Port Coquitlam is also traveling around with the Christmas cheer, but it is a smaller community shuttle bus with only a red nose and antlers.

TransLink says the tradition of dressing up two buses for the Christmas season began more than 30 years ago.

The weirdest but cutest thing happened this morning! I was in the bus, waiting for the driver to start the engine when suddenly a couple of other drivers dressed up as Santa Claus and Mrs Claus came in and gave us all free candy canes. When they left, some of the students pointed at a distance. I turned to see an empty bus decorated into a reindeer-like vehicle with a big red nose on the front. Santa and Mrs Claus walked to their “sleigh”. I find this cute and heartwarming! This is definitely a treat for those who suffer from Monday Blues today. I also see the Canadian spirit flowing from these workers. The spirit of giving. #Christmas #Christmas2017 #Vancouver #Canada #SantaClaus #MrsClaus #Translink #TranslinkBC 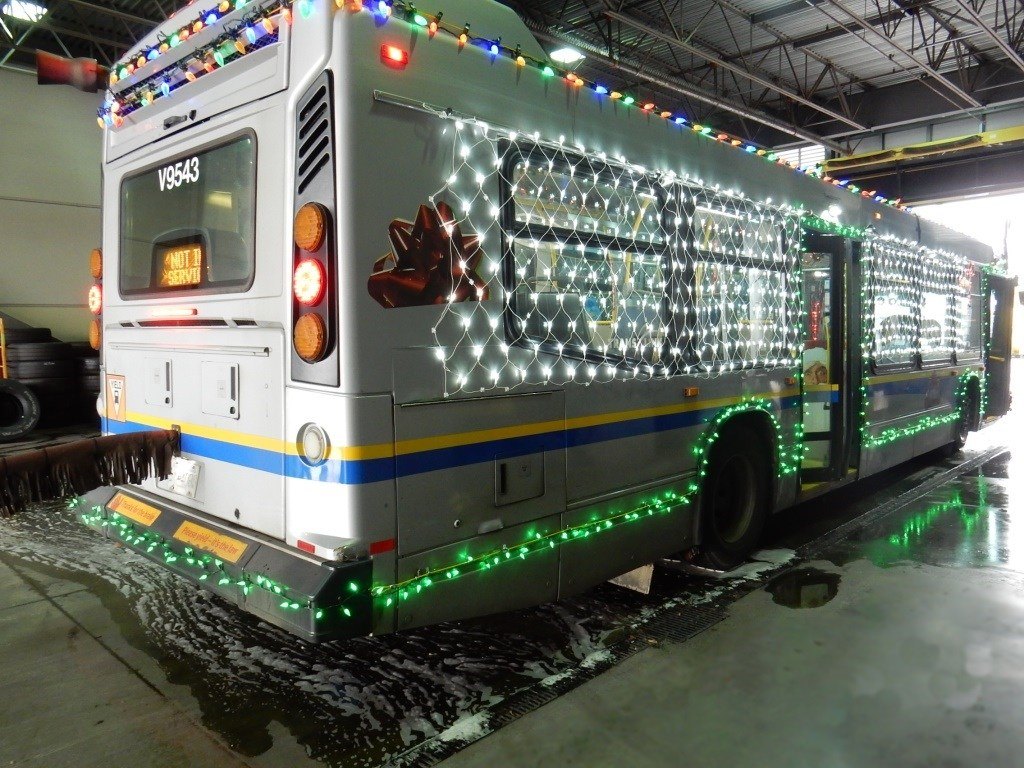 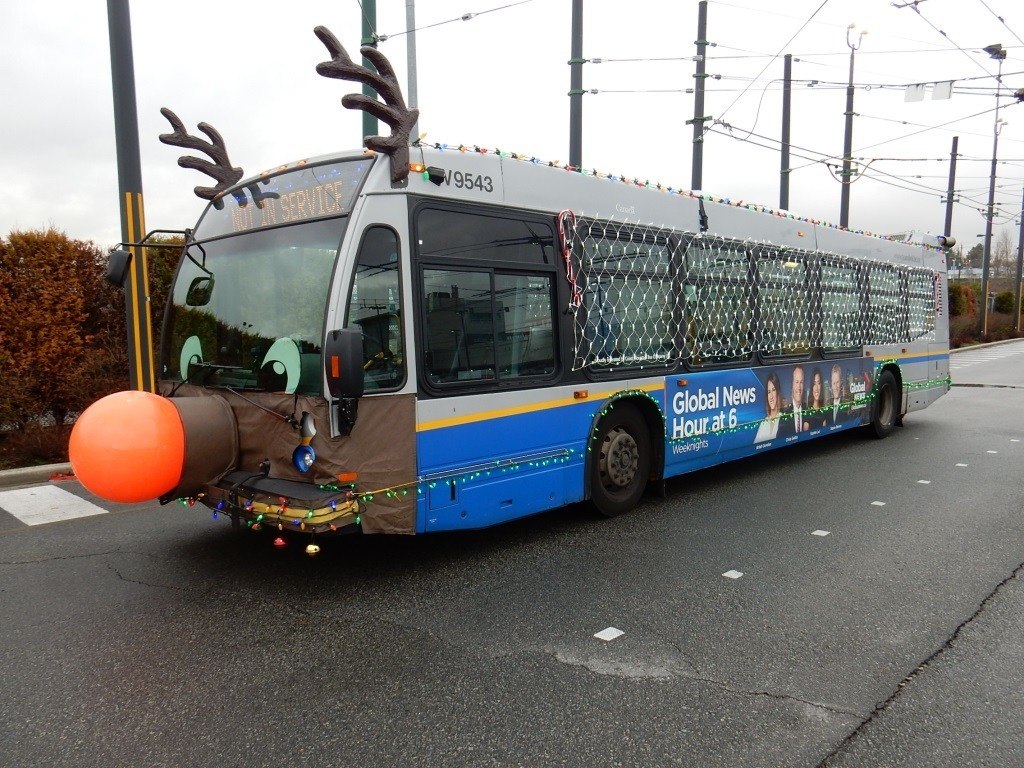 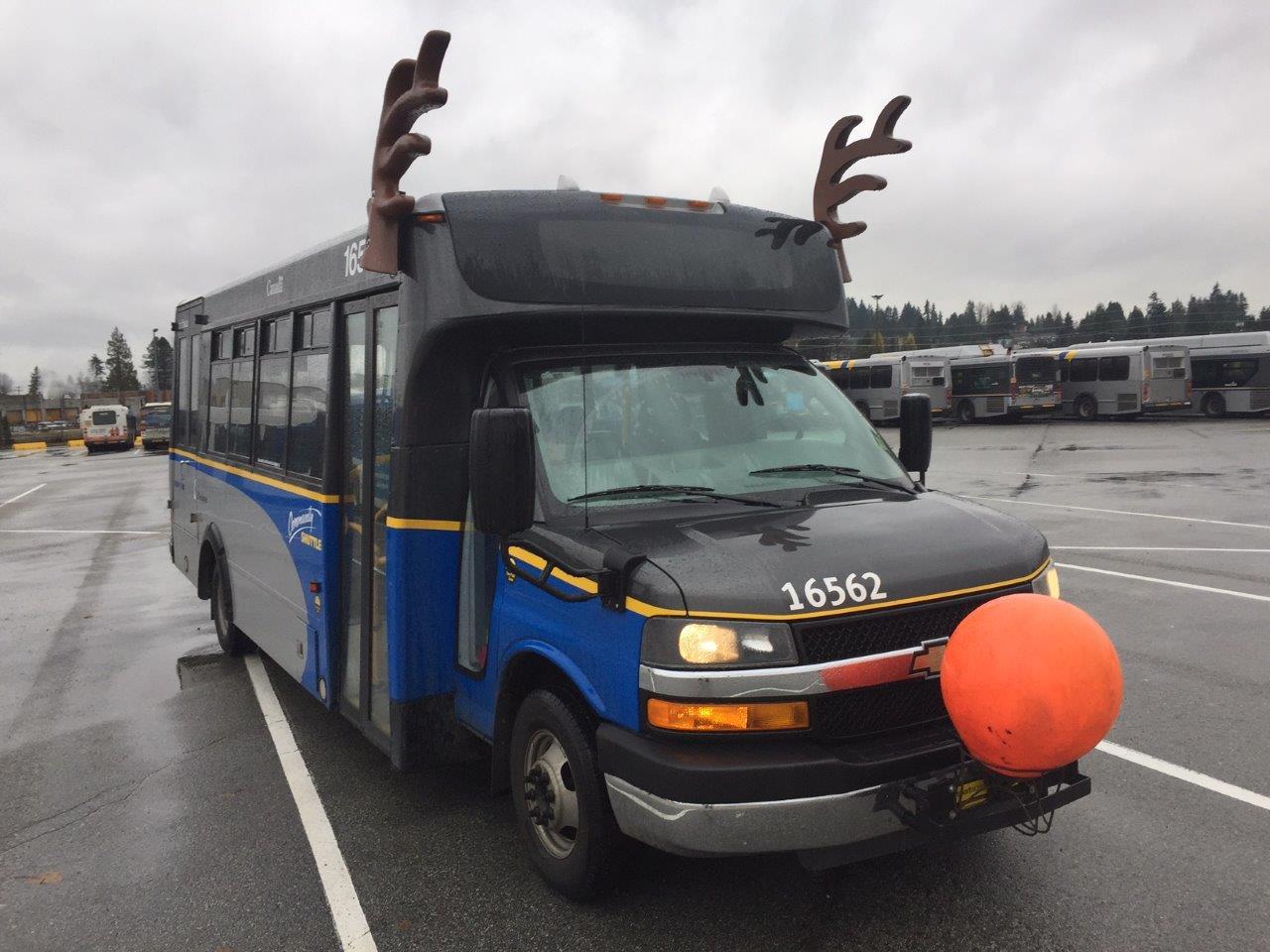