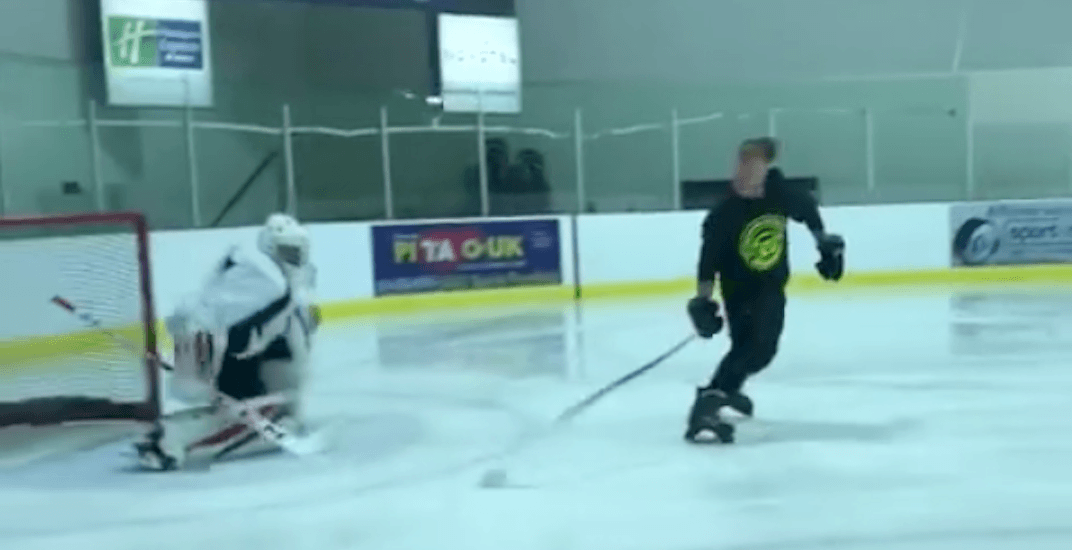 Shootouts in hockey have been around for a long time, but we’ve never seen a move quite like this.

Stickhandling specialist and Montreal hockey academy coach Shayne Jackson added his own twist to the Zorro move for a ridiculous shootout finish. Skating backwards with the puck seemingly on a string, he managed to deke the goalie with one hand.

It’s not the first time Jackson’s made a highlight reel play – his hands and puck control are documented all over his Instagram page.

For now, though, he seems perfectly content to continue coaching kids and perfecting his craft.