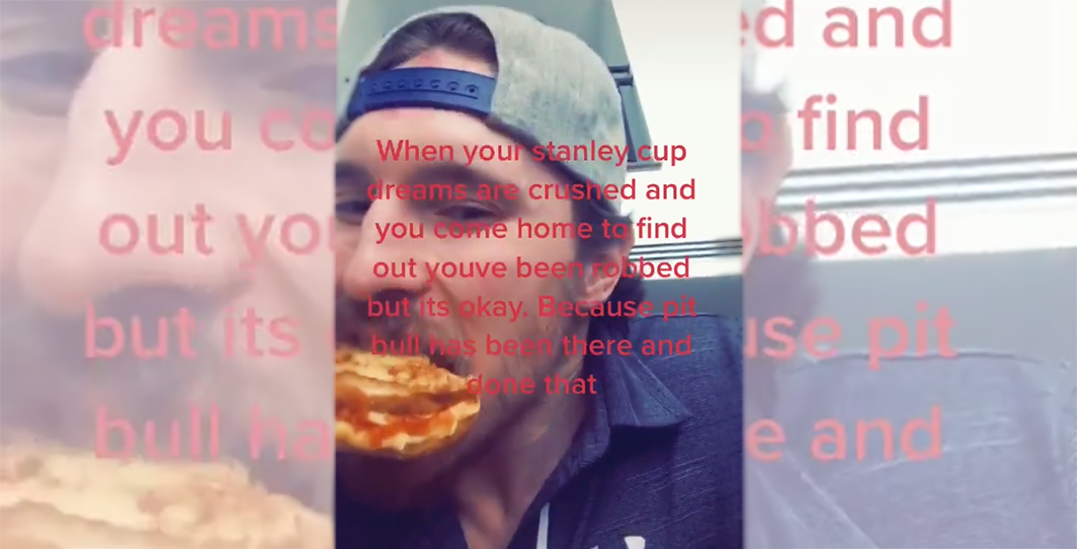 It’s been a rough 24 hours for Montreal Canadiens forward Brendan Gallagher, to say the least.

On Wednesday night, the Tampa Bay Lightning bested the Canadiens in Game 5 of the Stanley Cup Finals. The Lightning won 1-0, securing back-to-back championships.

Gallagher would later fight back tears as he addressed the media, thanking his teammates and addressing the painful outcome.

Unfortunately for the 29-year-old, the bad news didn’t end there. Earlier today, he posted on social media saying that he had been robbed while he was away from home.

“When your Stanley Cup dreams are crushed and you come to find out you’ve been robbed,” he wrote on a TikTok video.

Fortunately, he seems to have taken the blow with a bit of humour, quoting Pitbull and using “Time of Our Lives” as the background song.

“But it’s okay because Pitbull has been there and done that.”