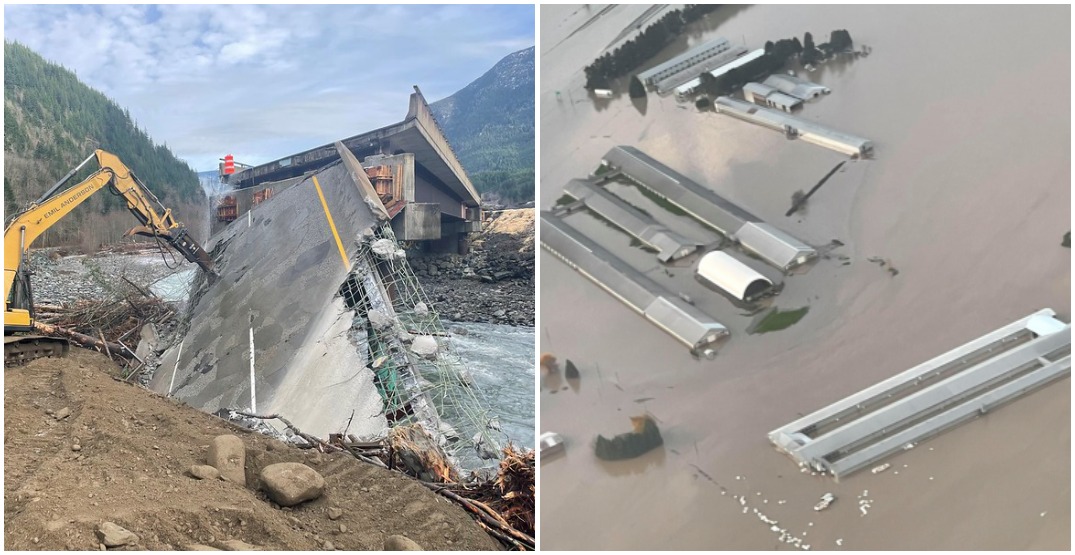 Now that the worst of BC’s storms have passed, the province faces two enormous questions: How much will it cost to recover from all of the catastrophic flood damage, and how will the government pay for it?

Finance Minister Selina Robinson has sidestepped direct answers for several days, saying her officials are working on tallying the costs.

“We need to understand what the full scale is,” Robinson told media on Friday, after meeting with economic forecasters from banks and agencies, at least one of whom downgraded expectations for BC’s larger economic growth due to the sheer scale of the natural disaster.

“I don’t have any solid numbers as of yet.”

But it’s a fair bet that the cleanup and recovery bill is going to cost at least several billion dollars. And we know from the province’s latest financial forecast that the government has at least some ability to cover the initial costs — though it would certainly help if the federal government agreed to split the cheque.

BC suffered damage at more than 200 sites along hundreds of kilometres of its major roads and highways, including at least 20 sections of the Coquihalla Highway where, at certain points, the water and landslides snapped the vital highway in half and collapsed five bridges.

It’s expected to cost billions of dollars to fix those roads, in part because the province doesn’t intend to rebuild them as they were first constructed, using 1960s engineering techniques. 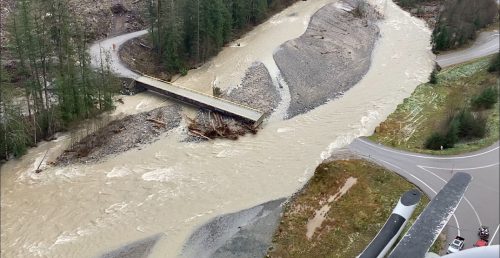 “We’re not simply building back what we have. We need to have [a] superior drainage system and account for climate change forecasts for many decades,” said Transportation Minister Rob Fleming.

“I don’t have a cost amount, but it will be a lot. I think the federal government is aware of that.

“We want to rebuild as quickly as we can, but we want to rebuild right, to new higher standards that are attuned to the realities of needing to adapt to climate change because extreme weather events like this are predicted to happen more frequently.”

On highways, the BC government will ask the federal government to help cover the bill, citing the rationale that these key transportation arteries have national importance to the flow of goods and people. Typically, Ottawa pays one-third of major projects like this, but BC will be pushing for a better deal from Prime Minister Justin Trudeau.

In the meantime, the province has already opened up expressions of interest from road building companies to try and get moving on the work.

The province’s agriculture sector was devastated by the floods, with the Fraser Valley and Abbotsford’s Sumas Prairie region particularly hard hit – where BC gets most of its poultry and dairy. 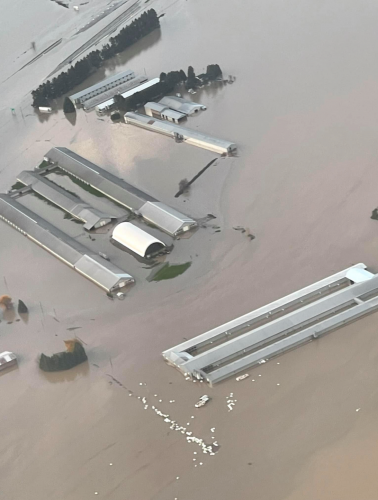 Aerial footage of farms submerged in Abbotsford, BC / Sophia Middleton

The first step will be to help overwhelmed farmers estimate their losses, said Stan Vander Waal, president of the BC Agriculture Council.

“I think it’s fair to say the number could be upwards of a billion dollars before we’re done,” he said in an interview.

“The other big risk is when you look at the current loss, but what’s the future loss? I’m a farmer with a long-term crop such as blueberries or raspberries. They might have to pull out and have no crop for five or six years. If I’m a dairy farmer, it takes me multiple years to bring back that heard and dairy rates.”

The province will need to offer immediate non-repayable grants to ensure farmers don’t go bankrupt in the short term, said Vander Waal. That’s on top of helping rebuild barns and homes, as well as clean up farmland contaminated by the toxic floodwaters.

The BC and federal governments have agreed to partner in paying for this too.

“We’re working with the utmost urgency with our federal counterpart to get those (aid) packages finalized,” said Agriculture Minister Lana Popham.

Show Me The Money

On immediate aid to evacuees and the agriculture sector, the money will need to come from what’s called the annual “operating” side of the budget. Think of it as your personal chequing account where money goes in and out. Spend too much, and you are in overdraft, or as the BC government calls it, “deficit.”

BC is already in the red on its operating side for this year due to COVID-19 spending, with a $1.7 billion deficit projected.

So whatever it adds for immediate aid packages will sink the province further into deficit this year. This includes financial aid to the more than 16,000 evacuees, as well as those particularly hard-hit in the town of Merritt.

Unlike your chequing account overdraft, there’s really no limit to the deficit BC can run in a given year. It has the room to create large immediate aid programs if it wants.

On the plus side, the latest fiscal update last month showed the province enjoying an enormous financial windfall of more than $3 billion this year from the red hot real estate sector – which, if it continues, will help offset disaster spending. BC also has $1 billion sitting aside in an emergency “forecast” fund it can empty.

BC can also spread its aid packages into its next financial year, with a new budget in February, kind of like how you’d spread out a purchase over multiple paycheques.

That money will come from a different part of the budget, called the “capital” side. Think of it like your credit cards, mortgage and line of credit – funds you borrow to make big purchases that you pay back over time.

BC has an immense, but not unlimited, ability to borrow here to pay for the billions in highway improvements.

The province already has $62 billion in what’s called taxpayer-supported debt it used to build other roads, hospitals, schools, bridges and major projects. Roughly three cents of every dollar you pay in taxes goes to just covering the interest on that.

Can it borrow more to pay for the highway repairs?

Yes, according to BC’s latest debt metrics last month, which showed room on the capital side. And if the economy continues to grow, it boosts BC’s borrowing power.

The main risk is if the provincial government borrows too much, too fast, then financial agencies could downgrade its credit rating, making it more expensive to borrow money.

Some have already been threatening to do that, given the cost of the COVID-19 pandemic response. One of those agencies, called Moody’s Investor Services, hit BC with a pre-emptive “credit negative” warning on Wednesday, saying it was worried after watching a year of disastrous wildfires and floods.

Premier John Horgan will have to take all of this into account as he charts a disaster recovery plan. How big is he willing to let the deficit rise this year to pay for immediate aid? How much is he willing to borrow to fund highway repairs while at the same time avoiding a credit rating downgrade?

In the meantime, his government continues to tell displaced residents, farmers and the general public that it will spend whatever is necessary to help people recover. Farmers, in particular, appreciate hearing that simple promise, said Vander Waal.

“They are truly at the point of saying, ‘We’re going to make you whole,'” he said.

“The big question is: How blank is the cheque?”