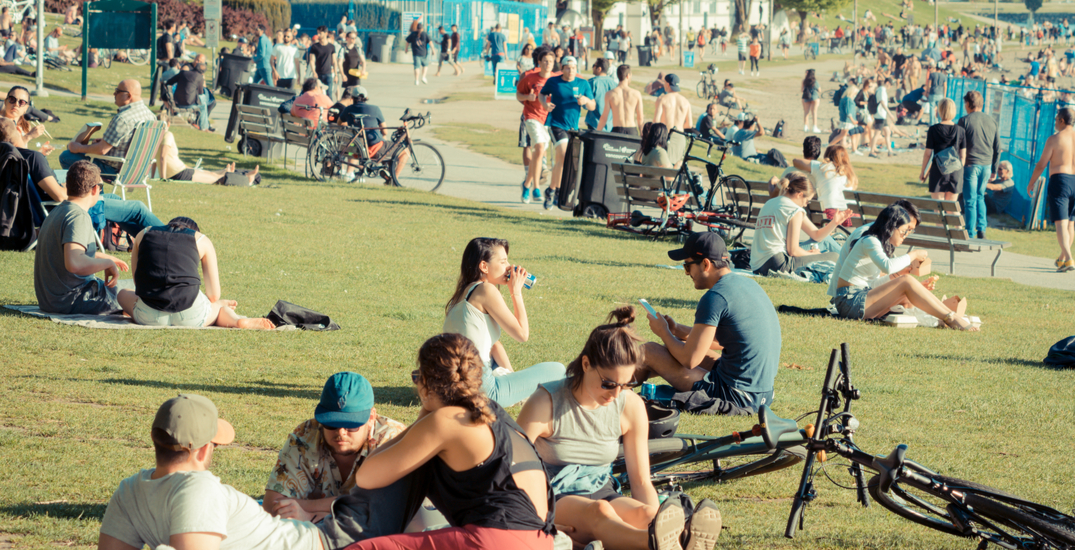 Despite some of the highest COVID-19 case counts in several months, health officials in British Columbia say that the rate of transmission is flattening and even decreasing.

But even with a lower rate of transmission, a gradual increase in cases and hospitalizations is still expected over the month of September.

The province continues to see cases in hotspots in parts of the Interior and the North, which are aligned with areas that have lower rates of immunization. Overall, cases remain low in the Lower Mainland, despite a few areas with increased cases. Henry also noted that, fortunately, many of BC’s hotspots saw the highest increase in COVID-19 immunization over the past week. 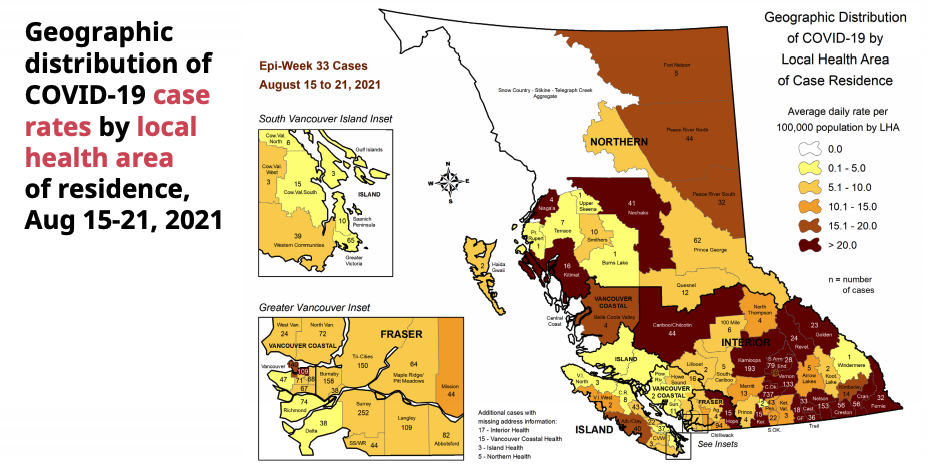 An updated dot plot further proves that parts of BC’s Interior continue to have the highest COVID-19 transmission in the province. Local health areas such as Golden, Grand Forks, and Nelson saw significant increases due to high levels of social interaction and low immunization rates. These areas were challenged, however, because much of the population was moving due to wildfires and experienced difficulties with being immunized. 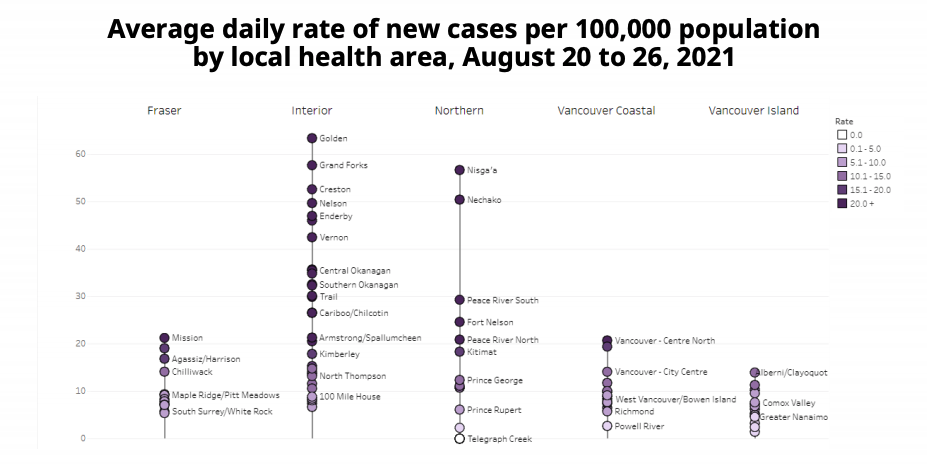 The good news, Henry says, is that the Central Okanagan, which had a regional COVID-19 outbreak declared earlier in the summer, has levelled off and is seeing decreased transmission. Fraser Health and Vancouver Coastal also remain low, with the exception of areas around the Downtown Eastside.

Health officials also addressed the rapid increase in COVID-19 cases that was seen between the middle and end of July. Henry says that to put it into perspective, approximately 50% of the cases seen last month were related to Interior Health — which represents 15% of the population.

And while hospitalizations have crept up, they have levelled out. Fortunately, deaths remain low.

“What we’re seeing is this has become a pandemic that is spreading rapidly amongst pockets of people who are unvaccinated,” Henry said. “For people who are fully vaccinated, so having two doses of vaccine… hospitalizations have been low.”

As for case distribution by age count, the increase is driven by younger age groups (19-39), as well as those between 40 and 59-years-old.

“We know, in that age group, they were the last of our age groups to be able to access immunization and we know that they’re highly connected in that age group,” she explains. “Parents, working social connections where this virus can take advantage of those who are unvaccinated and spread rapidly.” 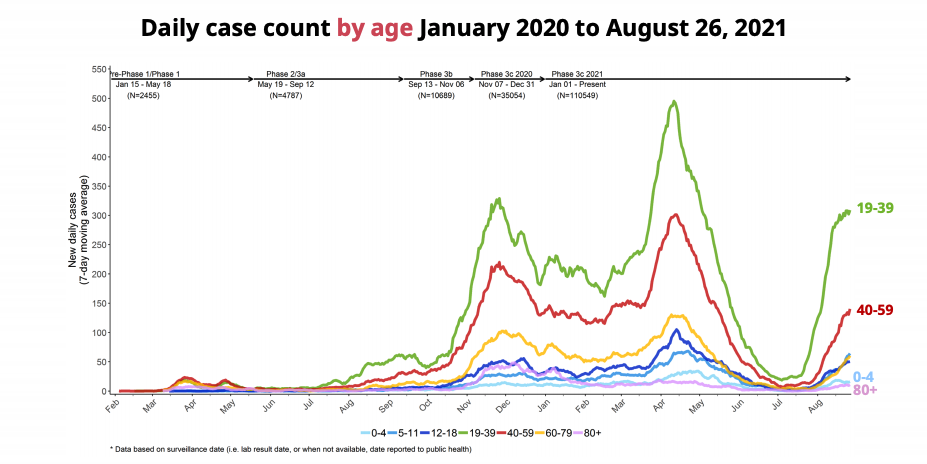 Health officials have also adjusted their dynamic modelling to account for age structure and vaccination levels around the province. Based on this, Henry says that the reproductive number (Rt) is on the decrease.

It’s estimated that in mid-July, the reproductive number hit a peak of 1.5, meaning that every case would be transmitted to approximately one or two more people. The province has since seen a flattening rate of transmission and, despite the higher numbers currently being seen, case counts are no longer growing or doubling at the same rate.

The reproductive number of the COVID-19 virus in health regions (BC Gov).

“For every person infected, they’re passing it on to one other person and that means that our trajectory is going to be continuing,” Henry says. “What we want to be able to do is reduce those infectious contacts, so the chances we’re going to transmit to somebody else, and bring it down below one.”

Dynamic modelling was also used to predict what COVID-19 cases and hospitalizations might look like over the coming month, while still accounting for immunization rates, a more infectious virus, and increased hospitalizations among some people.

A lower transmission scenario over September (BC Gov).

The first model shows a lower transmission scenario that shows a “gradually steady” increase in the number of cases over the next month, as well as slightly increasing hospitalizations.

It won’t, however, be increasing at the rate that cases and hospitalizations did during the second and third waves.

Dynamic modelling showing moderate COVID-19 transmission in BC (BC Gov).

In the case of a moderate transmission scenario, which involves the virus having a reproductive number higher than one, there would also be an increase in the rate of cases, as well as increasing hospitalizations.