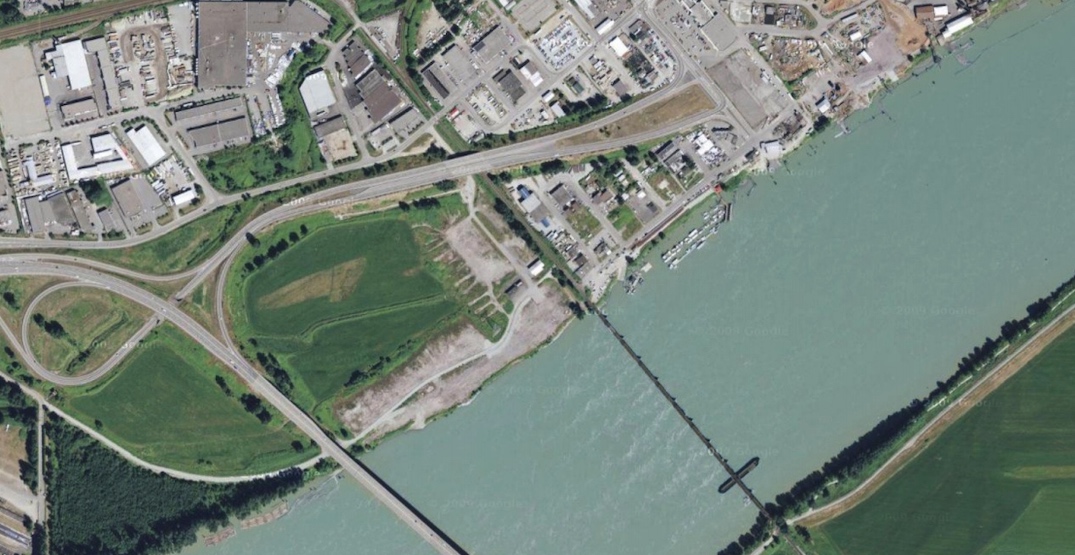 Aerial of the existing condition of the Mission Waterfront aerial. (District of Mission)

The future revitalization of the waterfront in Mission has been a key priority for Pam Alexis in her first year in office as the district municipality’s mayor.

In 2020, the project, simply known as Mission Waterfront, will begin an extensive land use planning exercise that develops potential detailed plans, identifies the possible redevelopment phases, and seeks public feedback.

The site of this area spans 230 acres — roughly a quarter of the size of Stanley Park — in an area south of Lougheed Highway, with the Abbotsford-Mission Highway crossing through. It entails the Junction Shopping Centre, industrial properties, the 80-acre Mission Raceway, and large vacant undeveloped lands immediately adjacent to the Fraser River. 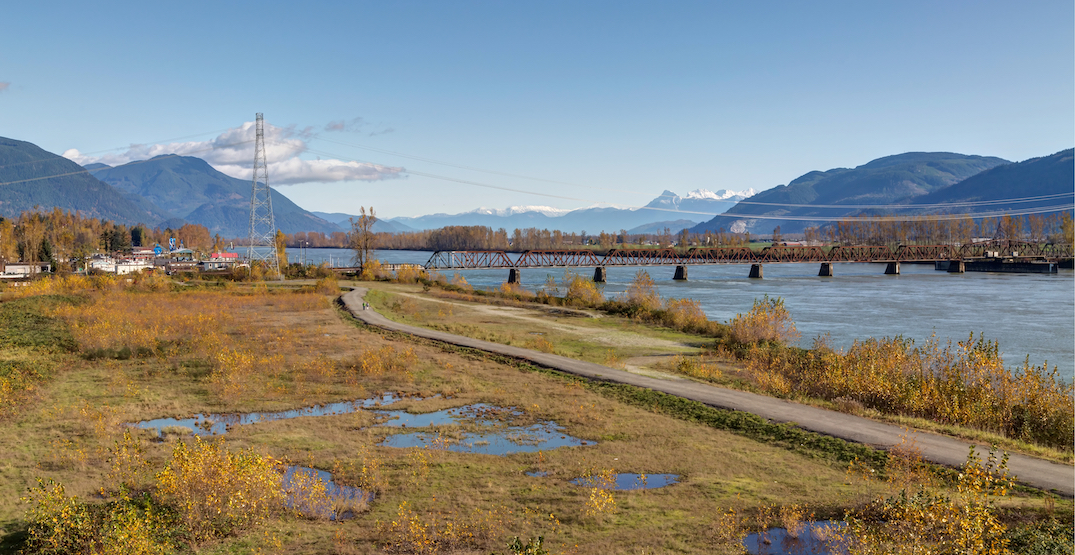 A mix of housing options and types — including affordable housing and rentals — for up to 40,000 people could eventually be built in Southwest Mission, along with a mix of commercial and industrial jobs in Mission Waterfront, as well as a wide range of supporting infrastructure, public spaces, community amenities, cultural amenities, and green infrastructure.

It would be a transit-oriented community, oriented around an active transportation strategy, and with distinct precincts.

“The municipality is investing in a proven, comprehensive, and strategic process based on the best lessons of globally successful waterfront revitalization initiatives,” Alexis told Daily Hive in an interview, noting that the municipal government has contracted a consultant who was integral to Waterfront Toronto.

“It is an ambitious plan and it certainly will come with challenges, so we are looking at partnerships to tackle these challenges together. We actually have the largest undeveloped waterfront in the Lower Mainland.” 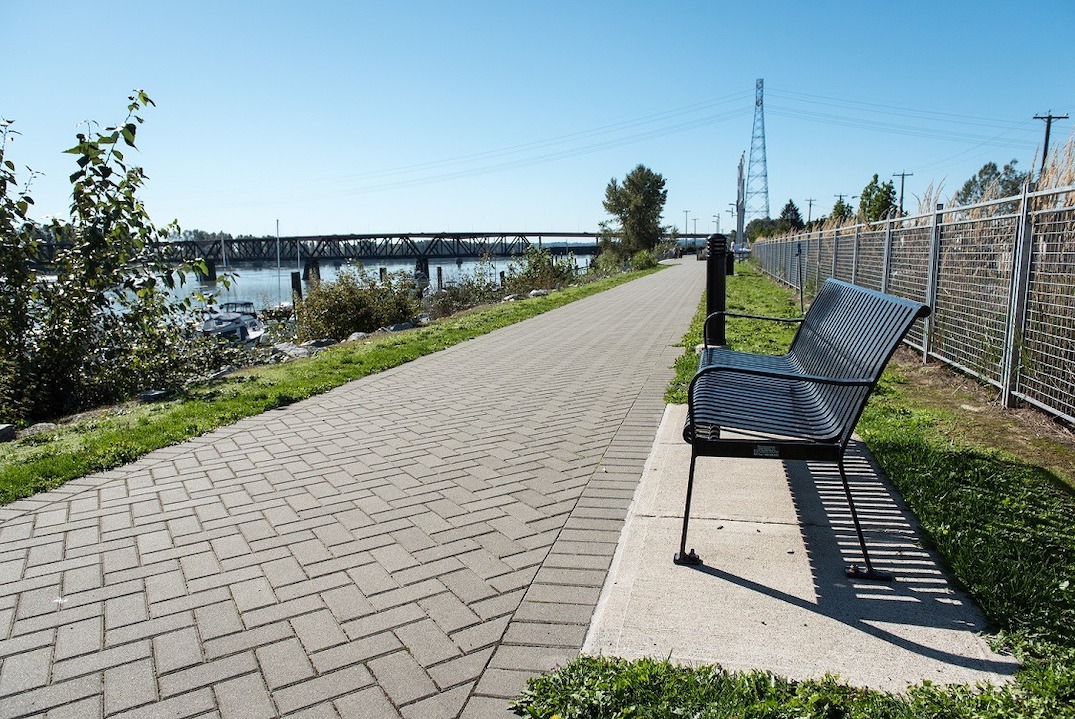 Existing public walking path along the Fraser River in the Mission Waterfront area. (District of Mission)

This is not the first time Mission has drafted plans for its waterfront; initial concepts of a high-density, mixed-use community on the waterfront were first created in 2006, shortly before the financial crisis, and further study layering on early work was conducted over the past decade.

The latest work for Mission Waterfront builds on the foundations of previous work, but this time the conditions are markedly different.

In recent years, as a result of worsening housing affordability in Metro Vancouver, the municipality has become an attractive location for young first-time homebuyers looking eastward to settle. Average home prices as of this summer were hovering just above $700,000, under the average home prices of even Metro Vancouver’s easternmost municipalities.

Older populations currently living in larger homes are also looking for options that allow them to downsize and stay in the community, but many cannot find suitable alternatives, so there is a trend of moving to Abbotsford and Chilliwack, says Alexis.

She says there is clearly an upward demand for more housing supply in Mission. 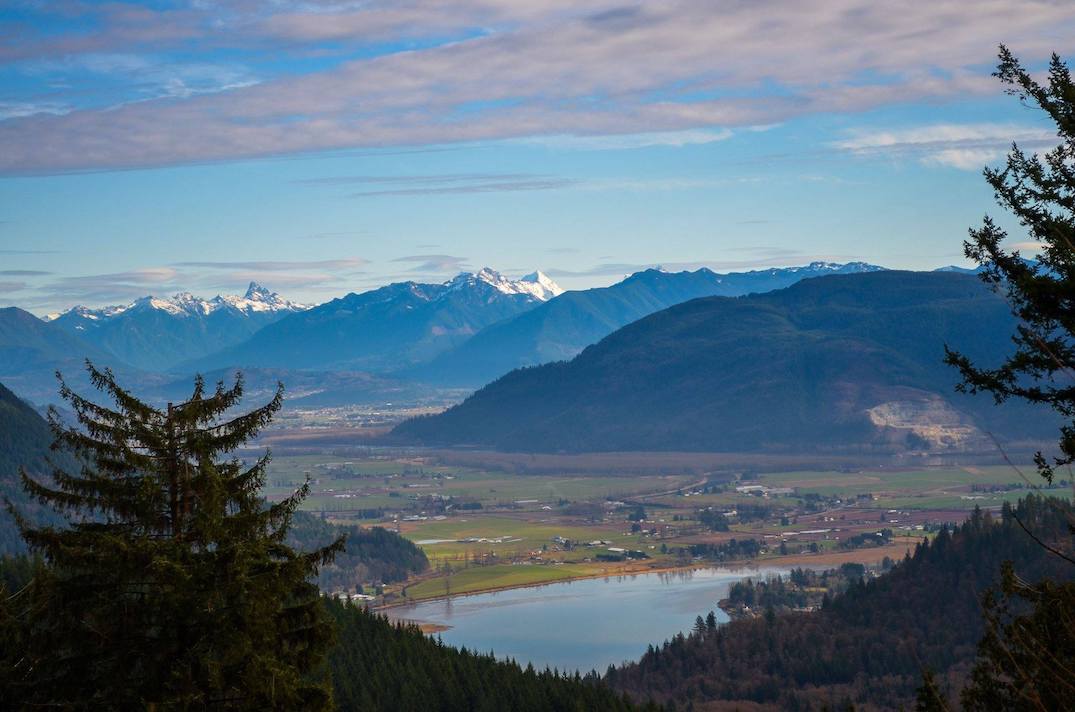 Aerial view of Mission and the wider Fraser Valley. (District of Mission)

The latest population projections by the Fraser Valley Regional District account for this eastward population shift. By 2041, Mission is anticipated to have a population of nearly 56,000 people — up from 39,000 people today, and 34,500 in 2006.

“We have to change the picture of who we are right now. Knowing all of this population growth is coming, we have decided to revitalize our waterfront. We need to ensure we have plans in place to accommodate this type of growth,” she said.

A focus on employment growth

Alexis says the municipality already faces a problem that will likely intensify if it chooses the route of inaction: there is an exodus of its residents daily, as approximately 70% of Mission’s population leave the jurisdiction every day for work and school.

For these reasons, Alexis says “the key transformation priority for Mission Waterfront is employment growth,” such as an innovation district, business incubation, job training opportunities, and post-secondary institutions.

“Over time, this [exodus] just doesn’t build community and lifestyle, and there is an impact to family life. We need to provide more employment to Mission to provide balance,” she said.

Intensifying opportunities for industrial businesses is also a major priority for the jobs strategy of Mission Waterfront, especially with Metro Vancouver’s industrial space shortage, which has forced a growing number of industrial businesses further east and into the Fraser Valley. Molson Coors, for instance, was unable to find a new brewery site within Metro Vancouver to replace its now-closed Burrard Street plant in Vancouver, so it ultimately relocated to Chilliwack. 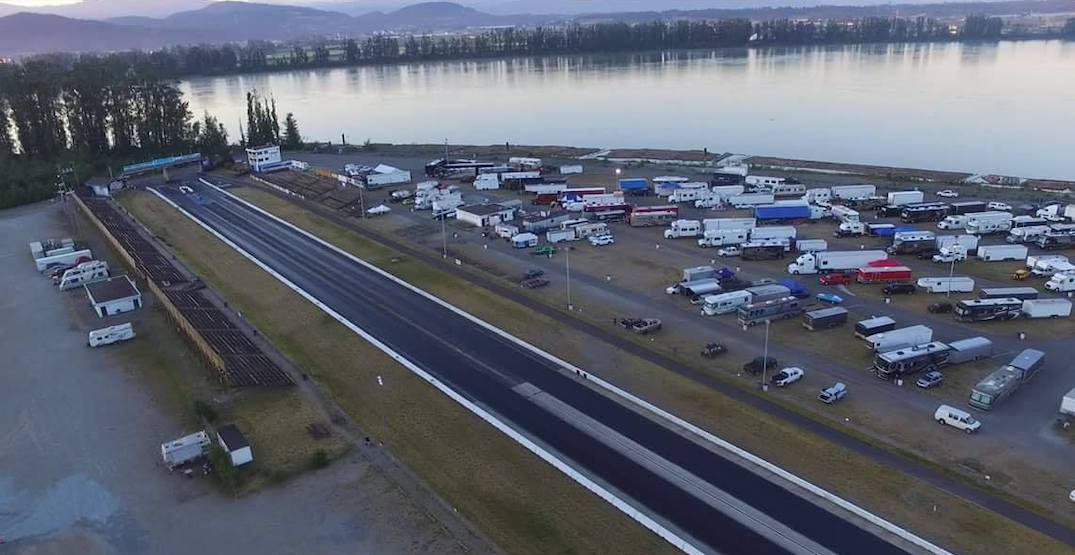 Various transportation improvements have been envisioned to better accommodate not only potential freight but also the new residential and commercial density.

For manufacturing, the river’s edge already has zoning for barge loading, and there is freight railway access to all points south to the United States and west into Metro Vancouver. For arterial public transit, TransLink’s Mission City Station on the West Coast Express is located on the eastern edge of Mission Waterfront.

Depending on market conditions, Alexis says the full buildout of the district could take between 20 and 30 years.

And unlike the market conditions 15 years ago when the first waterfront plan was drafted, developers are increasingly looking at development opportunities in the Lower Mainland’s easternmost areas.

Vesta Properties is building a new 74-acre neighbourhood called Latimer Heights next to Langley Township’s Carvolth Exchange, complete with nearly 2,000 homes as a mix of single-family dwellings and multi-family dwellings ranging from townhomes to tower condominiums.

South of Mission, the city council for Abbotsford recently gave city staff the green light to continue early analysis that further considers WeTown — a futuristic, 91.5-acre high-tech, high-density city with homes for as many as 29,000 residents and businesses and post-secondary institutions creating as many as 18,000 jobs.

Within Mission itself, in 2017, Polygon Homes and Madison Development Corporation formed a partnership to acquire 710 acres of the Silverdale lands in the southwest area of the municipality for long-term development opportunities.

The Abbotsford-Mission Highway Bridge on the Fraser River. (District of Mission)

Editor’s note: The article has been corrected to state Southwest Mission could see future developments providing housing for up to 40,000 residents.