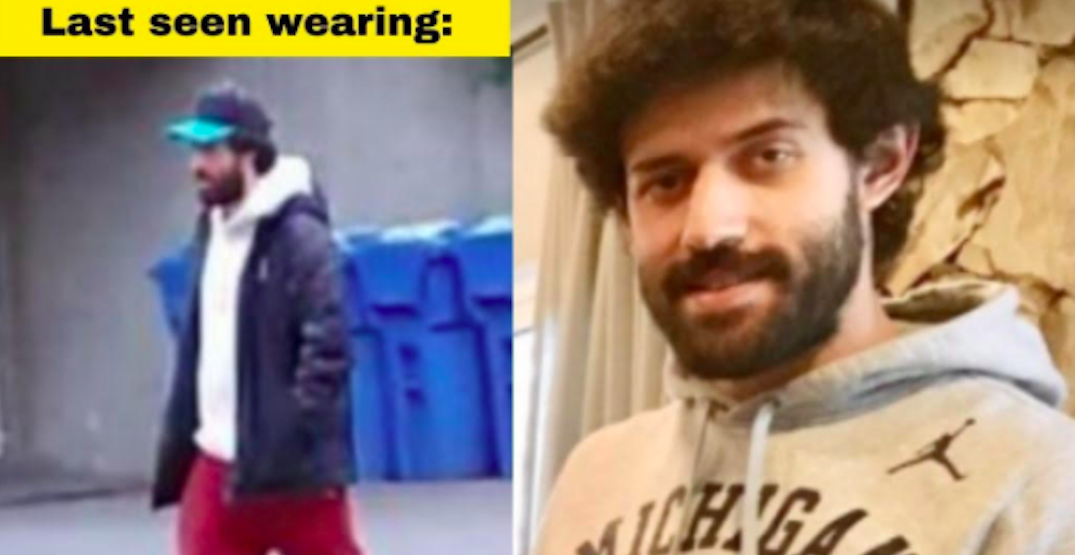 Friends and family of a missing Surrey man are offering a $10,000 reward for any information on the man’s whereabouts.

According to Surrey RCMP, Bernard Grempel was last seen on May 14 and was reported missing from his residence in the 10000 block of 150 Street on May 16.

Grempel’s family and friends “are concerned for his well-being as it is out of character for him not to check in with them on a daily basis,” police said.

According to those close to him, Grempel is known to travel via transit and to areas in Coquitlam and Vancouver. His parents are seeking help from anyone who may have information on his whereabouts. Surrounding cities and online communities such as North Delta, Surrey/Guildford, and all SkyTrain stations now have posters, with the reward and contact information. 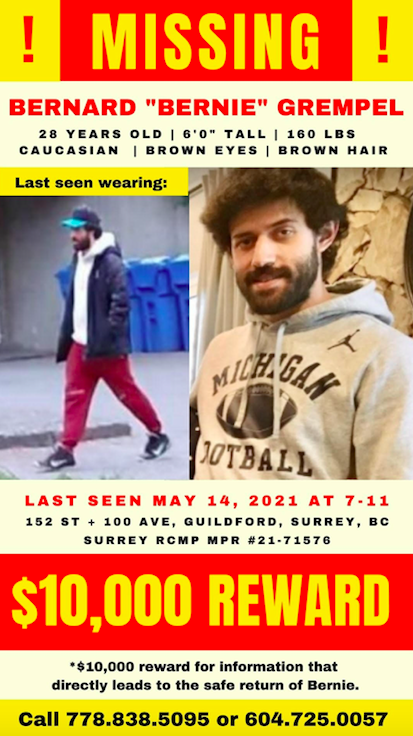