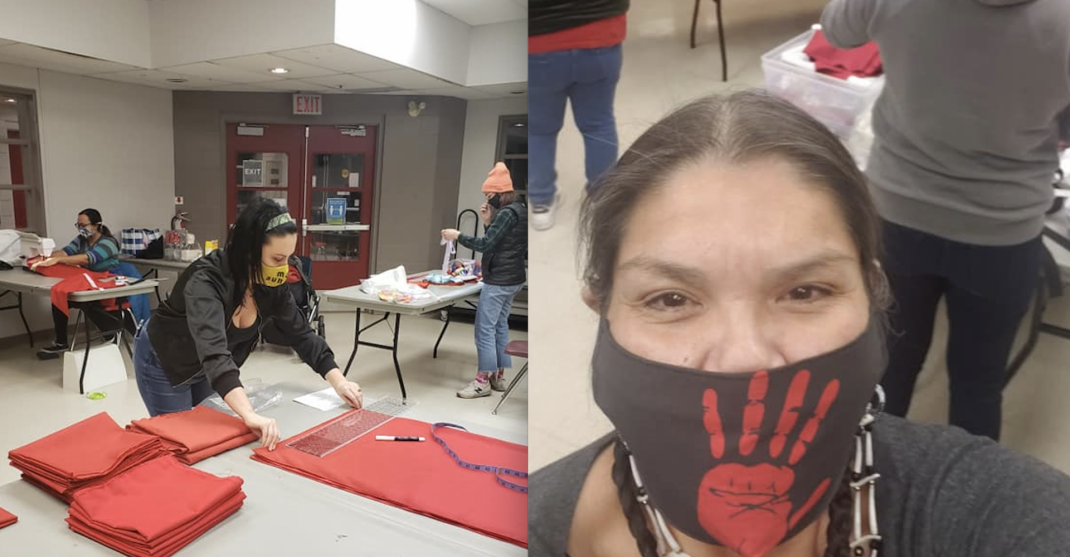 For weeks leading up to this year’s Women’s Memorial March in Vancouver, a group of volunteers was busy sewing red ribbon skirts for the annual event.

The group met twice a week to sew 116 ribbon skirts to be worn at the march.

“You wear a ribbon skirt to identify yourself that you … are a life-giver and it gives you a sense of pride,” Jamie Smallboy, project lead of the Red Ribbon Skirt Project, told Daily Hive.

Smallboy explained that making the skirts is a ceremony in itself. It is about solidarity and sisterhood. It’s about being in a safe space. 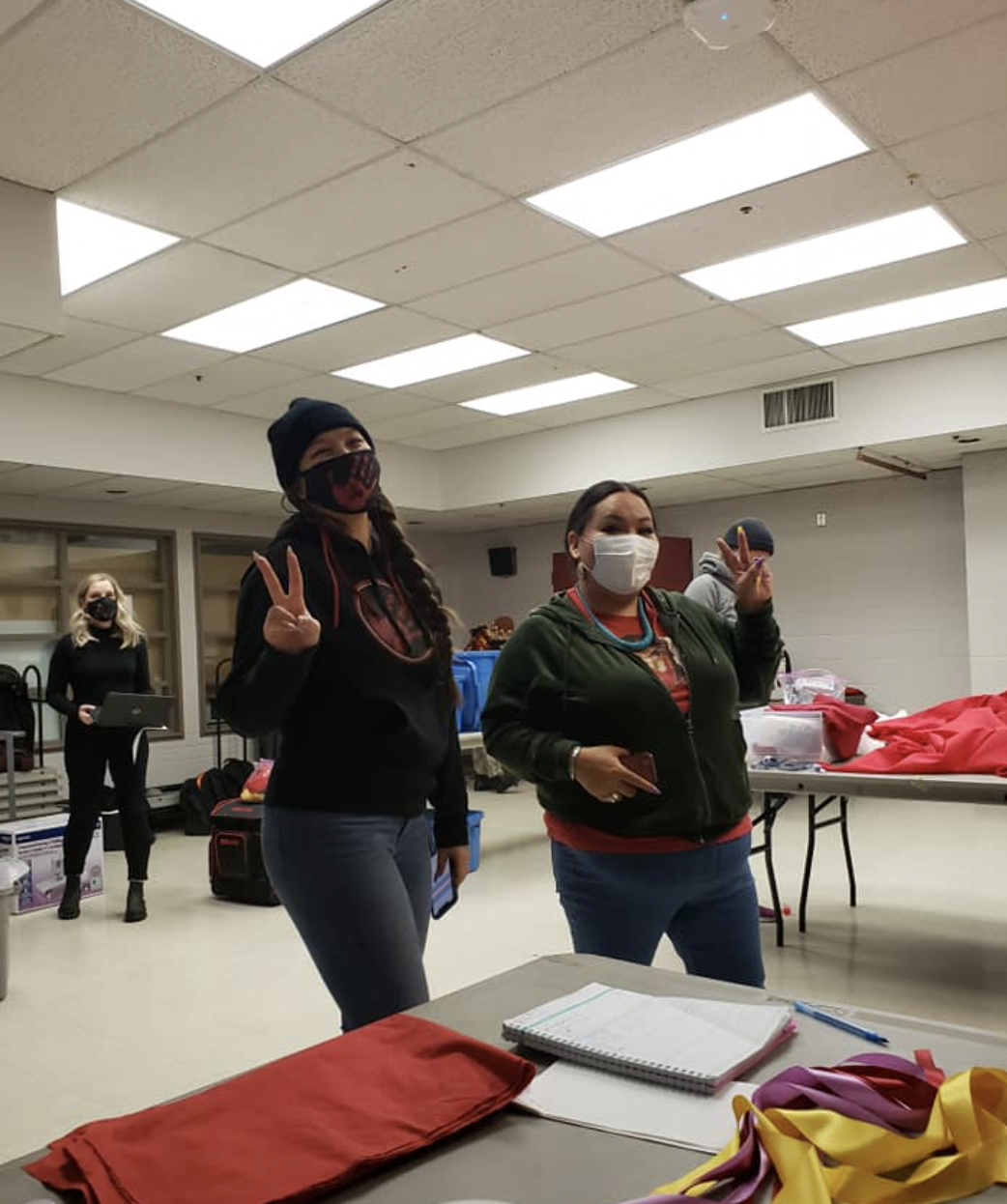 “Every woman that sits at that sewing machine is thinking about the victims who were left behind and the young girls growing up and the targets that are on their backs. So prayers go into making these skirts.” 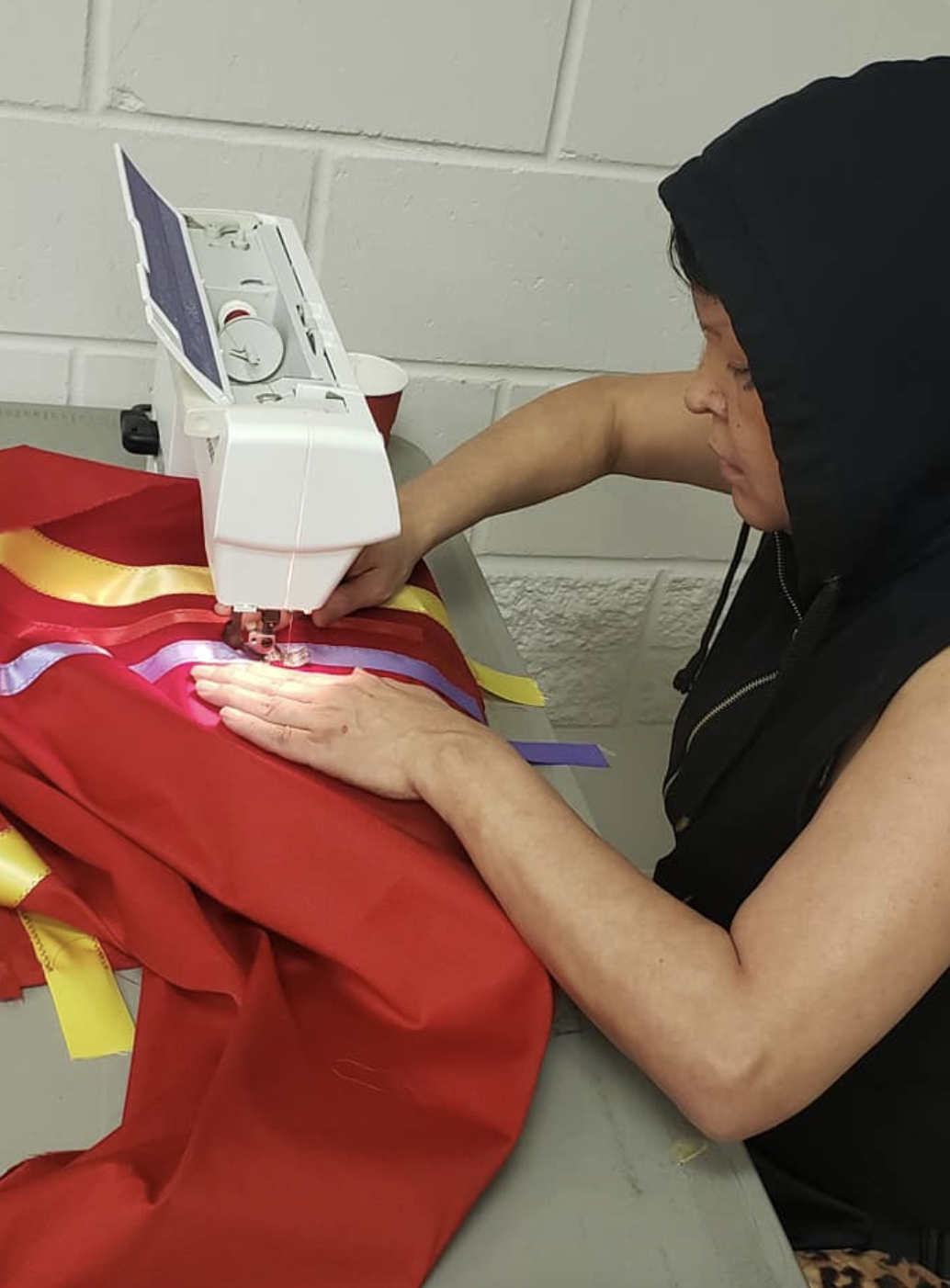 The skirts are red because, as Smallboy explained, the Cree Nation believes red is a colour spirits recognize once they enter the spirit realm.

“Hopefully these women that have been murdered will see their loved ones marching in a parade of red and they’ll come and march with them that day.”

For Smallboy, participating in the Women’s Memorial March in the Downtown Eastside has been an important part of her life since 2011.

“I was very lost and homeless, and one day I heard the drums downtown. I honestly wondered if I was hearing things because I didn’t know Indigenous people were allowed to drum on the street.”

With the systemic oppression of Indigenous people in Canada, Smallboy said she’d forgotten that Indigenous people were entitled to certain things and had the right to engage in their culture. Walking towards the drumming sounds, she was afraid of turning the corner and realizing that there was no one actually there. 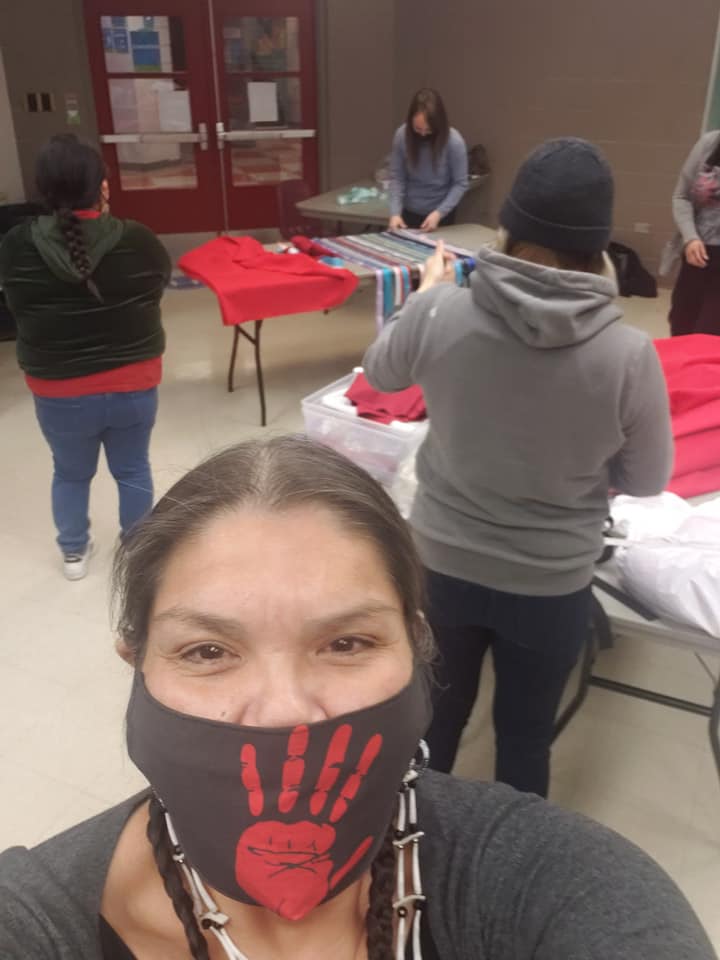 “For a brief second, I scared myself and thought, what if I turn the corner and there’s nothing there? What if I’m losing my mind? I turned the corner, and there were hundreds of women marching, there was drumming and singing, and praying, and there was medicine. I was flooded with emotion. I asked someone what was going on and they said it was for the missing and murdered Indigenous women. It just made me cry.”

Smallboy is no stranger to the violence and danger faced by women — especially Indigenous women — in Vancouver’s Downtown Eastside. She knows of women who took care of her while she was homeless who still remain missing to this day.

“I didn’t know how to survive downtown. I came from a reserve, from foster care. And these girls, some of them I still don’t know where they are. They were very kind-hearted people. They were hard of course, but they cared enough about a stranger and taught me how to keep warm and build little shelters. But one day they’re part of your life and the next you never see them again. It’s devastating.” 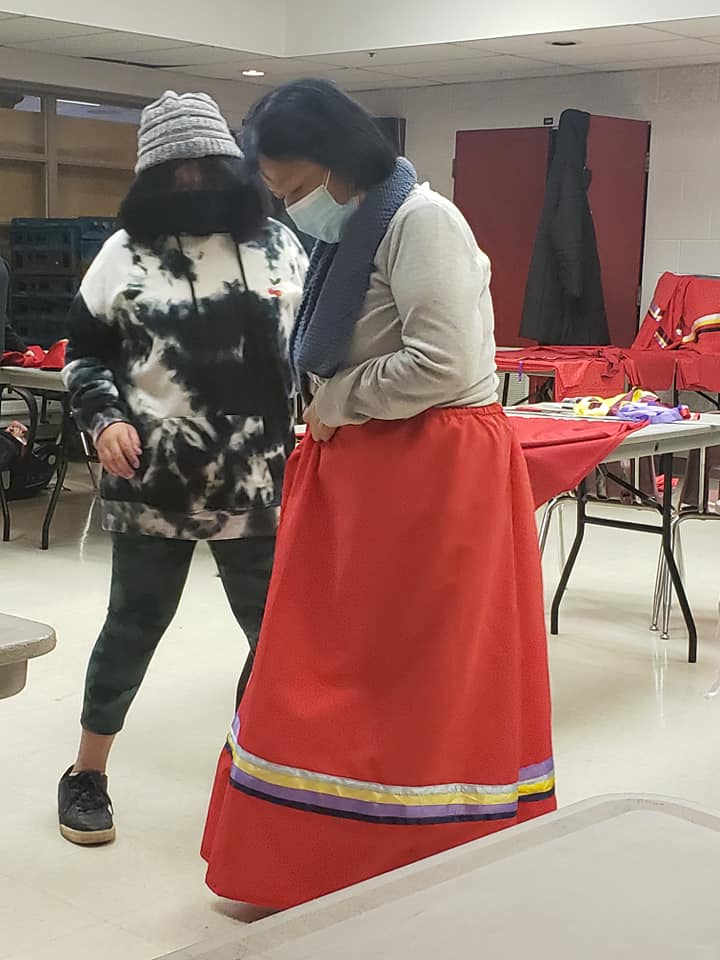 For Smallboy, hearing those drums at the Women’s Memorial March that day in 2011 made her feel connected to her roots, and she said this helped her start a path towards healing.

“It reminded me of who I was when I was little before day school. Day school and the abuse I went through altered my life permanently,” she said.

“I was reminded that I’m an Indigenous woman, a life-giver, and that I should be proud that I give life, and that’s a position that should be respected and honoured, and because I’d been so dormant in that part of my life for so long, I’d lost touch with a lot of that.”

When Smallboy started to go to ceremonies again, she didn’t have a ribbon skirt, having given up on her Indigenous regalia a long time ago. Folks in her community saw the efforts she was making to find her culture again and gifted her one.

“To be honoured with a skirt showed me that I was important. It showed me love and acceptance. And it revitalized who I was as a Native woman.”

Part of Smallboy’s healing process was being taught how to make ribbon skirts. When she came back to Vancouver, she started the Ribbon Skirt Project.

“I thought about so many missing and murdered women; all of these fallen life-givers that Canadian society doesn’t care about. And the sad thing is that being in the city, they don’t get the ceremony they should’ve gotten when they were deceased. That’s what the giving of the skirts back to the families is about — it’s ceremony.”

This is the second time that Smallboy’s Ribbon Skirt Project was part of the Memorial March in Vancouver.

Now, more and more women are reaching out to help and learn how to make ribbon skirts. Smallboy is asking all Canadian communities to take part in the Red Ribbon Skirt Project. She says she’s getting some interest from Winnipeg and Alberta.

“It’s about making that connection, even if just for a day.”