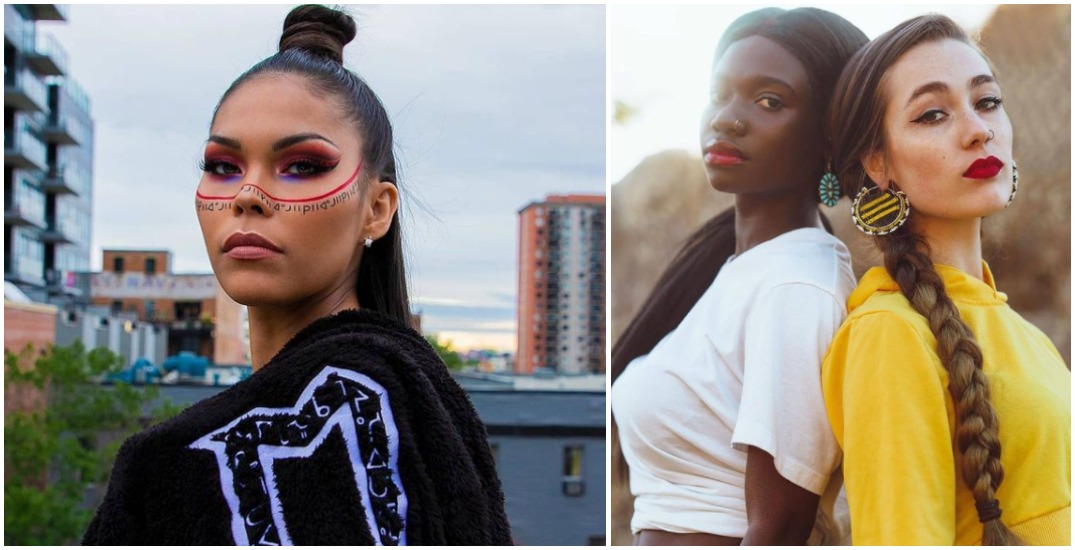 Written for Daily Hive by Brandi Morin, an award-winning Cree/Mohawk/French journalist based in Alberta.

During an afternoon walk in early January, Jennifer Harper reminisced about her remarkable journey of creating an Indigenous beauty brand.

Armed with a love of makeup and a vision to empower Indigenous youth, the new entrepreneur started with lipstick and lip gloss. She also unleashed a wave of inspiration across the nation.

“I thank the Creator…I hated my old job,” Harper told Daily Hive in a telephone interview. 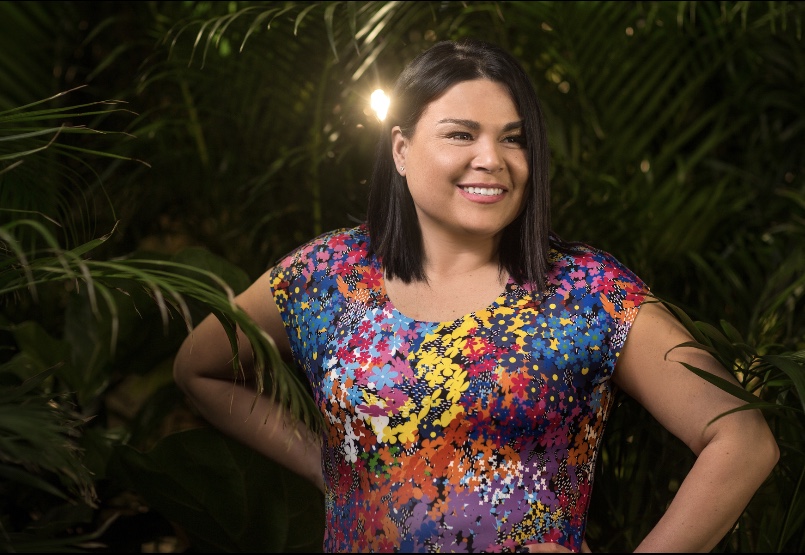 Now Cheekbone is bursting with success, recently launching an eco-friendly packaged lipstick line and opening a warehouse with over a dozen employees.

She launched Sustain lipstick in March 2020, just before the COVID-19 pandemic hit.

“It’s definitely been an insane year,” she said, half laughing then taking a deep breath of relief.

“But, thank goodness for the incredible community surrounding Cheekbone. We formulate our products on our own, learning as we go. Others have big beauty brands testing their products, we don’t.” 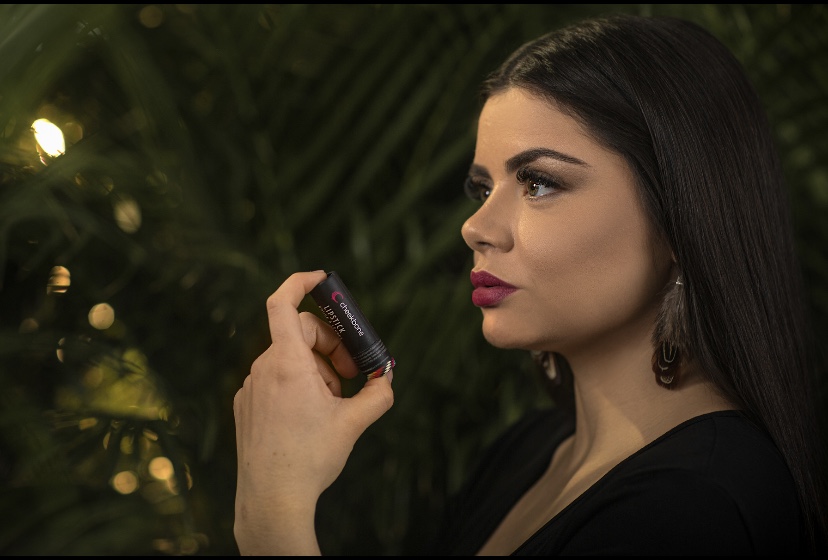 SUSTAIN lipsticks are made with 85 percent less plastic and printed with biodegradable paper made out of vegetable dyes. Cheekbone has an ambitious goal to produce zero waste by 2023.

Harper spent decades working in high-end sales before stepping away to build Cheekbone Beauty in 2016. That took courage because she wasn’t raised to live outside the status quo, she said.

“I came from a family where there wasn’t much talk of big dreams or vision. Honestly, I didn’t think it would be possible to own my own business.”

After watching CEO’s manage corporations Harper was selling for, she had an epiphany that she could do what they did.

But she not only wanted to create makeup, she also wanted her business to have meaning and to empower Indigenous youth.

Harper had been displaced from her Anishinaabe heritage growing up, but learned about the horrors of colonialism, her grandmother’s experience in the residential school system and intergenerational trauma in her adult years.

This motivated her to give back to Indigenous youth via donating 10 percent of Cheekbone Beauty profits to First Nations youth education from the get-go. Then the inspiration, and the stylish, elegant look and feel of Cheekbone’s makeup took off.

The brand elevates and celebrates Indigenous women via its brand ambassador program, “Cheekbone Warriors.” Influencers from across North America are regularly featured donning Cheekbone makeup on its social media platforms.

Since the beginning, Cheekbone has highlighted strong Indigenous women doing amazing work in their communities.

Its Warrior Women lipsticks are named after notable Indigenous women like Ashley Callingbull, a Cree woman from Enoch Cree Nation, AB who won the Mrs. Canada title in 2015; Autumn Pelltier, an Anishnaabekwe water protector from Wikwemikong Unceded Territory in Northern ON; and Melina Laboucan-Massimo, an Indigenous rights advocate from Lubicon Cree Nation, AB.

For the first four-and-a-half years, Cheekbone ran out of Harper’s basement. She just moved Cheekbone into a 2,000 square foot warehouse in St. Catherines and hired her 15th employee — with the help of a $350,000 investment from Raven Indigenous Capital Partners in June 2020.

“We formulate our products on our own and are obsessed with creating sustainable products that won’t impact the next seven generations. We’re taking our time, to do this right and in a sustainable, loving way while showing love for the earth,” said Harper.

She credits much of her success to the mentorship of Bite Beauty co-founder Doug Langmuir. Bite Beauty was acquired by Kendo in 2014 and is carried exclusively at Sephora.

Although retired from the cosmetics industry, Langmuir recognized a drive in Harper that he says is rare after meeting her through a mutual friend. He hopped on board to help edify Cheekbone.

“I’ve met entrepreneurs: they don’t get it, they’re not going to make it,” Langmuir told Daily Hive.

“But I never thought that about Jenn. In this business, you better be innovating constantly. You need to be a visionary and Jenn has that in spades.”

He says she’s the real deal. Building a company and seeing it through is a relentless stream of battling hurdles, barriers and problems that “beats down the mediocre.”

“But Cheekbone has a powerhouse in Jenn. It’s because she wants to effect her community. But this brand is going to bled through to non-Indigenous people in the high-fashion markets because of its innovation, raw ingredients and sustainable packaging.” 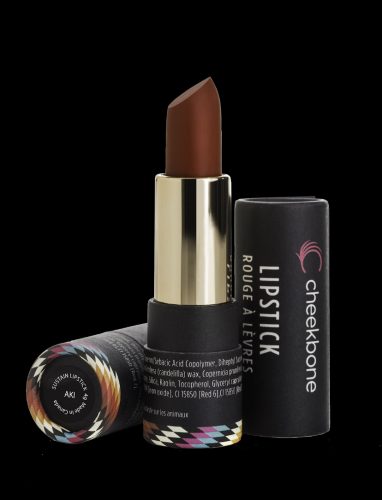 Now, Harper’s high-grade, signature lipstick is one of the only ones on the market that is sustainable with biodegradable packaging. That means not tested on animals, with vegan options, and paraben-free makeup. Others offerings from Cheekbone include contour sets, blush, and eye shadow.💄

Cheekbone products are soon expanding to include eyeliners made from wood only sourced from organizations that protect endangered forests.

“I’m always thinking about how we can support/sustain our planet and longevity for business,” she says.

First off, we want to sustain Indigenous youth, and then how can we create more safe and ethical makeup. At the end of the day, it’s educational work, but also to make a great, amazing lipstick.” 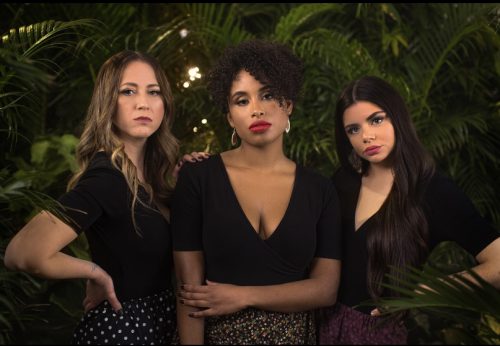