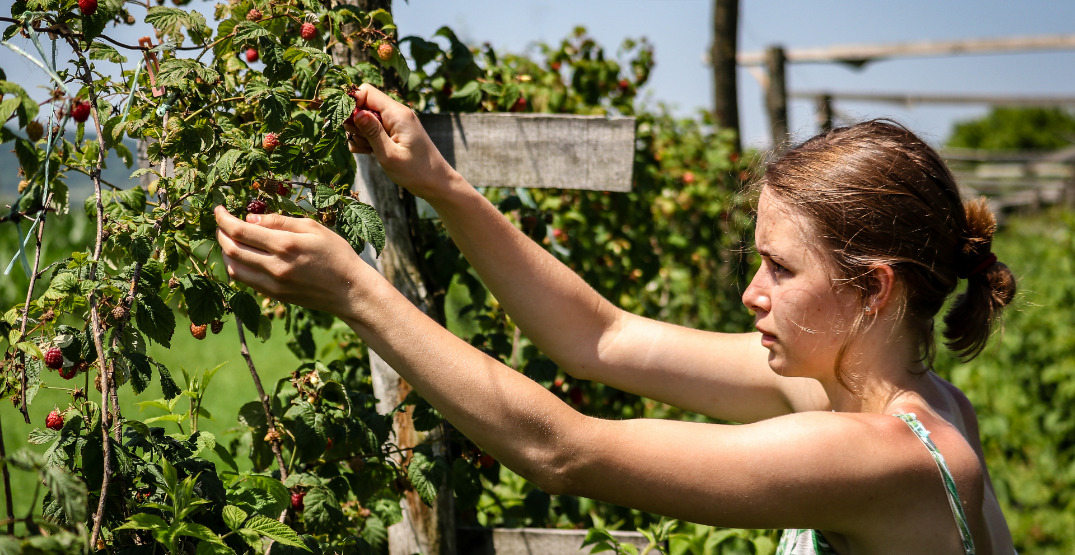 A teenager picks berries on a farm (Rahmanjinov/Shutterstock)

The legal minimum age for employment in British Columbia is currently 12 years old, but come this fall, the BC government will finally bring their rules in line with international standards.

The new rules will come into effect on October 15, but will also outline jobs that people under 16 can still do.

“Work experience can be a rewarding growth opportunity for young people, but it should never compromise their safety,” said Labour Minister Harry Bains. “We know that most employers make safety their top priority for all their workers, and these changes clarify what types of employment are age-appropriate for young workers.”

This move was initiated in the spring of 2019 through legislative changes to the Employment Standards Act.

14- and 15-year-olds will be able to do what the statement from the province calls “light work.” Lifeguards, camp counselling, light farm work, retail and food service work were some of the examples listed.

Children who might have part-time babysitting or newspaper delivery jobs won’t be impacted by the change. The same goes for young performers in recorded and live entertainment.

Also, if the business or farm is owned by an immediate family member, a child 12 and up can continue to work as long as the owner of the business meets safety standards.

Before this change, BC was actually the only province in Canada that allowed children 12 years and up to work in potentially dangerous work environments.

Data from WorkSafe BC suggests that more than $1.1 million has been paid in job-related disability claims for workers 14 and younger between 2007 and 2016.