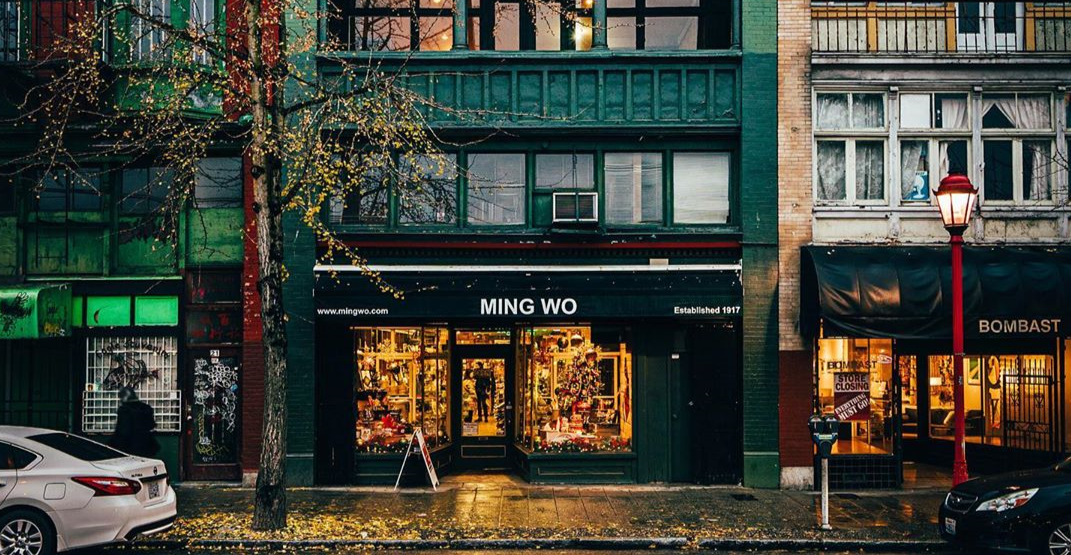 After serving its community for more than 100 years in Vancouver, legendary establishment Ming Wo Cookware closed the doors to its historic Chinatown location last week — a decision that wasn’t easy to make for the family who ran the business.

In a phone interview with Daily Hive, spokesperson Fontaine Wong calls Ming Wo’s flagship store at 23 E Pender Street her family’s home, where they have lived.

“We lived here with my grandfather and grandmother, my aunt and uncle, my mom and dad, and my brother and sisters — it’s more than just a business,” Wong said.

Wong told us how her grandfather, Wong Chew Lip, founded the now-iconic local business back in 1917, when it was originally called Ming Wo Hardware after immigrating to Canada from China a few years earlier.

“Hardwares were, in those days, more of a general store… they carried everything from, you know, nails and hammers, to pails to lightbulbs, stationary,” Wong said, “Whatever the community needed.” 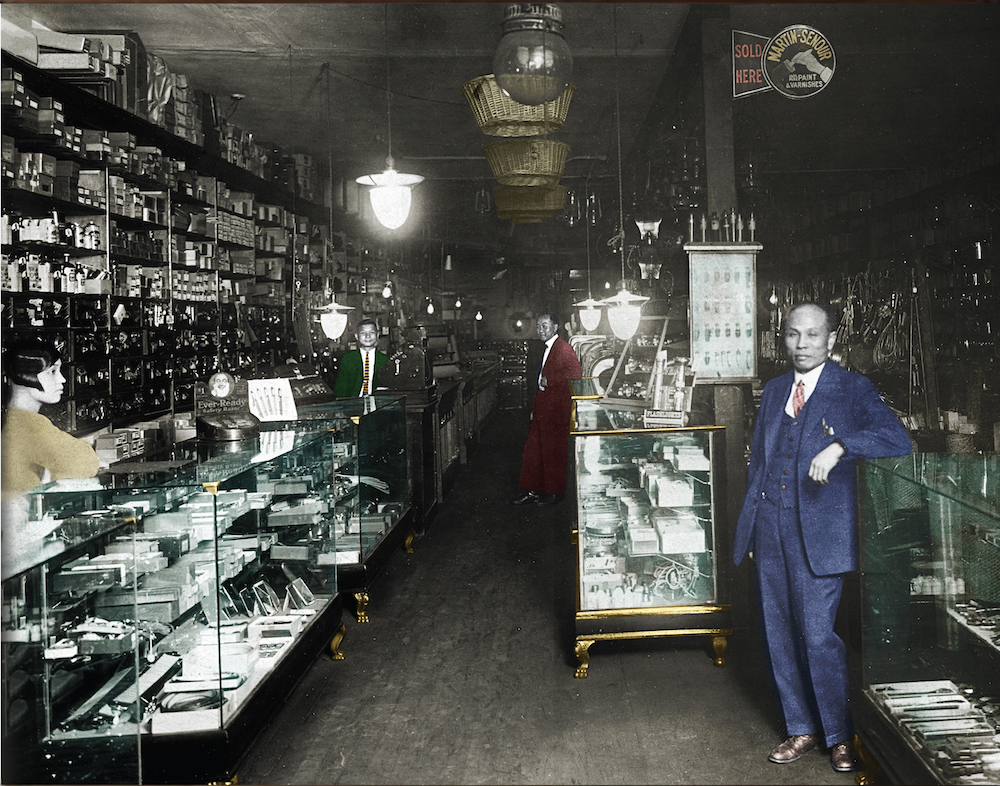 Wong said soon after the store opened, restaurants started to pop up in Chinatown, “cooks and chefs came into the store and the demands grew for more kitchen and culinary tools and that’s how my grandfather started importing a lot of this cookware,” Wong said, “as the demand got bigger, we slowly changed over from being a hardware store to a cookware store.”

Wong said hardware stores operated in the early 1900s very different compared to how some retail stores are run today — explaining that if you worked in retail then, you would be wearing a suit and tie.

“They had to retail the product and know the product well, and it was taken as a very serious occupation,” she said. “My grandfather even had sold guns because there were hunters and farmers.”

Wong said it was in the early 1970s that her family, including her father, aunt, and uncle, decided to expand Ming Wo’s business, taking it to other areas across the Lower Mainland, including Coquitlam, Richmond, North Vancouver, Surrey, and Victoria, to name a few.

“All the kids, stayed in the business regardless… after school, whatever, and weekends, we all worked at the store,” Wong said, “As we opened more stores, some of the kids would take on positions in the store only after they finished university… we did have part-time jobs throughout our high school and university years too.”

Wong said the staff at the Chinatown location had been there for a minimum of 20 years and that most are close to retirement. She told us that now that the store has closed, they will be ending their retail careers.

Wong’s family and Ming Wo’s staff are what the community is crediting for making the business so special — and keeps locals and professional chefs coming back.

Matt Murtagh-Wu, aka The Dumpling King, said that he was disappointed to hear that Ming Wo announced its Chinatown location would be closing, calling its service “amazing.”

“The staff in there were invested in your experience buying from them,” he said, “It was just like a cornerstone of the neighbourhood.”

Adding, “They were always so helpful and it was so straight forward and earnest in what they did.” 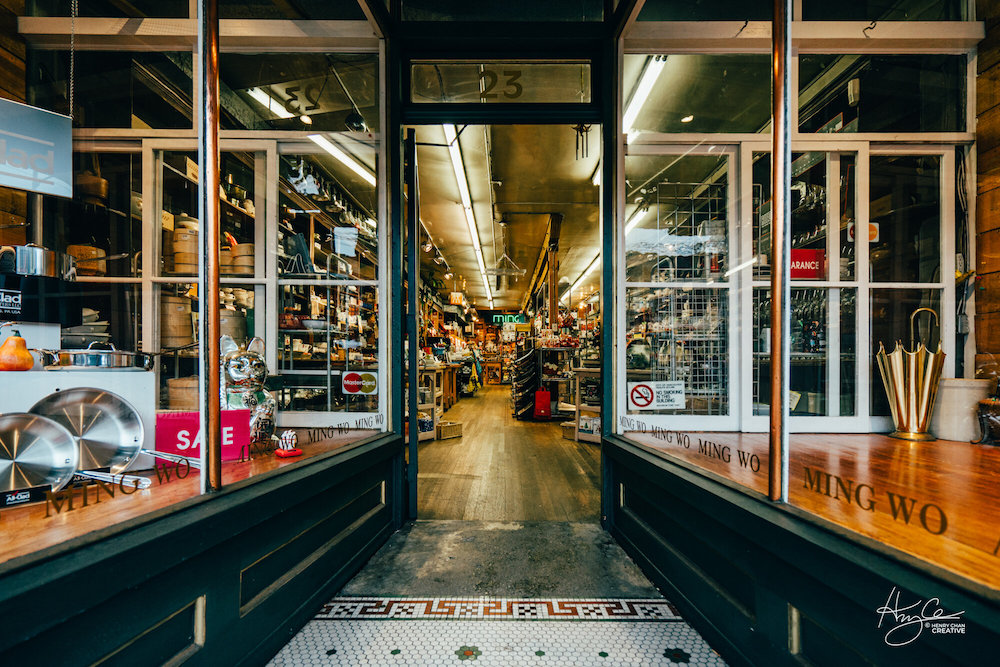 He said he will “miss my laughs with them and wish them all the best for the future,” and Tacofino’s Head of Operations Anthony Sterne said, “Everyone at that location treated their customers, myself included, with exceptional customer service.”

Café Medina‘s Robbie Kane said Ming Wo Chinatown was always his go-to and he was there often, “They were always able to help us out in a pinch and if they didn’t have what we needed immediately in stock, they would have it sent from their warehouse or another location and called me when it arrived. They knew before I asked what I was there for,” and, “I can’t recall a visit that there was not a chef I know or a culinary student there buying what they needed. They were great supporters of the hospitality community.”

The Diamond‘s Ash MacLeod said they love Ming Wo and have been lucky to have the store nearby, “There’s something special about being a patron for years, seeing the same staff each visit and building a rapport for the better part of a decade that you don’t often see in modern retail. It’s been a pleasure to call them neighbours and their closing will create a void that we hope is filled by another values-based business with such exuberant character.” 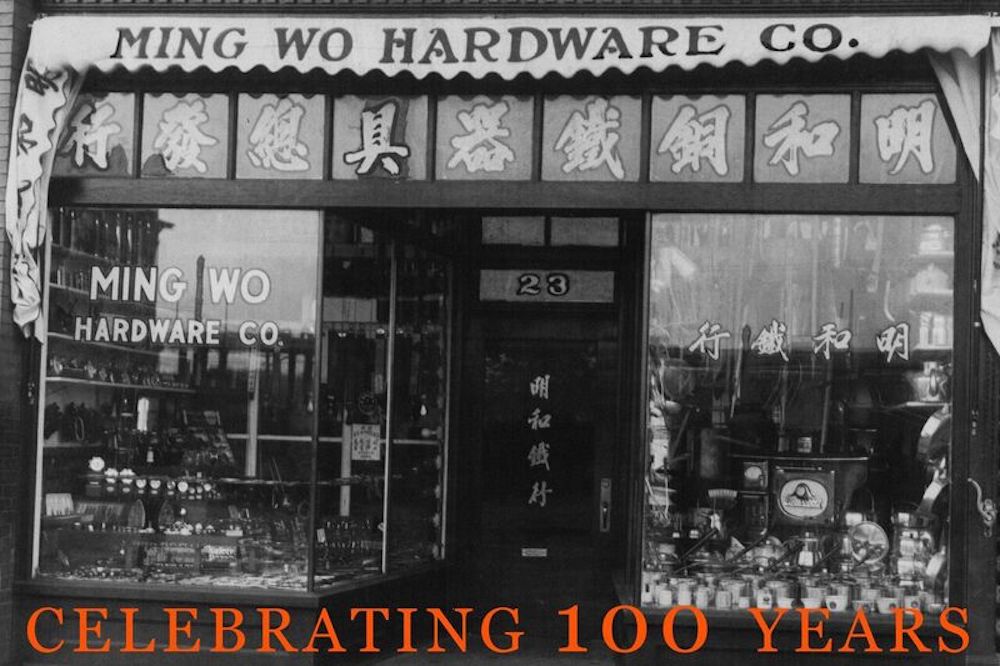 Looking back at Ming Wo’s time in Chinatown, Wong said it’s been rewarding to hear stories from customers, and the “every customer that has come through the door has come through as a generation.”

“We just want to thank all the people that have come through the doors and… they’ve really made an impact on us,” Wong said, “Without customers and the people coming in, we’re just a store — but they made our store into a story.”

The original Ming Wo Cookware store in Chinatown closed on February 28. The remaining locations in Vancouver and the Lower Mainland will continue to operate.