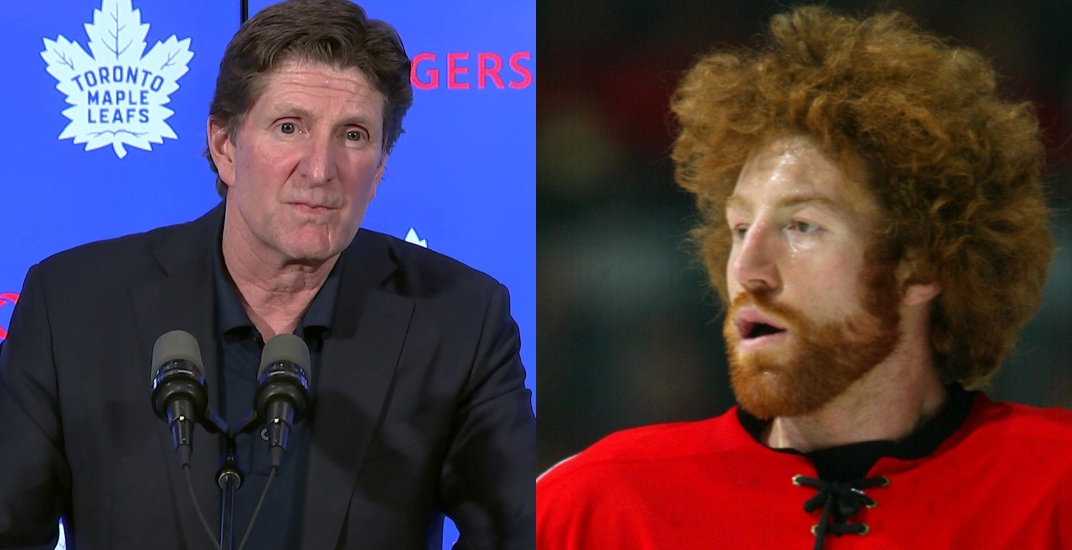 Mike Babcock was fired by the Toronto Maple Leafs today.

Nobody was happier about it than former NHL defenceman Mike Commodore.

The retired pro hockey player is the biggest Babcock hater on the planet, and he isn’t shy about sharing those thoughts, posting stuff like this on Twitter (often with a few curse words mixed in) on a semi-regular basis over the years:

Dear Mike Babcock…The game is great, the nets are fine. You think you are bigger than the game, but you aren't. Shut up. Period.

Good morning Folks! Is there anything better than taking a #babcock to start your day? Here is to a great day Folks! pic.twitter.com/BjF3vq0Geg

So when Babcock got the axe in Toronto, you didn’t really expect Commodore to take the high road, did you?

Yep, he holds a grudge.

Commodore joked that he had been “dreaming about this moment for years.” At least, I think he was joking?

He certainly wasn’t joking about calling the fired Leafs bench boss “arrogant” and a “total failure.”

Here’s how Commodore reacted to the news:

Folks….I have been dreaming about this moment for years……

Hey Mike Babcock….The entire Maple Leaf organization has had it with you….The Players & the entire Front office are sick and tired of your arrogance…#PackYourShit and beat it you piece of shit.

Hey Mike Babcock….you are a total failure in Toronto….let that sink in you arrogant prick.

Hey Mike Babcock….your daily National TV time is over. Finished. You are a fraud. Nobody gives a shit what you have to say anymore. Let that sink In you arrogant prick.

Hey Mike Babcock….simply put your players quit on you. They quit on you because you are a terrible human being. You are an average coach with an extremely oversized ego. You finally got exactly what you deserve you selfish prick. The hockey world is ecstatic.

Babcock rubbed Commodore the wrong way during his playing days.

Commodore got to know Babcock while a member of the Anaheim Ducks organization in 2002-03. Babcock cut Commodore, who was 22 at the time, saying he was out of shape, which the defenceman disputed.

That eventually led to Commodore telling off the coach, which is always a good way to get shipped out of town. He was traded to the Calgary Flames before the end of the season.

The two were together again in Detroit in 2011-12 after Commodore reluctantly signed there as an unrestricted free agent — fearing that Babcock didn’t like him and wouldn’t give him a chance. Commodore was 31 years old at the time and thought this could be the end for him if he wasn’t put in the right situation.

Commodore wound up appearing in just 17 games before getting traded to Tampa Bay. It ended up being the last season of his NHL career, which also included stops in New Jersey, Carolina, Ottawa, and Columbus.