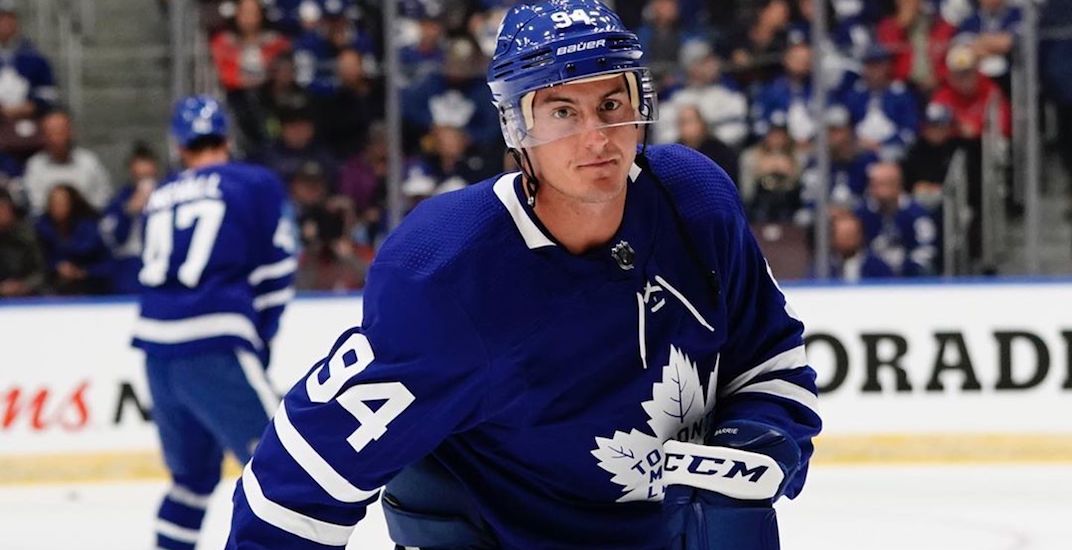 With six straight losses, an injury bug that’s hitting worse than any season in recent memory, and the “fire Mike Babcock” train picking up steam, the Leafs are in fairly dire conditions to save their season.

A month and a half into the year, the Leafs have yet to see many positive results of a roster overhaul from the offseason.

Sportsnet’s Elliotte Friedman reported on Saturday that teams have contacted the Leafs about trading for Tyson Barrie, the centrepiece of the summer trade with Colorado for Nazem Kadri.

After just 23 games with the Leafs, Barrie has no goals and seven assists – disappointing numbers for a player who has put up three seasons of 50+ points (and one of 49) in the past five years.

It’s a worrying trend to say the least.

But in a nutshell, trading away Tyson Barrie would serve no benefit to the Leafs as of right now.

Despite his early struggles, Barrie might have the NHL’s best cap hit for a top-tier defenceman. With general manager Kyle Dubas smartly having Colorado retain half of Barrie’s cap hit, the Leafs are on the hook for just $2.75 million this season.

There simply isn’t a single defenceman in the league who plays as much as Barrie that counts as little as he does on the cap, outside of Dallas’ Miro Heiskanen who is still on his entry-level contract.

If the Leafs were to part with Barrie, there’s just few ways they could come out on top from that deal. In a tight cap crunch for this season, their best bet would be to look for an entry-level player, prospect, or draft picks. But they’d also be banking on the opportunity to find a player as impactful as Barrie can be, and it’s unlikely they’ll be able to find a marquee defenceman available at the same price anytime soon.

The Leafs are still a win-now team

Although it might seem like the sky is falling in Toronto, it’s far too early to consider this season a lost one. To throw in the towel would be a waste, as there’s too much talent on the roster to not have the chance of a strong run. With just under 60 games left to play, it isn’t unfathomable to imagine the Leafs’ fortunes can fare a little better.

And if the Leafs are going to turn it around, it’s players like Barrie who need to be making the biggest contributions to the team.

Few Leafs defencemen have a peak at the level of the 28-year-old, with only Morgan Rielly topping Barrie’s career high in points. Moving Barrie would more likely than not downgrade the roster, which would be counterintuitive to the Leafs’ end goal.

And with uncertainties as to whether they’ll be able to hold onto Barrie past this season, it would make sense to optimize his value in the one-year window they do have with what can be a very solid defenceman when he’s on his game.

The Leafs would have another lineup hole to fill

With Barrie initially bumped out of the top-four last night to play on the third pair alongside Travis Dermott, Justin Holl got his opportunity in the top-four against Vegas. But it’s hard to imagine that as a long-term move, as Barrie still finished second on the team in ice time.

As the Leafs sit eighth in the NHL right now in goals, the offence isn’t really a glaring issue, so it seems that the Leafs would look to move Barrie for, well, another defenceman, presumably one with more term on his deal.

But if the Leafs put their focus into simply winning every trade from how many years they have left on their contract, they’ll still be in need of a true top-four defenceman on the right side.

If the Leafs are still out of the playoff picture come trade deadline, Tyson Barrie will still likely have the appeal league-wide for another blockbuster trade.

But for a team with three-quarters of the season left to play, it seems like Barrie’s value could be best used by simply getting the most out of him that they can.

Most importantly, the Leafs should trust the process. A plus-minus statistic of -11 jumps out to the casual observer, but there’s more to his season than a few ugly numbers.

Barrie is carrying an on-ice save percentage of just .886 at 5v5, which means that the goaltender behind him is letting in a goal more than one in every ten shots against.

But his possession stats (a 55.4% 5v5 Corsi-for percentage) have been the best of his career, and an individual shooting percentage of literally 0% has to turn around at some point. Much of Barrie’s slow start comes down to, well, a little bit of a bad start and a decrease in power play time with the team’s top unit.

But on paper, it’s hard to really find anything that Barrie’s failing at doing, and over the course of the season, his fortunes should begin to correct themselves.

It’s been said there are no quick fixes in sports, and with good reason. Tyson Barrie hasn’t been off to the best of starts in Toronto, but there’s reason to believe that he can be a key part of the team’s turnaround.