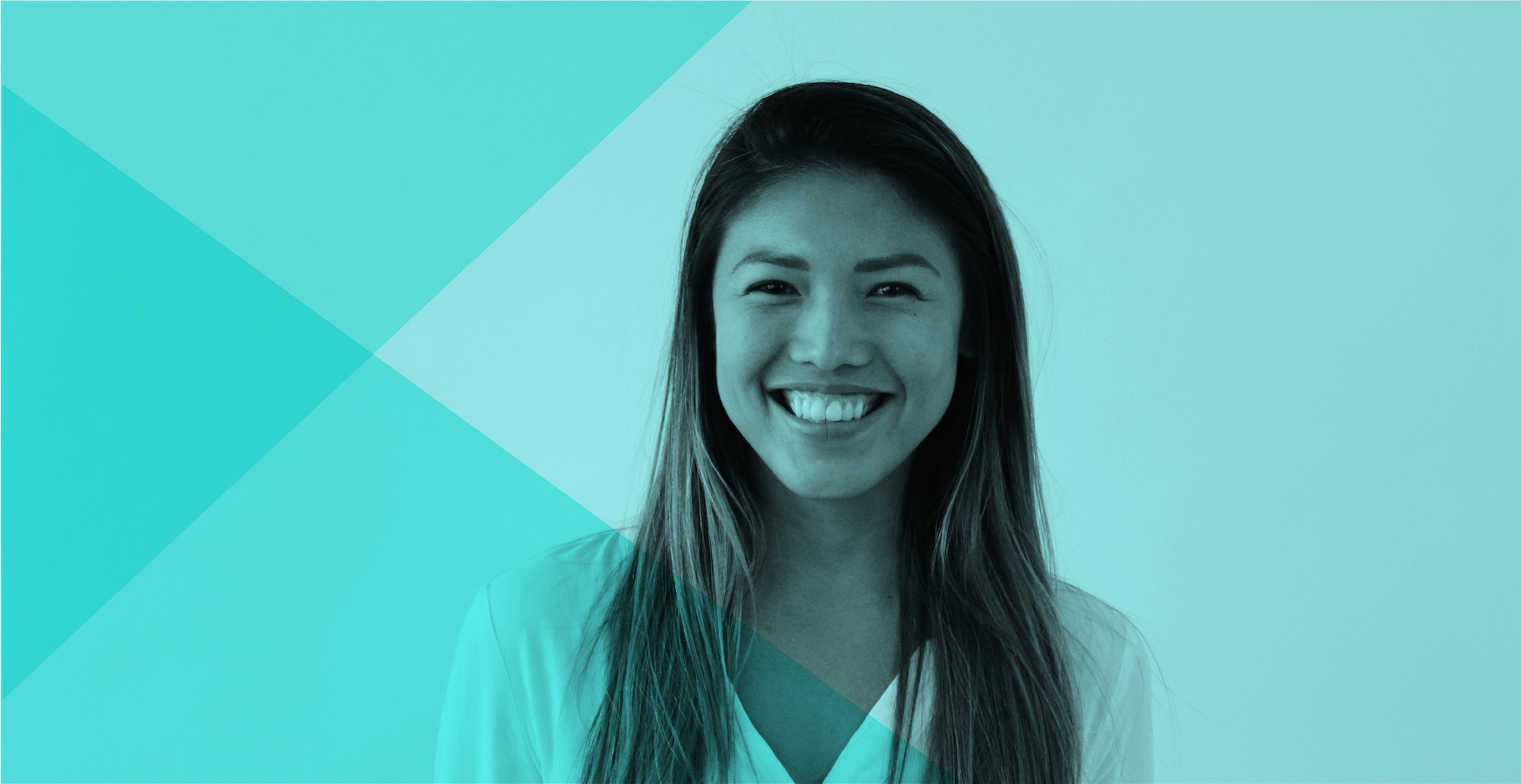 Daily Hive’s “Something or Nothing” series features both up-and-coming and established entrepreneurs from around the country and asks them why they do what they do, their biggest failures, success strategies, and more. Know someone who should be featured? Let us know.

Vessi Footwear was not Mikaella Go’s first Kickstarter campaign. Before launching the footwear company, Go – who immigrated to Canada at the age of 13 – and her partner Tony had started nine other brands through the crowdfunding platform.

But they knew from the start that Vessi was something special. So while they were ecstatic their first campaign raised over USD $1 million, they weren’t too surprised that the company was quickly gaining traction.

After all, they created the world’s first 100% waterproof knit shoe in Vancouver. They were destined to succeed.

What started as a team of three in 2017 has now grown to over 15, and they have no plans of stopping that growth anytime soon.

We had the pleasure of chatting with Go to learn more about her life prior to Vessi, why she started the company, what it’s like to be in a romantic relationship with your business partner, and why it’s important to build the right team. 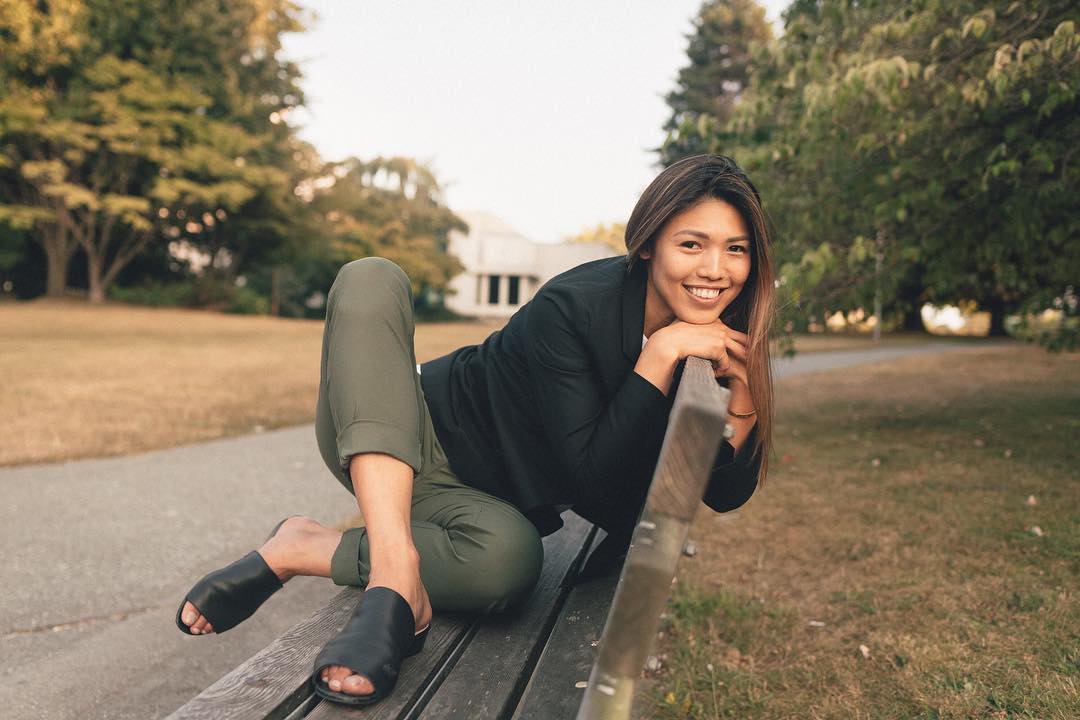 We like to think of ourselves not just as a footwear company, but more as a tech company that uses footwear to drive change towards sustainable processes. When we created Vessi, we reinvented the process of creating knit shoes, and by doing that we ended up saving 880 gallons per pair. We have almost 0% waste, and we’re continuously building different technologies so we can create different types of sustainable products. 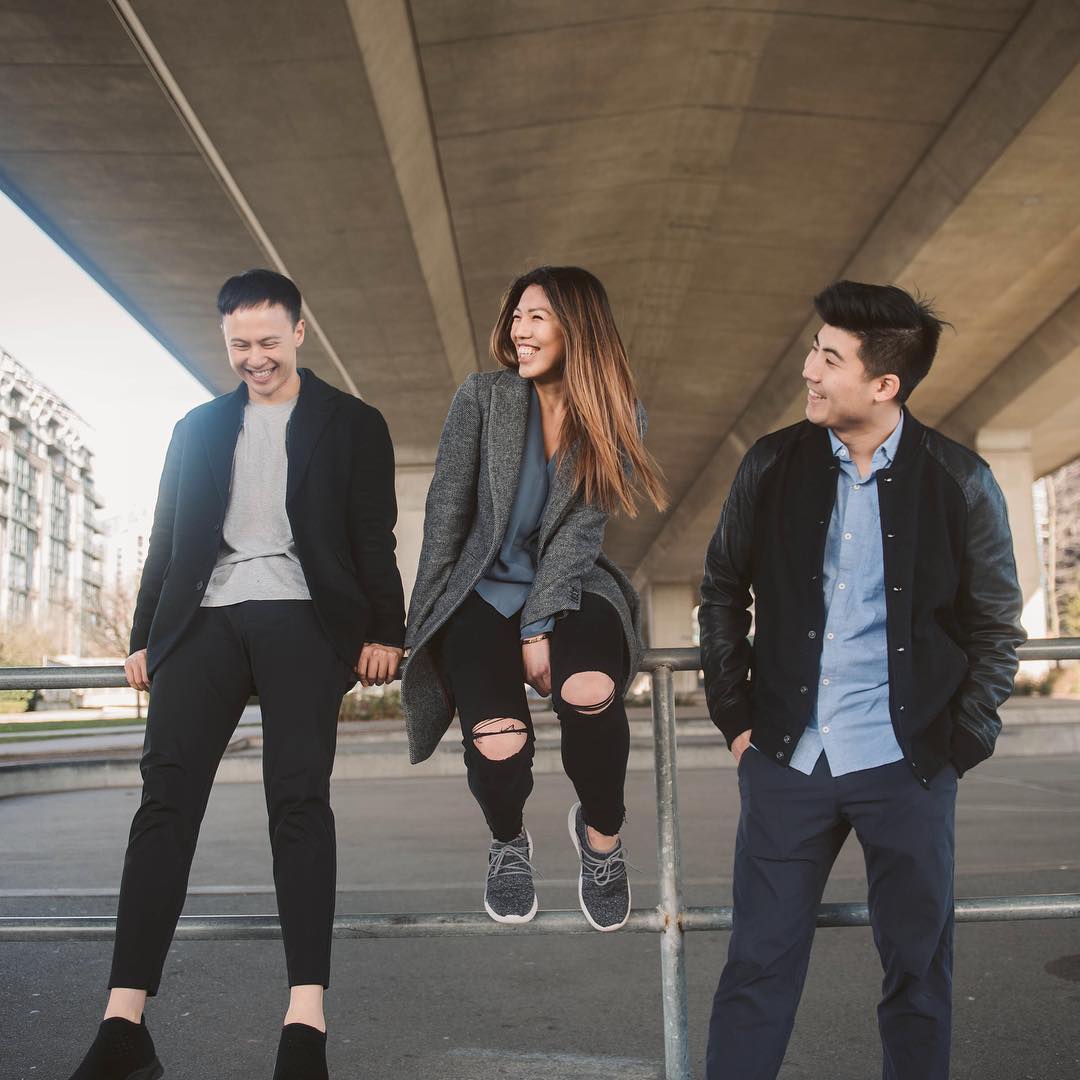 How did all of this begin?

There are three co-founders at Vessi — Andy, Tony, and myself.

Tony and myself, we’ve been in the e-commerce industry for the past six years and we’ve run a bunch of different brands and Kickstarter campaigns, and Andy has been in textile industries for a long time. His family has also been in the R&D department for waterproofing materials. That’s how he got the idea for the technology.

Andy and Tony met at the gym at the Richmond Olympic Oval two years ago. And they were like, let’s collaborate on this idea, let’s start a Kickstarter, let’s do this. And that’s pretty much how it started.

How much money have you raised to date?

What was going through your mind when you saw your Kickstarter campaign take off?

We’ve got a winner.

Launching Vessi was probably mine and Tony’s tenth company that we’ve done on Kickstarter. From previous experience,  you can tell when something is catching on.

But we knew from the start that Vessi was going to be one of those products. Because it’s so crazy how there hasn’t been anything like it in the market. Sneakers have been around for so long, but there is nothing like it. I mean, there is cortex but cortex is different. They aren’t really breathable.

When Andy came to us with the idea, we knew it was going to be a winner. And it’s such a fun process doing everything on Kickstarter. We get to communicate with people and get their feedback. We actually had a couple of focus groups throughout Kickstarter where we asked people to come meet with us and tell us what they wanted to see in the shoe. It’s like a collaborated process that we had never really done before.

The fact that the community is reaching out and telling you what they want means there’s something you have that they want to be a part of. 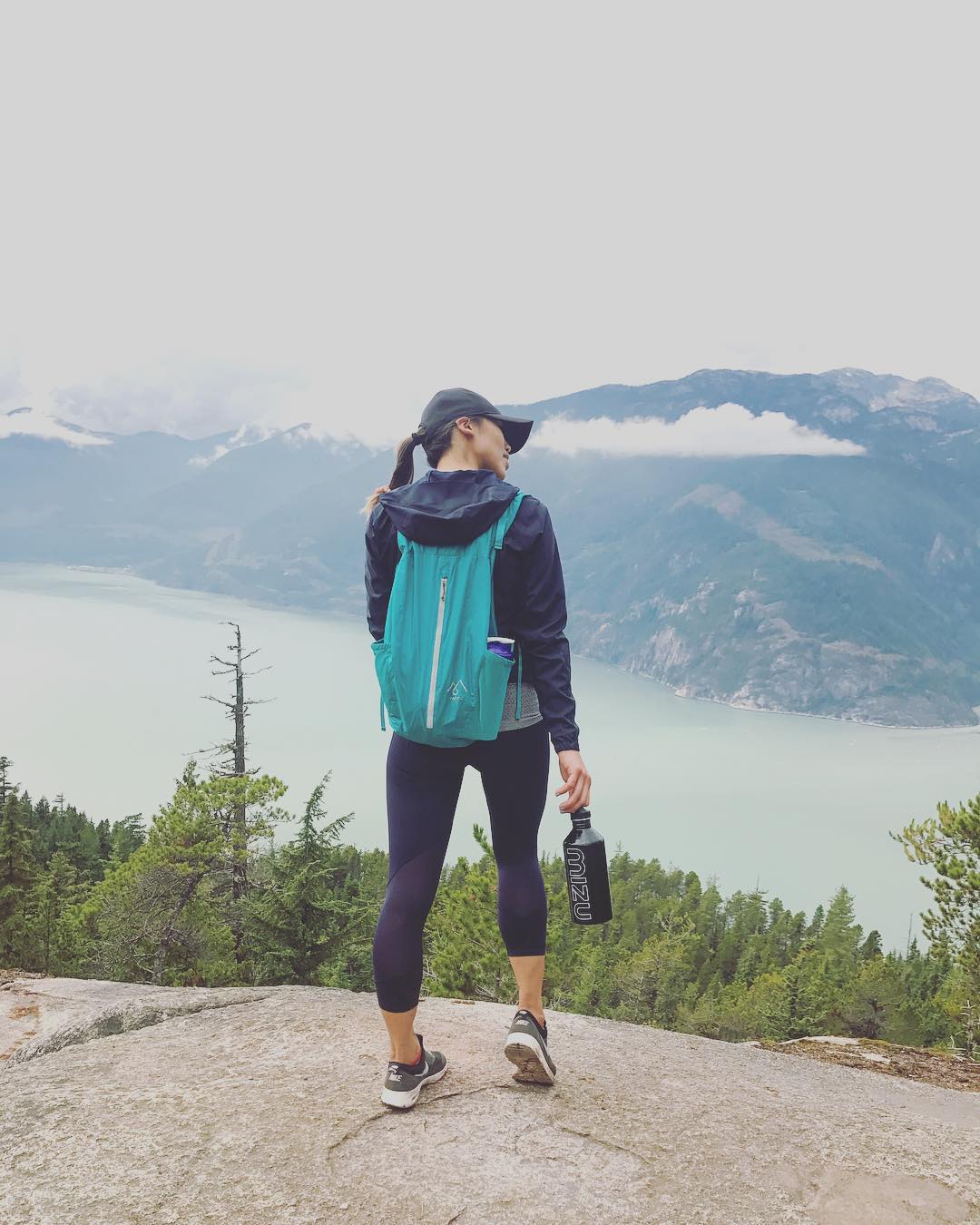 How did Vancouver play a role in the development of Vessi?

I love Vancouver. It’s the perfect area for Vessi — it rains so much here and everyone understands the need for a waterproof shoe.

Vancouver has definitely played a massive, massive role because it’s been our inspiration in a lot of things. In a lot of the design and even in the initial concept, and why Andy thought we needed something like this.

On our newest design, the bottom of the shoe has a skyline of Vancouver — so it kind of brings everything back to the soul of it. To our hearts, our city of Vancouver.

What do you wish you knew, a couple years ago before you started this?

I think it’s all about the team that you hire.

It doesn’t really matter if you hire people with the right qualifications. Rather, it’s more about building a culture around your brand and I think finding the right people is always the hardest. I don’t know, honestly, it’s been a steep learning curve, but because of everything we’ve learned so far, I wouldn’t trade anything.

We got so lucky with our team. And I think one of our biggest issues right now is that they’re all workaholics, so we’re trying to find the right balance of making sure that the works get done, while also enjoying ourselves. 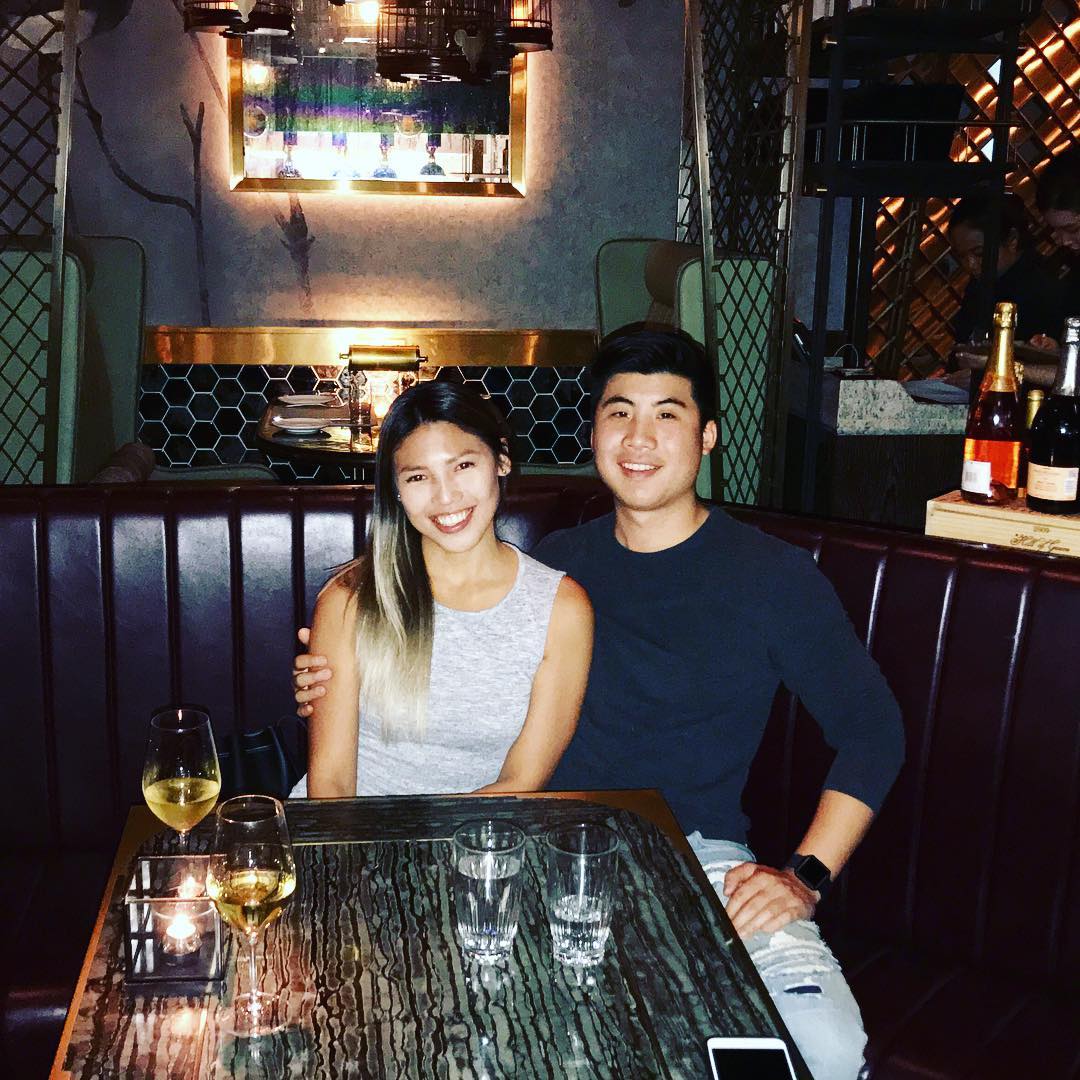 You and Tony are in a personal relationship — how has that been? How have you been able to maintain that?

It honestly hasn’t been that hard. I think I’m a pretty chill person, and I like to think it’s a lot of understanding both ways. And also making sure we have time, both for each other and for ourselves.

Even in the midst of all this, we find time to travel. We went on a two-month backpacking trip prior to starting Vessi. It’s about making sure we find that balance and find that time to still grow together as partners in life and in business.

What is the biggest pain that you’ve had to overcome and solve?

Sometimes I just want to shut my brain off. You know when you get those days where you’re exhausted, and you wish you didn’t have to think after work. I think a lot of business owners get that mindset — they get really burnt out and they are just tired.

But at the end of the day, there’s a bigger vision. You’re working towards something greater than this. This is just temporary and you just work through it. And having positive people around you helps.

How do you prevent burnout?

Honestly, at this point, I don’t know how to prevent burnout. I think learning to say no is the first step.

When you’re in a growing stage and you see an opportunity it’s hard to say no, and I think that’s why everyone is pretty burnt out. I was in China for like a month, and we were working 18 hour days, which is just exhausting.

But at the same time its fun, because you’re learning something, right? I don’t know. I’m a workaholic so I’m not the right person to ask.

Do you think you can continue at this pace?

No. I think eventually we’ll need some time to de-stress.

We actually took the team to Whistler back in spring for a few days and did activities with them, it was a nice team bonding thing. But then you come back and have to find that balance, like building that culture even. Every Wednesday, we go for happy hour. I think little things like that would really help at this pace, though not for much longer. 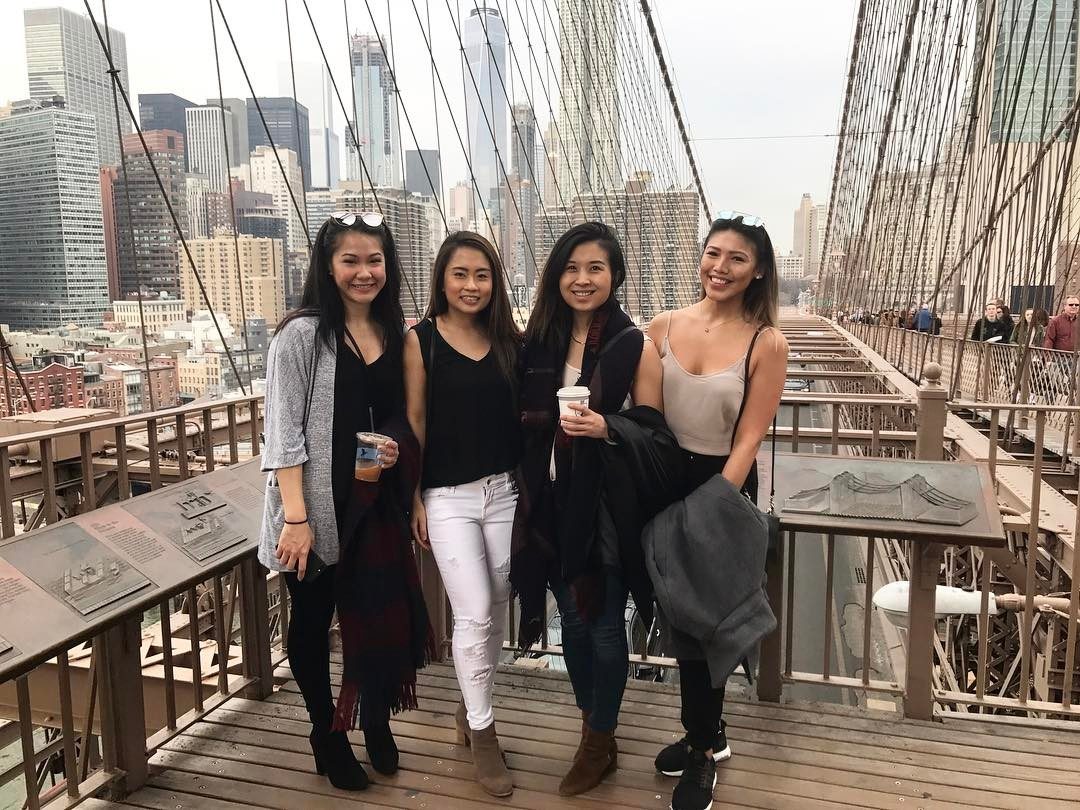 Mikaella with friends on a trip to New York (Instagram)

Has working that much caused you to lose friends and personal relationships?

I haven’t had as much time to hang out with my friends or family. I still see them, just not as much. To me, as long as you know how to keep a handful of friends, it’s all right. I don’t need a lot of friends.

What are you learning right now?

A lot about retail. I think we’re in that stage in our company where we’re also looking to maybe raise money sometime in the future, so we’re learning a lot about how to and how other companies have done it. I think it’s really important because I’ve never done it in the past.

What’s preventing you and Vessi from being where you want to be?

Right now, manpower. We definitely need more people to grow to the scale where we want to be.

Other than sales, how do you measure success?

In the first year, we were more focused on our numbers. Everything was driven by numbers.

Now, we’re taking that shift towards customer satisfaction. We want to take it back to the community and make sure that every person that has a Vessi is satisfied with our product.

What’s the most surprising part of your job people might not expect is part of a shoe company?

We actually own our own factory, because the way that we make our shoes is patented.

The factory is in Taiwan. I think a lot of people don’t know that Taiwan was one of those cities where footwear originated from. Like Adidas, Nike, they all used to make their shoes from Taiwan. But Taiwan labour is a lot more expensive than China or Vietnam, so big companies started taking their production out of Taiwan.

People that used to work for Nike and Adidas, we hired them now. And now they are making shoes for Vessi because they lost their jobs when the factory moved. 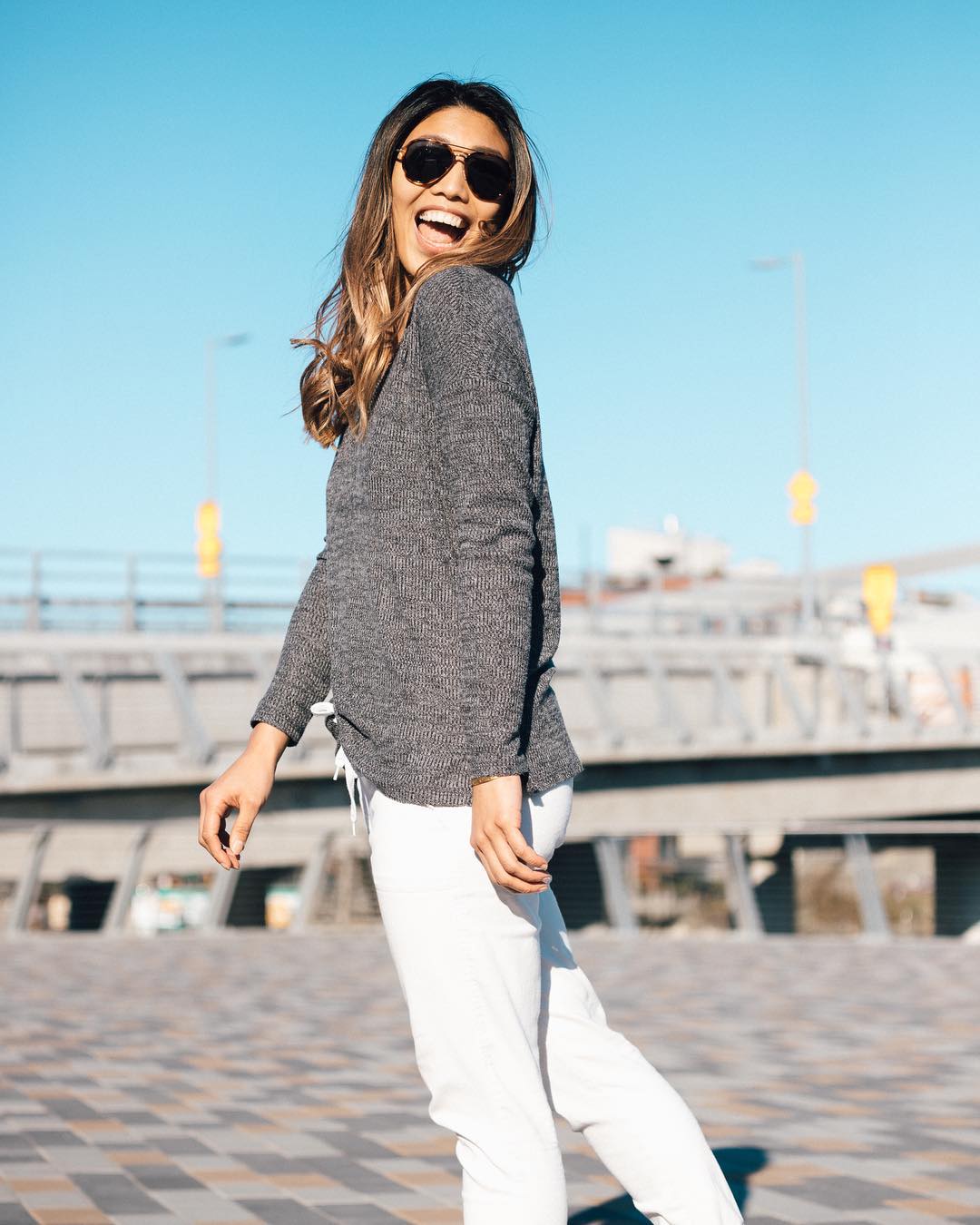 What’s next for Vessi?

We have a lot of things coming up.

We just did our first pop-up store outside of Vancouver, which was in Toronto. It was pretty successful so we’re definitely rolling out a lot more of those in the future.

We’re going to have a kid’s shoe.

And we’re not just sticking with waterproof knit — we have a lot of things in the pipeline that hits our mission and our vision.

We’ve grown so much in the last year, and I really attribute a lot of that to our team. I can’t even imagine how we got them, but they are just so hardworking and they believe in the brand so much that really it really accelerated everything for us and I am so grateful to have them.

Where do you think the shoe industry itself is going?

How do you want people to remember you personally?

I want people to remember me as someone who went and got what they wanted and tried things.

You don’t have to know what you’re doing in the moment, as long as you’re curious and willing to learn. You’re able to succeed. And I guess I want people to remember that I tried, and as long as you try too, you’re able to do anything.

Interview edited for length and clarity

Since chatting with Mikaella, Vessi’s demand went through the roof so much so they had to halt sales to catch up with orders and focus on customer experience.