It’s a typical Vancouver Spring day–pouring rain–but Vancouver resident Mijune Pak has escaped it all for a few days to the big smoke of Toronto and crisp, clear, 4 degree weather.

Despite the fact that we live in the same city, I’m interviewing her by phone long distance, as she is in Toronto doing press for Top Chef Canada All Stars, which begins airing Sunday night.

Pak is one of the five judges this season, along with restaurant critic Chris Nuttall-Smith, restaurateur Janet Zuccarini, and of course, head judge Mark McEwan. Eden Grinshpan also joins the panel and will act as host.

The Top Chef franchise originated in the US in 2009, where they just completed their 14th season. The show now hosts competitions in 21 countries around the world, including Canada. Top Chef Canada only lasted four seasons, however, the last airing in 2014 (Vancouver Chefs Matthew Stowe and Dale MacKay winning two of the four years). 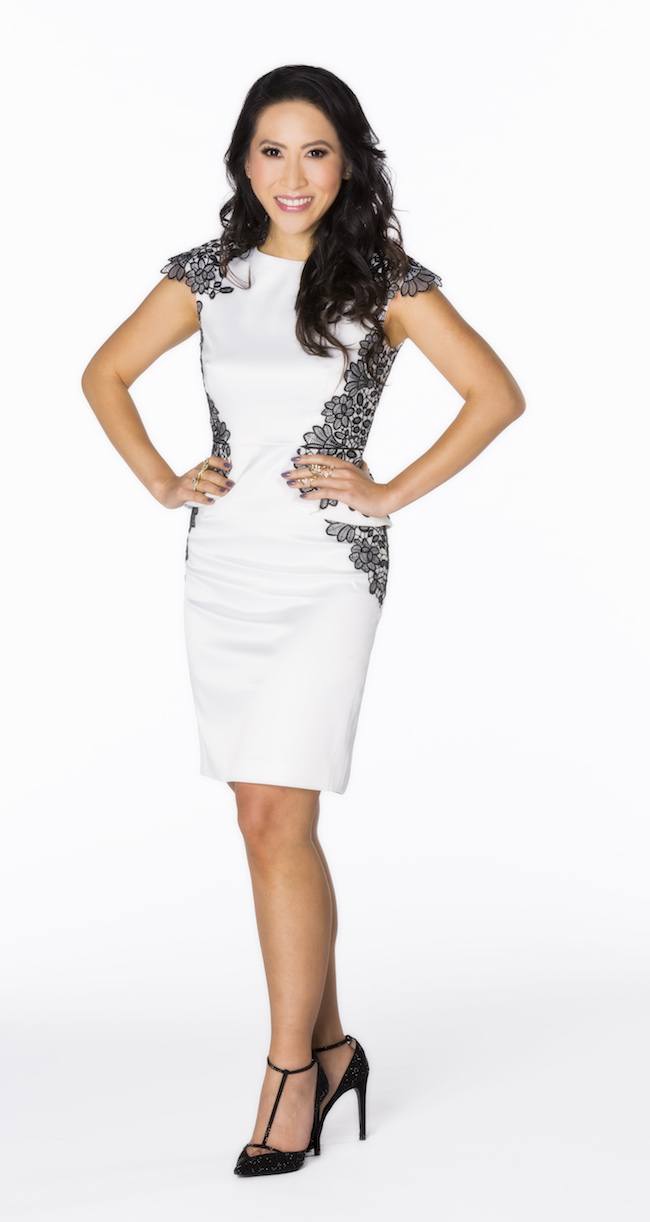 Needless to say, Pak was overwhelmed when she got the call from the producers of the show offering her the judging gig. “There were tears and silence,” she says, “I was speechless.”

Pak has always been passionate about food and travel. During her last year of university in the Netherlands, she would go on what she described as “obsessive-compulsive” trips to Paris to find the best croissants. “I was so into food and culture.”

She kept a journal of her travels and what she ate, and when she returned home after completing her degree, it was her sister who suggested she start a blog. Follow Me Foodie was born. It was 2009.

“It was a passion project,” Pak says. “I was eating out and traveling because I loved it, and I wrote a 2500-word blog post every day for a year. You have to do it for love.”

After a year, her passion project started to become a career. She started to get sponsorships, ambassadorships, hosting gigs. And she continued to write. Pak became, and remains, one of Vancouver’s top food influencers.

It was at a food event that she met Chef Mark McEwan, and they connected a few more times after that when he was in town on business. At one of these events, McEwan looked at her and said “I think you’d make a great judge for Top Chef.” A few months later, she received the fated phone call.

Filming took place in Toronto over a month. They shot every second day–so there were 15 days of filming–starting at 5 or 5:30 am. The judges would spend a couple of hours in hair and makeup, then they’d get into the business at hand–tasting and judging. “The judging took as long as it took,” she confesses. “If it took us two hours to decide who went home, it took us two hours.” This meant for long days, however, often not ending until 10 or 10:30. “9 pm was an early night,” Pak adds.

“Judging is such an honour,” she confesses. “We would look at dishes based on technique, flavour, balance, and most importantly, does it taste good? We are all very honest.”

They ate some fantastic food: “There were standout dishes I remember to date,” but there were equally bad dishes, as well. The food ran to both extremes.

During filming, they “ate a ton,” she concedes, “but I do in my every day life, anyway.” Her judging duties didn’t prevent Pak from going to 54 restaurants on her days off in Toronto. “I went hardcore,” she confesses.

While being a judge on Top Chef is definitely a dream come true for our local Vancouver girl, when I ask her what’s next, she’s not entirely clear. “Hopefully the ratings will be good,” she wishes. “Ideally, another season.”

“The sky’s the limit! Hopefully this leads to opportunities in other areas, and open doors.”

With her endless curiosity and passion for food and travel, Pak will no doubt be involved in some exciting new project soon.