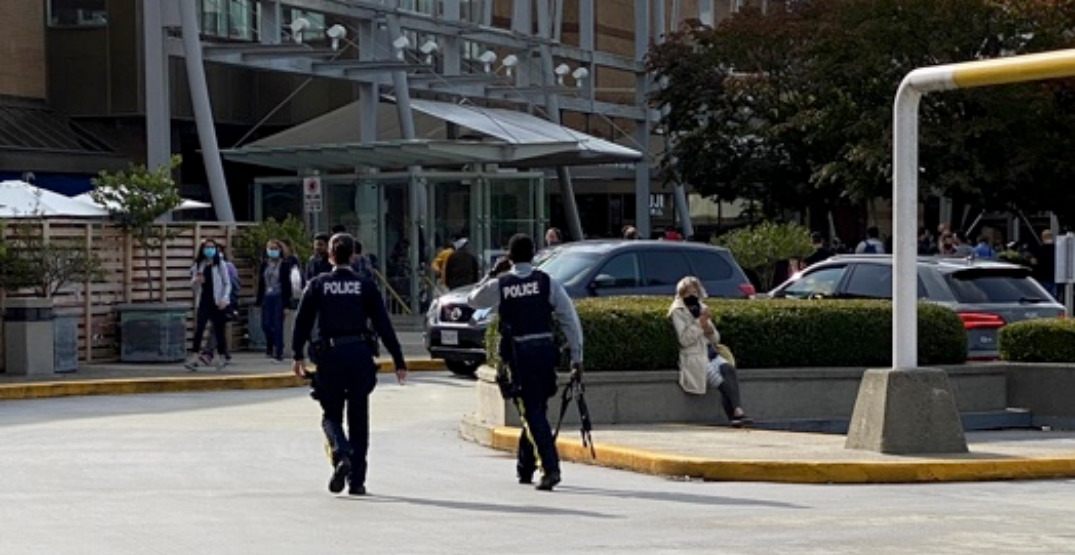 After reports of shots fired Friday afternoon, Burnaby RCMP have now secured the area around Metrotown mall and say there is no evidence of an active threat.

As of 5 pm, Metrotown Station had been cleared, but it remains closed and police are still conducting a search inside the mall.

Metrotown Station has been cleared, however the station remains closed.

Police remain inside the mall doing a search related to unconfirmed reports of shots fired.

There are no reported injuries, and there is no evidence of an active threat. We are ensuring the area is safe. https://t.co/3vnfvaWgW5

There were a number of videos circulating on social media of people being forced to leave the mall.

My son just sent me this as he was evacuated out of Metrotown a few minutes ago. Heavy police presence and he said they police are going through the mall armed with assault rifles. Sounds like an active shooter from what he’s telling me. #Metrotown #BurnabyBC pic.twitter.com/cFhW0HPrJP

The Burnaby RCMP thanked the public for their cooperation on social media.

TransLink is continuing to provide updates on social media in regards to the closure of Metrotown SkyTrain Station, along with details on detours for transit passengers who are travelling in the area.