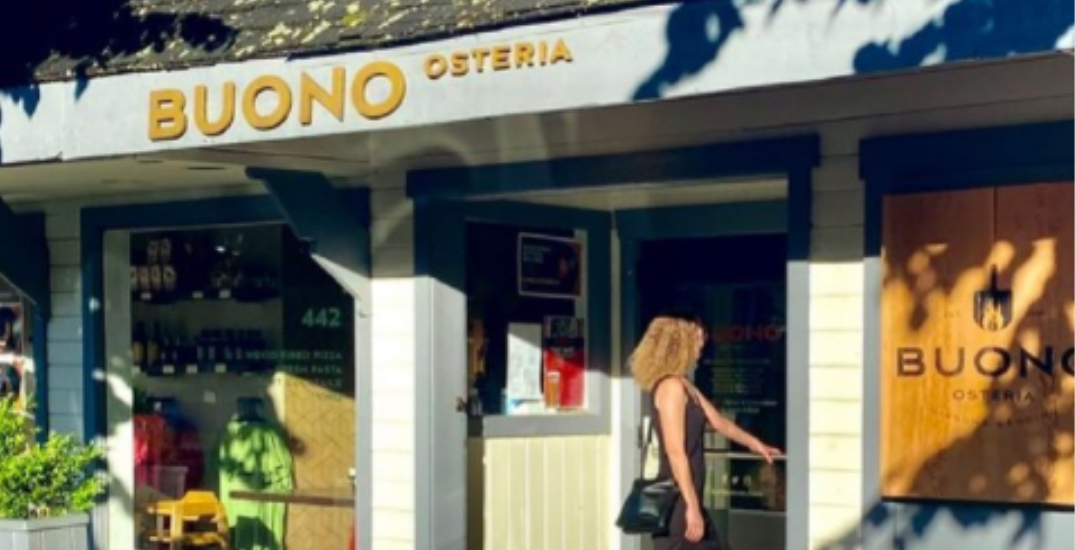 A former server at a Sunshine Coast restaurant has been awarded $30,000 after a BC Human Rights Tribunal found they were unfairly terminated.

The decision, by tribunal member Devyn Cousineau, found a “clear connection” between complainant Jessie Nelson’s gender identity and their termination from Buono Osteria.

Nelson is a non‐binary, gender fluid, transgender person who uses they/them pronouns. In 2019, they moved to the town of Gibsons and were hired as a server at Buono Osteria.

Upon starting the new job, Nelson spoke to general manager Ryan Kingsberry about how important it was to them that they be properly gendered in the workplace.

Cousineau’s 42-page decision found that while some staff were “proactive and diligent” about using the right pronouns, others, namely bar manager Brian Gobelle, were “callous” and “deliberately misgendered” Nelson.

The decision stated that Gobelle “persistently” referred to Nelson using she/her pronouns and with gendered nicknames like “sweetheart,” “honey,” and “pinky.”

Nelson asked Gobelle on several occasions to stop, and he did not. They asked management to intervene, and were told to wait.

“Gobelle was using nicknames as a way to ‘get back’ at Nelson in connection with their efforts to make the restaurant a more inclusive place for trans people,” Cousineau wrote.

On their final day of work at Buono Osteria, Nelson again attempted to address the issue with Gobelle. The discussion “grew heated,” and, four days later, they were fired.

The reason Nelson was given for their termination was that they had come on “too strong too fast, were too “militant,” and that they didn’t “vibe with the team.”

There were no complaints about their performance.

The decision states that the only source of tension between Nelson and other staff was their use of they/them pronouns, and their suggestion that the restaurant be more inclusive of trans people.

Cousineau found that Buono Osteria resolved that it would be easier to terminate Nelson rather than to “meaningfully address” other employee’s uncomfortableness with change.

In doing so, they discriminated against Nelson, the decision reads.

“There is a clear connection between Jessie Nelson’s gender identity and their termination. They were terminated because of how they responded to discrimination,” Cousineau wrote.

“They were held to a higher standard of conduct than Mr. Gobelle, and the discriminatory context of the dispute was ignored.”

Cousineau has ordered the respondents, which include Buono Osteria, Kingsberry, Gobelle, and executive chef Michael Buono, to pay Nelson $30,000 in compensation.

The restaurant must also implement mandatory training for all staff about human rights in the workplace, and add a statement to its policies that affirms every employee’s right to be addressed with their own personal pronouns.