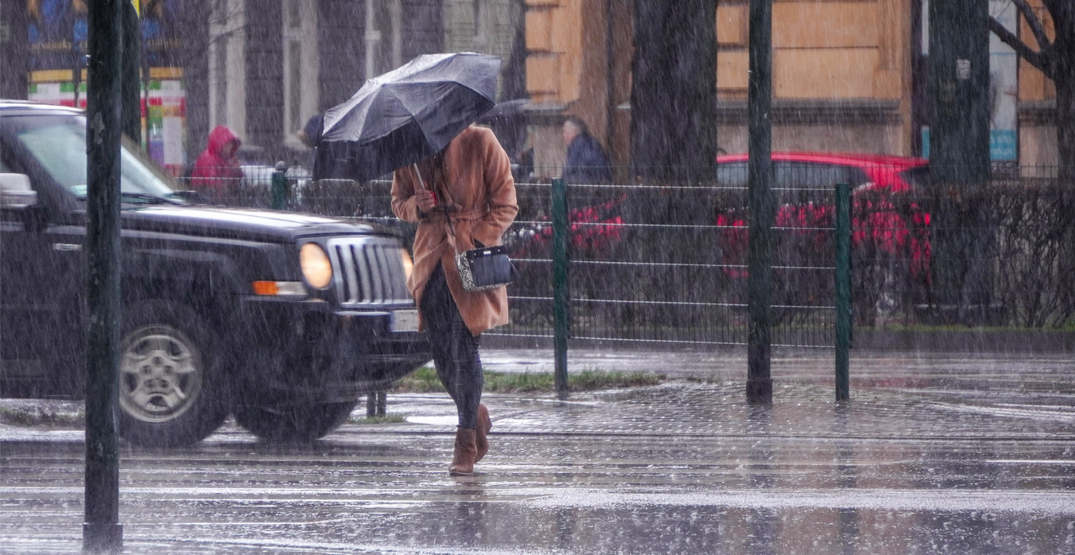 Here’s your excuse to cancel your Sunday night plans.

In the afternoon on Sunday, April 3, Environment Canada issued a weather warning for the following regions:

“Strong winds that may cause damage are expected or occurring,” said Environment Canada, who expects very strong southerly winds near Boundary Bay and Saturna Island tonight and tomorrow. Winds are could be up to 70 km/h and gusting to 90 km/h close to midnight.

In particular, Saturna Island, Delta, Lander, Tsawwassen, White Rock, and Surrey will feel it the strongest.

The wind warning comes on top of a rainfall warning issued earlier in the day for the following regions:

Now into Monday morning, it’s going to be really wet with between 50 to 70 mm of rainfall.

There’s also a special weather statement in effect for the central Metro Vancouver region, including the City of Vancouver Burnaby and New Westminster. There will be periods of heavy rain, possibly strong localized winds, and risks of flooding and water pooling on the roads.

If you can stay inside tonight and curl up with a frozen pizza and a bottle of wine, that’ll do nicely as Metro Vancouver gets slammed with storms.

By the time for the Monday morning commute, the rain will have eased up a bit.