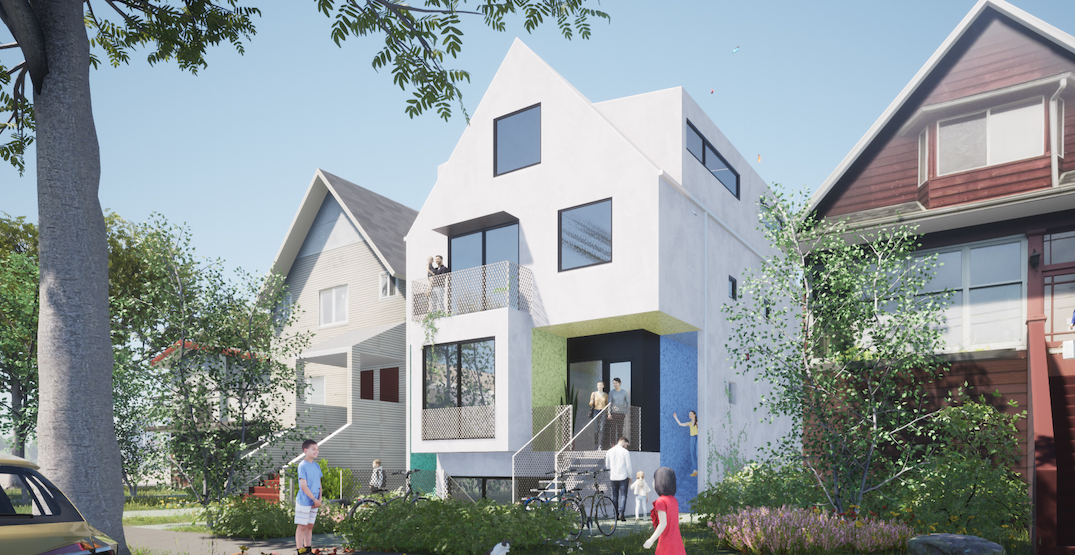 To overcome Metro Vancouver’s geographical constraints, a new report calls for the gentle densification of low-density neighbourhoods across the region to help improve housing affordability and supply.

To date, most of the region’s growth has been from redeveloping former industrial lands into high-density residential uses, and concentrating growth around major public transit hubs and along arterial roads. While this is the right approach, it is not enough to tackle housing affordability issues, especially for middle-income households.

In the report, senior economist Marc Lee with the Canadian Centre for Policy Alternatives states single-family neighbourhoods across the region should see double or triple their current densities.

Currently, most of Metro Vancouver’s developable urban lands are zoned for low-density, detached housing, with 80% of the land base occupied by 35% of households.

The suggested densities in these areas for the “missing middle” would range from row housing and multiplexes to small apartments, built on relatively small lots with minimal land assembly and parking requirements.

To achieve the needed range of affordability needs, between 33% to 50% of the new density added should be designated as permanently affordable as either rental units or affordable ownership. This would also help ensure the property value gains from upzoning would not “disproportionately go to existing landowners.”

“Upzoning is like creating new land. While the total amount of land in the region is fixed, we can add more housing by allowing higher-density buildings. Granting the right to create new public or private space in this way is very valuable,” reads the report.

“So there is no reason why a large share of the new residential space we create through adding density should not be affordable. Community oriented, non-market housing and alternative housing forms, including co-operatives and co-housing, should be at the heart of this build-out.”

The report’s suggestions essentially help build the case to support the City of Vancouver’s Making Home pilot project of allowing 2,000 single-family lots across the city to build up to six units — up from the current allowance of four units. The pilot project also incorporates a rental housing component or land lift value capture requirements.

Making Home was approved by Vancouver City Council in January 2022, and city staff are expected to return to city council later in the year with the detailed policy recommendations for implementation.

The report theorizes a potential Making Home scenario, where a redevelopment of a detached house on a standard lot is worth $1.5 million. To build a new 6,000 sq ft structure, it would carry $3 million in hard and soft construction costs and financing, pushing the total costs to $4.5 million, including property acquisition.

Based on market rates of between $1,000 and $1,300 per sq ft, the new structure with six to eight units could be worth $5.7 million to $7.4 million. Using the Making Home framework, two or three units attached to a covenant on title would be sold at a reduced price, while the remaining units could be sold at market prices. A land value capture rate by the municipal government of between $200 and $400 per upzoned sq ft would raise between $640,000 and $1.28 million to fund the city’s affordable housing program.

Vancouver already practices gentle densification in single-family neighbourhoods by allowing laneway houses and secondary suites, and most recently duplexes. But there have been some documented reports of duplex units each selling for almost the same price as the single-family dwelling that previously existed on the lot.

The report also suggests the provincial government needs to play a bigger role by using its authority to break the municipal government impasse and red tape on building new housing. Other recommended policies include making existing public land more available for non-profit housing developers, and creating progressive property taxation, with greater taxation of owners of multiple properties and shifting taxation to land instead of buildings and structures.