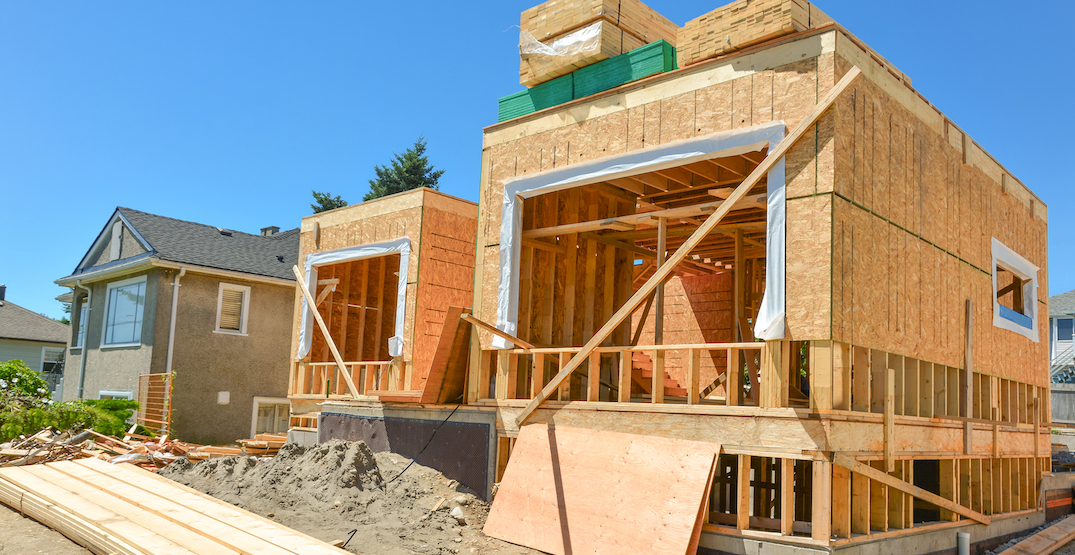 A single-family house in Vancouver under construction. (Shutterstock)

The backlog in building permit applications for new low-density housing — single-family homes, laneway homes, and duplex homes — within Vancouver has grown to about 500 applications, according to a recent city staff update to Vancouver City Council.

In a quarterly update on December 15 on the progress made with reducing permitting and licensing wait times, city staff state there was “an unprecedented increase in low-density applications” starting in the second quarter of 2021.

The increase in applications last spring continued into October and November, and has resulted in more applications than issued permits over both months.

In response, city staff have indicated they are “expediting a number of [planned] changes to address the situation,” with the permitting review team now at full staff complement and new entry-level positions hired to address the spike in applications.

It is also noted that recent efforts to improve the permitting process have resulted in more field review permits in October and November 2021 than in 2020.

In March 2021, city council directed the creation of a task force led by the city manager to reform the permitting and licensing process and monitor review wait times.

Specific policy changes in June 2021 tackled the processes for single-family homes, simplified landscaping and tree protection reviews for demolition permits and renovations, and provided a partial relaxation of the tree bylaw.

As well, earlier pandemic-time measures in 2020 to ensure the continuity of business have led to the introduction of tracking numbers, allowing applicants to check the status of their enquiry. According to the city manager, the process is now more efficient and can handle up to 100 cases per day — up from 60 to 80 cases before March 2020. Wait times for enquiry centre staff to handle complex inquiries and application intake have dropped from four weeks in March 2021 to 10 business days as of December 2021.

Applicants can also now submit their enquiries online through the city’s website, which means they no longer have to wait in line for an in-person visit to the service centre office during operating hours. 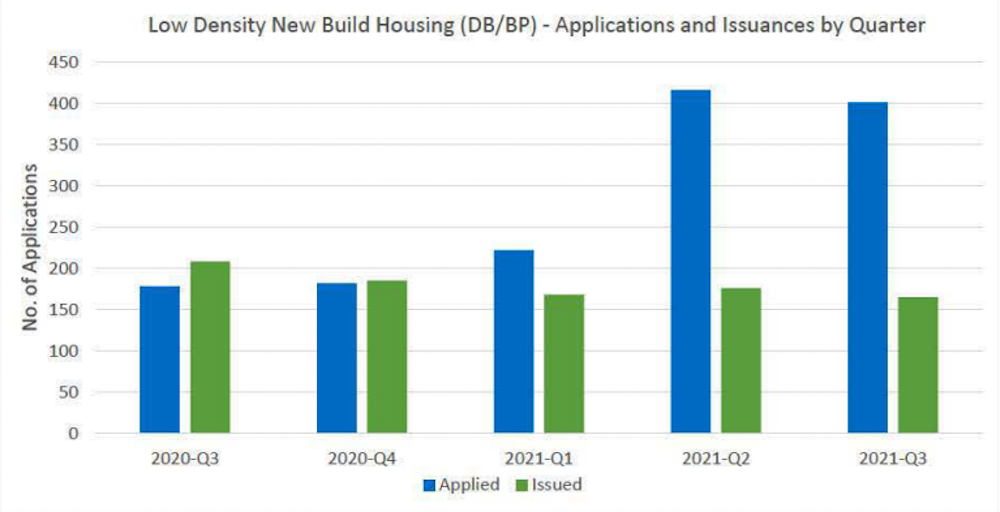 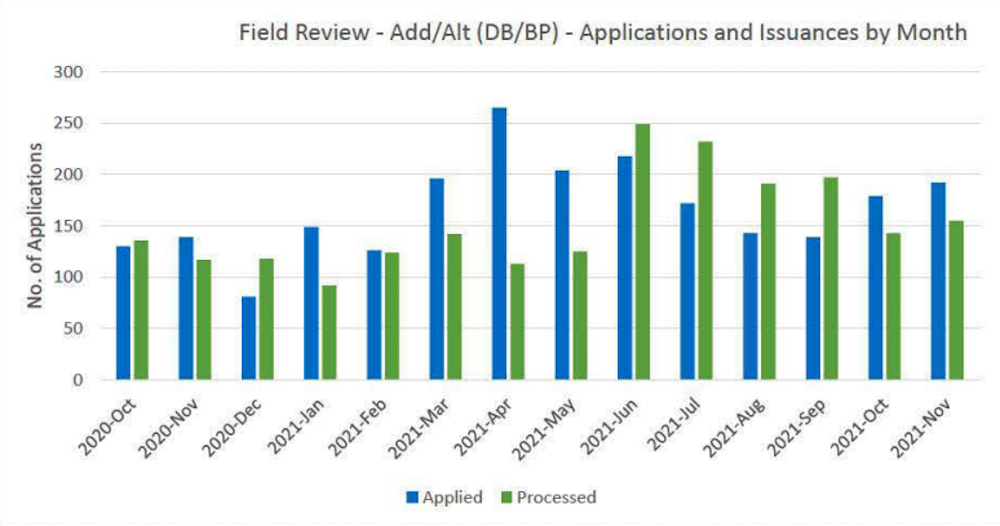 Field Review Applications and Issuances by Month. (City of Vancouver)

It is noted as well that there have been efficiency improvements amongst licensing staff, which have seen their processing timelines drop from about 20 weeks to three or four weeks. Last year, five licensing staff were added to process licences, a new online payment capability was created to allow applicants to pay without having to send a cheque, and the pandemic-time email submission process was replaced by launching an online form.

In October 2021, city council approved measures that specifically remove some of the red tape that businesses face, which at the time was stated would reduce about 3,800 weeks in application processing time, and reduce the significant backlog in unprocessed applications. Specific flexibility changes to business uses were also estimated to help up to 135 new businesses by reducing between eight and 20 weeks of processing time annually.

A LOCO BC study released prior to the pandemic found that the average wait time for business permits and licences in Vancouver was 8.2 months, and the average cumulative loss per business as a result of the lengthy delays is $722,000, which accounts for factors such as rent and a spectrum of opportunity costs.

City council provided the task force with a budget of $1 million, with $380,000 committed to date. This includes $130,000 towards a temporary full-time employee to “perform additional file research, triage, and assessment to identify permits that qualify for a faster process,” and $130,000 to fund permitting and licensing services through the city’s 311 hotline. Any additional overtime in 2022 required to address backlogs will come from the task force’s budget.

Last year, the City of Vancouver was amongst dozens of municipal governments across BC to receive funding from the provincial government to improve their building permitting processes, including transitioning towards online and other digital systems. Nearly all of the nine recipient cities in Metro Vancouver received about $500,000 each, including Vancouver.