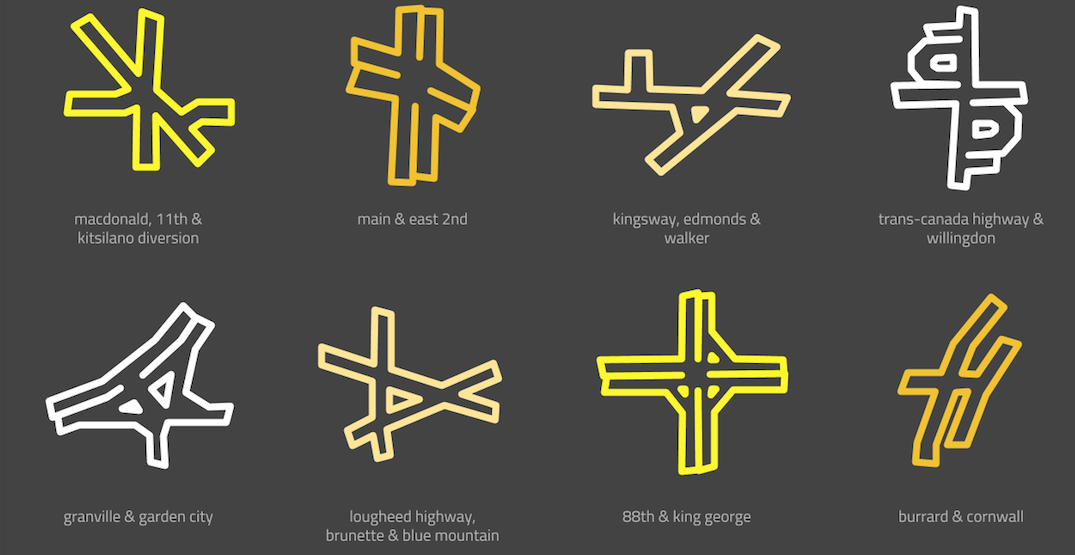 Part of The "Intersections" piece for Metro Vancouver by Peter Gorman

What started as side hobby has since morphed into a full-time business for Peter Gorman, creator of Barely Maps.

“It was a side hobby for a few years, until I made ‘Intersections of Seattle’, which got a huge response and ended up being the boost I needed to take the store full-time,” Gorman told Daily Hive.

It was then that he started getting requests to adapt the “Intersections” design to other cities, and decided to create one for Vancouver.

Gorman, who lives in Hawaii, said that for each design, he relies on his memory of the place, and then does research on which intersections “are notorious for being confusing.”

He’ll also use a map to pick out “unique or interesting” intersections as well.

“I don’t have a professional background in map-making or design,” he said. “I’ve been teaching myself along the way.”

When creating a new “Intersections” piece, designs the image in Adobe Illustrator, prints it out to visually test it, and then does “a bunch of double-checks to make sure I labelled everything correctly.”

The entire process of creating one of his pieces takes about four days.

At this point, Gorman said he has done intersections for 26 cities, including Vancouver.

“The reaction to the Vancouver Intersections has been very positive,” he said. “My favourite part of the process is hearing what people see in the shapes.” 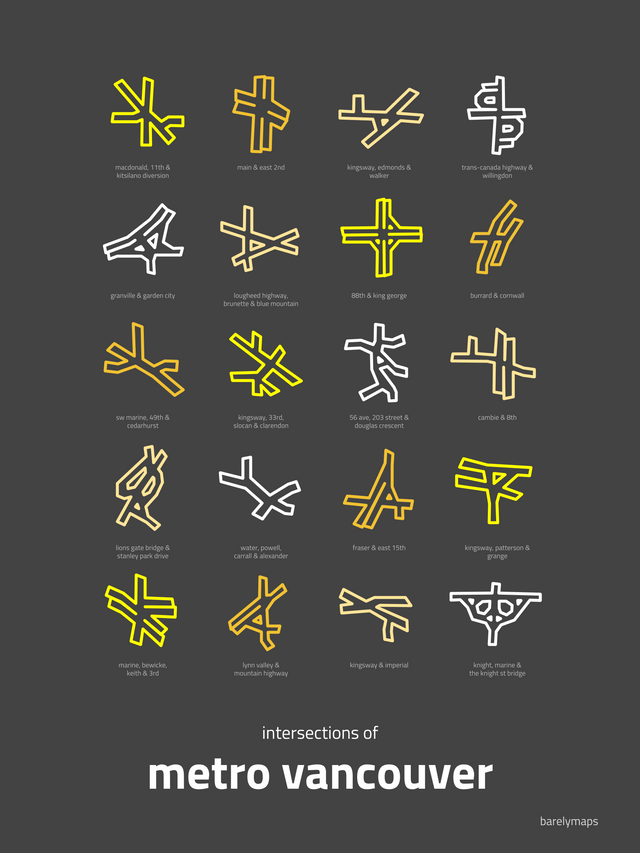 And through the creation of his Vancouver piece, Gorman said he has received suggestions to create one for Montreal, Toronto, and Victoria.

“So I’m hoping to make some more Canadian versions soon,” he said. “Altogether, I have 76 maps available on my store.”

Going forward, Gorman said his plans include compiling 100 designs into a self-published book, “which I’m hoping to have available by the end of this year.”

He noted that those who are interested can keep up with his whole process online and on Instagram.