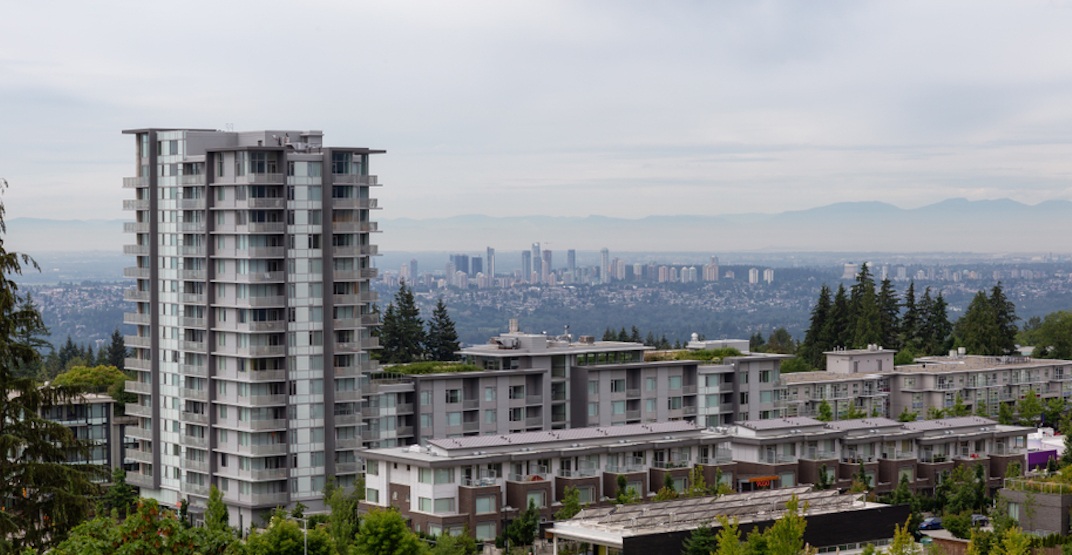 View of Metro Vancouver from the top of Burnaby Mountain, where Simon Fraser University's main campus is located. (Shutterstock)

The severely depressed nature of the Lower Mainland’s housing market throughout the first half of 2019 is prompting more developers to hold back on their approved projects, according to MLA Canada’s mid-year market update report.

But this accounts for a staggering 47% decrease in the total amount of pre-sale inventory released during the same period in 2018. Despite the falling supply, BC is still projected to see 55,000 new residents from migration this year, with the vast majority moving to Metro Vancouver.

“This massive reduction in housing supply, which would be built and occupied over the next one to four years, will have long lasting ramifications to our housing market in the future, as steady migration and population increases are still expected,” reads the report. 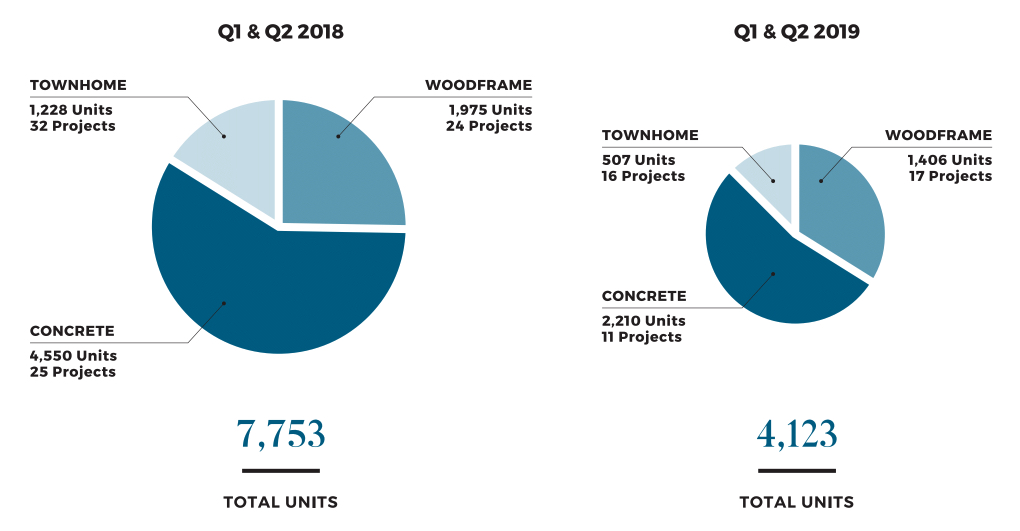 For the remainder of the year, analysts with the real estate firm expect just 27 project launches in Metro Vancouver and the Fraser Valley with over 3,500 new condominiums combined. Richmond will be the most active submarket for the second half of 2019, with about five project launches creating over 700 units.

With rising inventory levels and projects taking far longer to sell, many projects — even those that have received all necessary permits to proceed with construction — will likely hold their sales launch until 2020 or until more favourable conditions.

This year to date, 17 projects containing over 6,000 units have postponed their sales launch, as the market is far too risky.

Sales activity and prices are below the levels needed to support the financial feasibility of a project; developers are having immense challenges with reaching 50% to 65% sold targets within the province’s nine-month regulated timeframe in order to receive construction financing from project investors, such as pension funds and financial institutions.

“This will cause a backlog of approved projects that we have not yet seen in the Lower Mainland. The main motivator for buyers will be developer reputation, location and value,” states the report.

“Though demand, in theory, is exceeding the supply we are bringing to market, buyers are reluctant to commit to purchasing decisions until they believe the market has reached the bottom. Once that reluctance has dissipated, market activity will again pick up and our market will normalize.”

Interestingly, the strongest-performing submarket in the Lower Mainland is now Central Surrey, where multi-family pre-sales reached 1,500 units — a sold rate of 50%. Most of these sold units were in concrete high-rise towers near SkyTrain’s Surrey Central Station in downtown Surrey.

In fact, developers for projects in Central Surrey released about three times more inventory compared to Coquitlam, the second most active submarket. 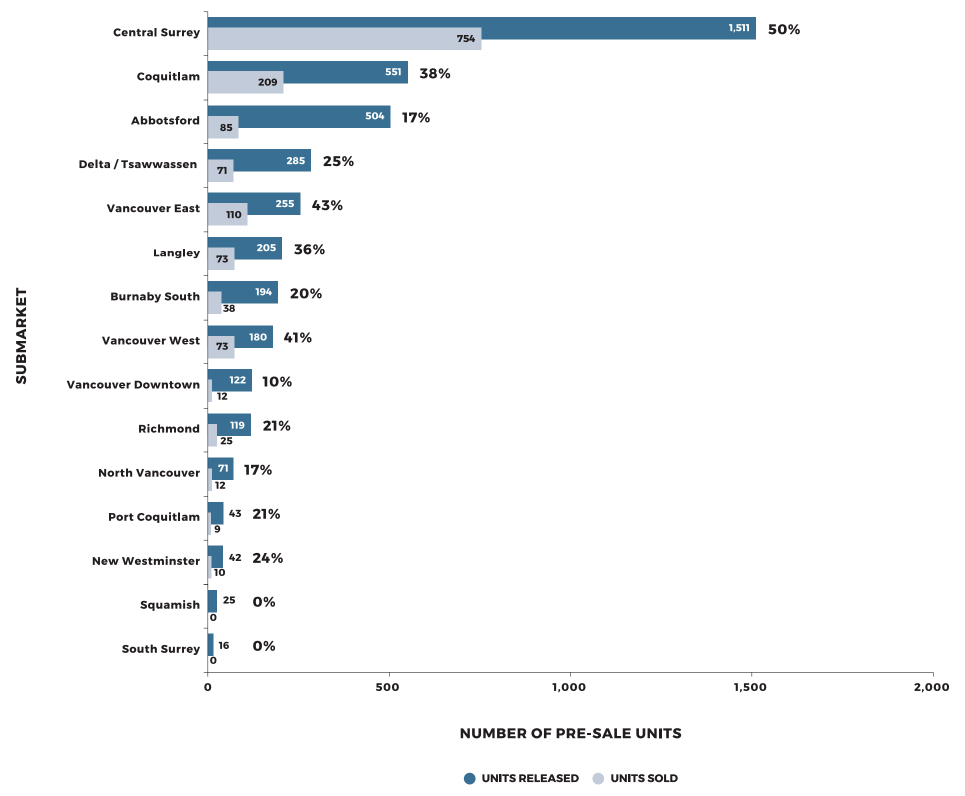 The launch and sold activity in all of the city of Vancouver was just a small fraction of what was experienced in Central Surrey.

There are currently 2,620 pre-sale units active in the market, and homes below the $1-million mark are still seeing strong activity and remain in a seller’s market.

For the month of June, there were 10 public pre-sale launches totalling 519 homes, with the vast majority located in the Fraser Valley, North Vancouver, and Squamish.