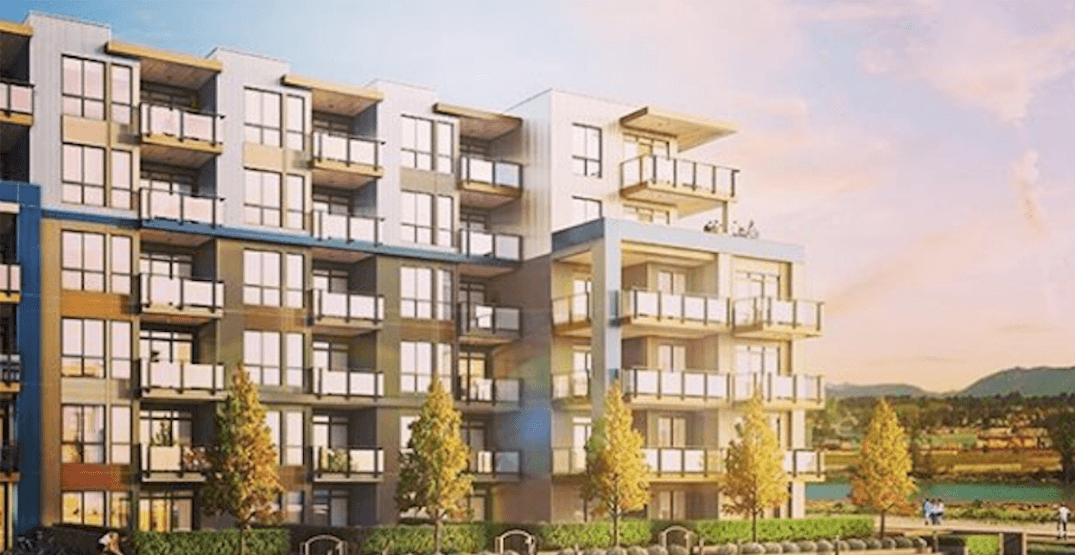 A condo owner in Metro Vancouver said her strata’s requests for everyone to be quieter in the wood-framed building have left her feeling as though she’s living a “prison-like life.”

The woman, who asked not to be identified, said she is “beyond frustrated” at what she sees as the overreach of her building’s new strata management company, particularly when it comes to rules and policies around noise, activity, and day-to-day life of the building’s residents.

“Ever since we had a new property management come into effect, our place has been a nightmare to deal with,” she told Daily Hive. “The manager doesn’t care about what we have to say. They just keep issuing letters and fines.”

The woman lives in Building E of the Parc Riviera in Richmond, and the latest source of her frustration is a letter that was distributed to residents of the building as an “educational notice.”

It states that the building’s strata council “has been receiving an increasing number of noise complaints that often trigger violation letters.”

The letter than lays out a list of “recommendations” for resident to abide by to “make Strata living a more pleasant experience for all residents.”

Among suggestions such as “take off your shoes upon entering your unit,” and “run appliances during daytime hours,” the letter also advises those with children to “encourage your kids to play outdoors, not indoors, and exercise the correct level of parental control when they become too noisy.”

It also implores pet owners in the building to “train your pets properly so that they do not bark while you are away.”

And it’s these last two item the woman said took her by surprise the most.

“Kids should be allowed and are expected to play indoors as well,” she said. “This is just an outrageous thing to expect from families.” She questioned whether the wording of the letter implies parents should “beat their children to control them.”

And as for training pets not to bark while their owners are away? “There is only so much you can train your pets to do,” she said.

The woman said she recognizes that the reality of living in a wood-frame building means “we all have to compromise a bit.”

However, she believes the property management company – FirstService Residential – has gone too far by issuing this latest letter.

“It almost feels like we are living a prison-like life,” she said.

Most residents of the building, she added, “work during the days and can only do so much in the evenings without getting notices or even fines.”

Daily Hive has reached out to the property management firm for comment.

A copy of the letter is below. 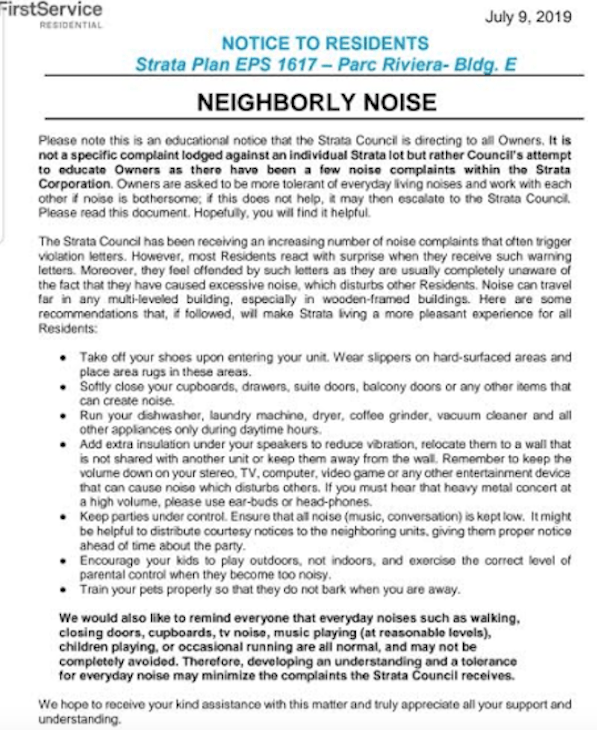