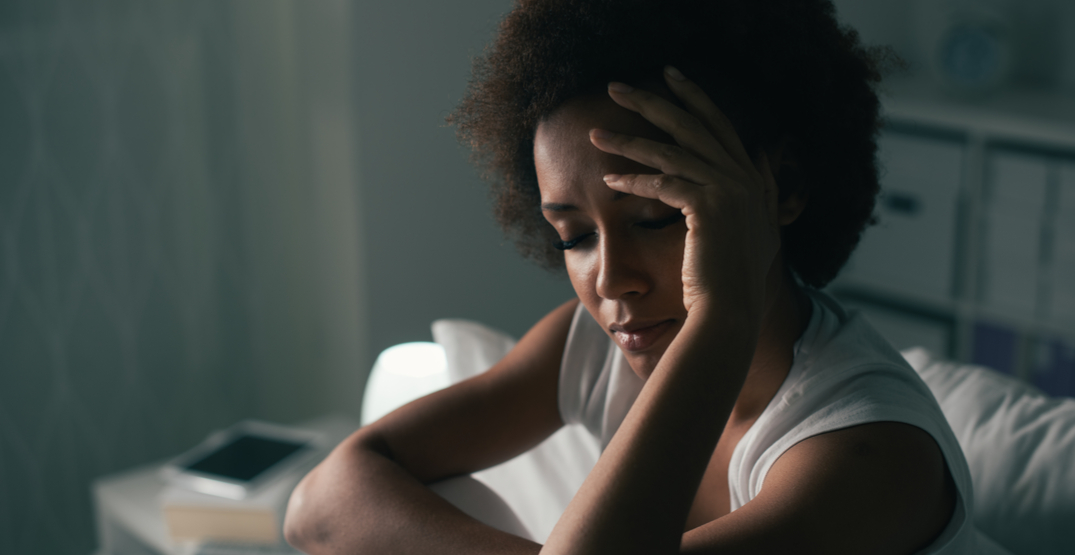 BC may be well on its way to vaccinating everyone with at least one shot by Canada Day, but experts warn that a year of isolation and anxiety has sparked a “shadow pandemic” of mental health concerns that won’t be as easily fixed.

That’s led to a pitch by one BC political party to do something extraordinary: Make mental health care free.

BC Green leader Sonia Furstenau said the time is right to place mental health services under our universal health care coverage, meaning the government would cover the cost of up to six treatment sessions with psychologists instead of a person paying the current private rate of as much as $200 per hour.

Furstenau is pushing the idea, with the support of the BC Psychological Association, on the eve of an April 20 provincial budget in which the governing BC NDP has indicated more help for mental health is coming.

“Just like any other ailment that we might experience with our health, if we are in need of mental health support from a professional we should be able to access that in the same way that we access health care for any other part of our body,” said Furstenau.

“Over 13 months into a pandemic, I don’t think a single one of us can say we haven’t had impacts to our mental health from this last year. And that even eight to 10 months ago, experts were saying there will be a shadow pandemic on the other side of COVID-19, and that will be a mental health pandemic.”

The increase in people needing mental health help during the pandemic has exposed gaping holes in BC’s existing system, which only covers some mental health visits to psychiatrists – and those often require months of waiting due to backlogs.

“The anxiety rates have quadrupled, depression has doubled since the pandemic has started,” said Lesley Lutes, a professor of psychology at the University of BC’s Okanagan campus and director of public advocacy for the BC Psychological Association.

“The number one driver of new prescriptions are anxiolytics (anti-anxiety drugs, such as Ativan), followed by antidepressants.

“People are struggling and we know anxiety and depression are the biggest drivers and we are also seeing concerning increases in people contemplating or considering suicide, which is devastating. Middle aged adults are the number one group considering suicide.”

More than half of BC adults surveyed in March indicated a decline in their mental health during the pandemic, according to a poll by Insights West.

“What I’m really worried about is as we get through the pandemic we are going to see a tsunami of our youth that need support and that support is not there,” said Trevor Halford, the Opposition Liberal mental health critic.

Psychologists are proposing government pay for six sessions per person, each time they are referred by a physician.

The visits would be covered by psychologists directly billing BC’s Medical Services Plan, or the province could pay them a salary or some other type of compensation, said Lutes.

If paid privately, six sessions would cost a person an average of $1,200 on average, she said.

The idea came after more than 200 psychologists volunteered to run free phone counselling sessions for four months during the start of the pandemic in spring 2020 and saw the extraordinary demand for help, said Lutes.

Government lukewarm to the idea

Mental Health and Addictions Minister Sheila Malcolmson was non-committal when quizzed by Furstenau in the legislature Wednesday.

“The premier has asked me, in my mandate letter, to investigate removing barriers to access to mental health counselling,” she said.

“Psychologists are an important part of BC’s mental health care system. They are not the only practitioner, but we are very grateful for their work.”

Malcolmson rattled off a list of improvements, including more funding for Foundry youth clinics, as well as expanded free counselling for those in poverty.

But the current system remains a patchwork.

Some people have counselling provided through their work health benefits, or a limited annual amount to pay psychologists or social workers.

Those without insurance coverage can apply to see a psychiatrist through their local health authority – but the backlog is almost always several months. Or, if it’s a crisis, a person can go to a hospital emergency room.

Some people pay privately out of pocket to see a counsellor, therapist or psychologist, usually for around $100 to $200 per session.

“For a lot of people that is not an affordable amount of money,” said Furstenau.

Concerns about the costs

Premier John Horgan said earlier this year he was open to including mental health under government billing but was worried about the cost.

It would likely mean hundreds of millions – if not billions – more annually to BC’s health care spending. Health is already the single largest expense in the provincial budget, accounting for almost 40 per cent of $62 billion budgeted last year.

“I’m trying to help the government see this financially can work,” she said.

Many other mental health groups, such as counsellors (who are unregulated in BC) would also like to have access to government MSP billing because it can be a lucrative and steady stream of income for members. The province tightly controls access, to curtail costs.

While government fiddles with improving the existing system, Furstenau said wholesale change is needed to respond to the harm caused by the pandemic. But she admits she doesn’t think the current NDP government shares that ambitious vision.

“We have essentially no mental health services until people are in a crisis, and they are in a hospital or emergency room,” added Lutes.

“We are not treating mental health with the same seriousness as we do physical health.”