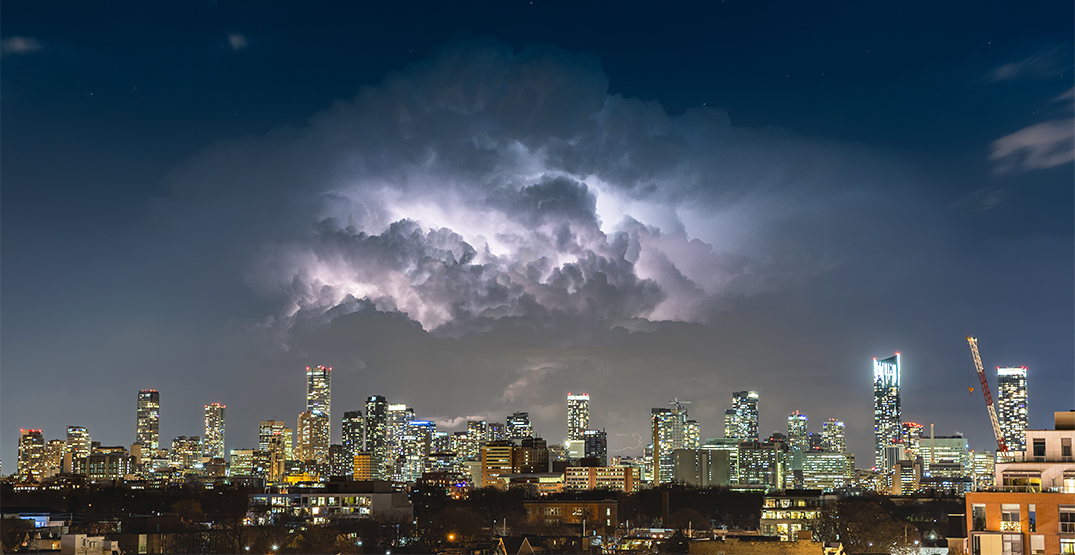 A thunderstorm over Toronto on March 24, 2021. (Scott Heaney/Shutterstock)

The Canadian Farmers’ Almanac has released its long-term weather predictions for summer, and it’s calling for warm temperatures with more thunderstorms than usual.

Although the Almanac doesn’t touch on day-to-day weather, it usually predicts seasonal patterns based on long-term trends.

This year it says summer heat could peak later than usual, with August and September bringing the year’s hottest temperatures.

Thunderstorm activity will be heaviest over the Eastern half of the country and the Prairies. The Farmers’ Almanac said on its website there is potential for those storms to spawn tornadoes.

BC and the Alberta Rockies will likely see a summer that’s warmer and drier than normal, the Farmers’ Almanac says.

Although a lack of rain sounds nice, it could set the scene for another intense wildfire season. Wildfire smoke has blocked out the sun in parts of BC for weeks at a time in years past and caused difficult breathing conditions.

As usual, the Prairie skies will likely put on a show this summer.

Those familiar afternoon thunderstorms will be back this year, with the Farmers’ Almanac foretelling sweltering heat and frequent storms over Canada’s most populous province.

Sizzling yet showery weather is also forecast for Quebec, where late summer could bring the most volatile weather.

Canada’s East Coast will see “sultry” temperatures along with frequent showers this summer, likely escaping the heat that will be felt over the rest of the country, the Almanac says. 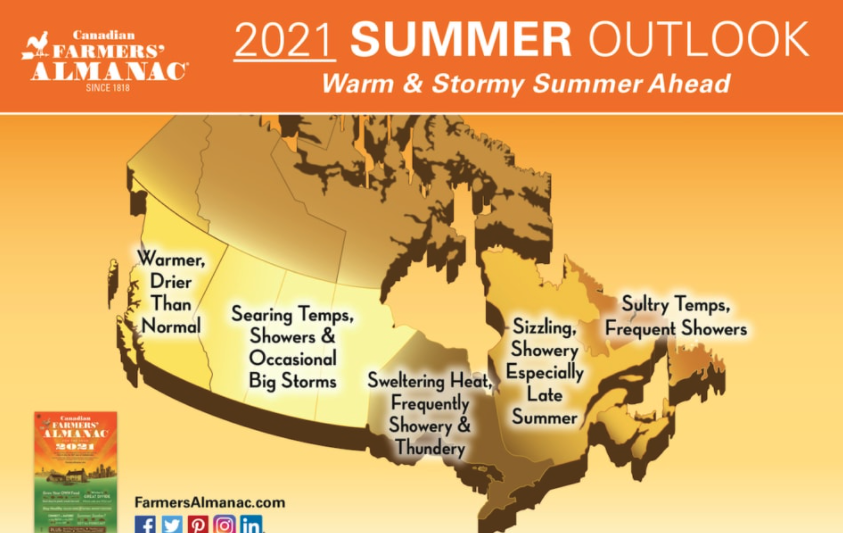 Summer officially begins on June 20 this year, which coincides with Father’s Day.

Health officials across the country say Canadians can expect a more normal summer as more people get vaccinated to help bring new COVID-19 infections under control.