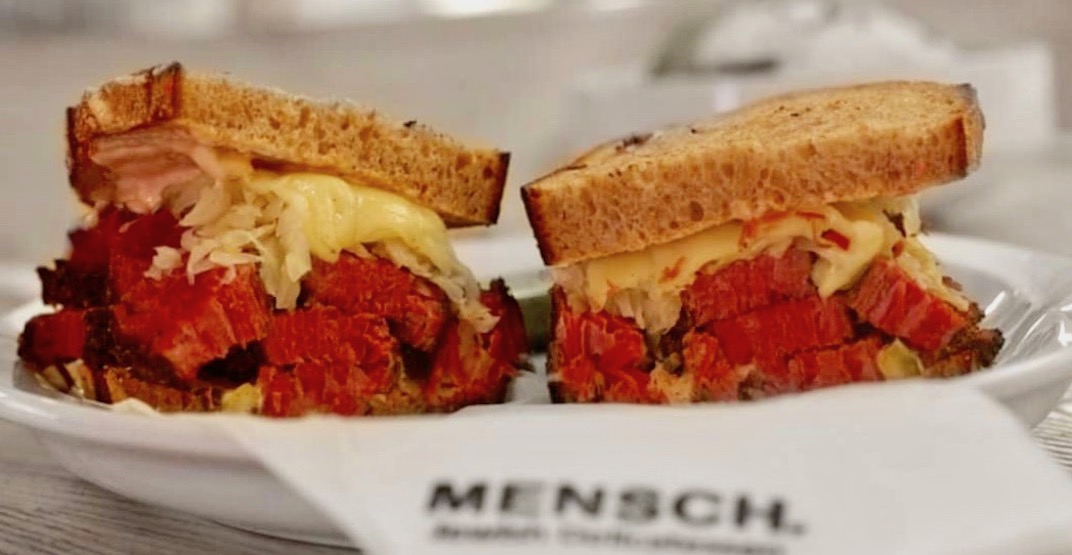 One of Vancouver’s favourite foodie pop-ups, Mensch Jewish Delicatessen, is returning with a series of special events this winter.

Mensch will be popping up on select dates at Kafka’s Coffee (577 Great Northern Way) where a selection of eats like its signature slow-brined, smoked, hand-cut New York-style hot pastrami sandwich on fresh rye bread will be available.

Other eats to expect include beet-cured Lox served with our house-made Labneh cheese on a fresh poppy seed bagel, in addition to drinks like beer from local craft brewer Brassneck.

So far there are two dates for this pop-up that have been announced, November 30 and December 14, but additional dates will be added in 2020.