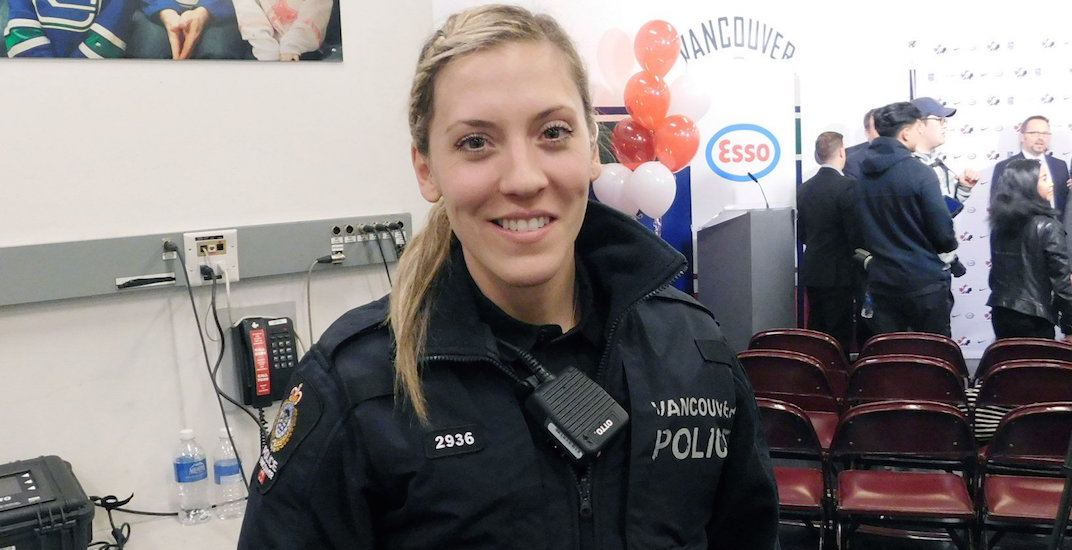 As the 2018 Olympic Games slowly creep closer, more and more Canadians will be adding accents of red and white to their daily attire, in support of our athletes in Pyeongchang.

A key few, including this Vancouver Police officer, will be trading in their current uniforms for a brand new one.

Meghan Agosta is a proud-serving member of the Vancouver Police Department. For a short time though, she’ll be putting down her badge to rejoin the Canadian women’s national hockey team for her fourth consecutive Olympic competition.

She was born in Windsor and raised in Ruthven, Ontario. She later moved to British Columbia and currently resides in Surrey, where she balances police work and on-ice training. She joined the force in early 2014, but has recently taken a leave of absence to represent her country.

A key member of the women’s hockey team, she’s expected to be a veteran presence among a younger squad. The high-scoring forward has won three gold medals in Olympic competition and received the distinction of MVP and Best Forward at the 2010 Winter Games in Vancouver.