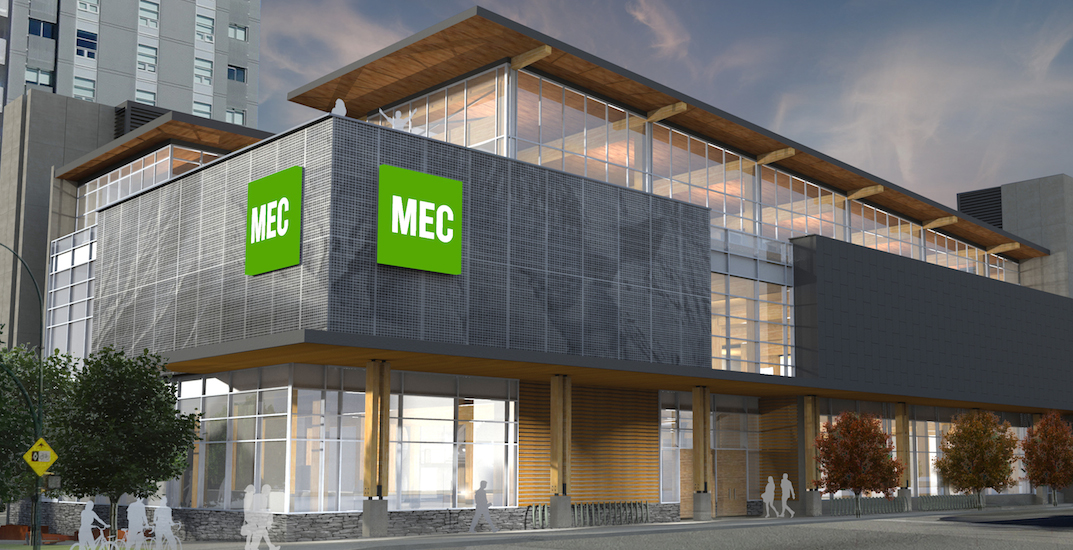 One of Vancouver’s largest outdoor recreation gear and clothing retailers is set to relocate to a new and expanded space in the Southeast False Creek neighbourhood.

Earlier today, construction officially commenced on MEC’s new flagship store on the northeast corner of the intersection of West 2nd Avenue and Quebec Street – next to the Olympic Village.

Plans for the new three-storey, 60,000-sq-ft building were first announced in 2015 as a partnership with Beedie Development, the local developer that owns the new store site. 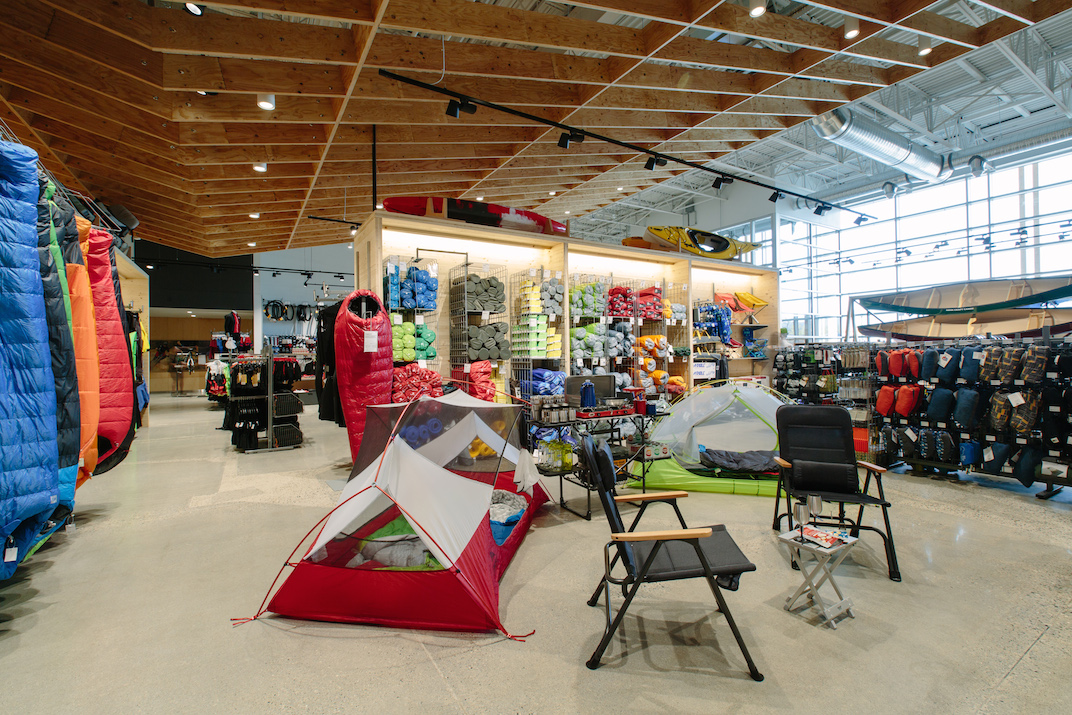 The first two levels totalling 34,789-sq-ft will be dedicated to retail, representing a 21% increase in retail floor area over the existing store at 130 West Broadway. Extensive services such as a full-service bike and ski tech shop will be incorporated into the new store.

And to support all the shoppers, 148 vehicle stalls will be built within three levels of underground parking.

“It’s hard to imagine a more perfect fit than MEC for our gateway site to Olympic Village,” said Ryan Beedie, president of Beedie, in a statement. “We are thrilled to partner with such an iconic and respected local company, and we appreciate the active involvement of the City of Vancouver in helping us all make this project a reality.” 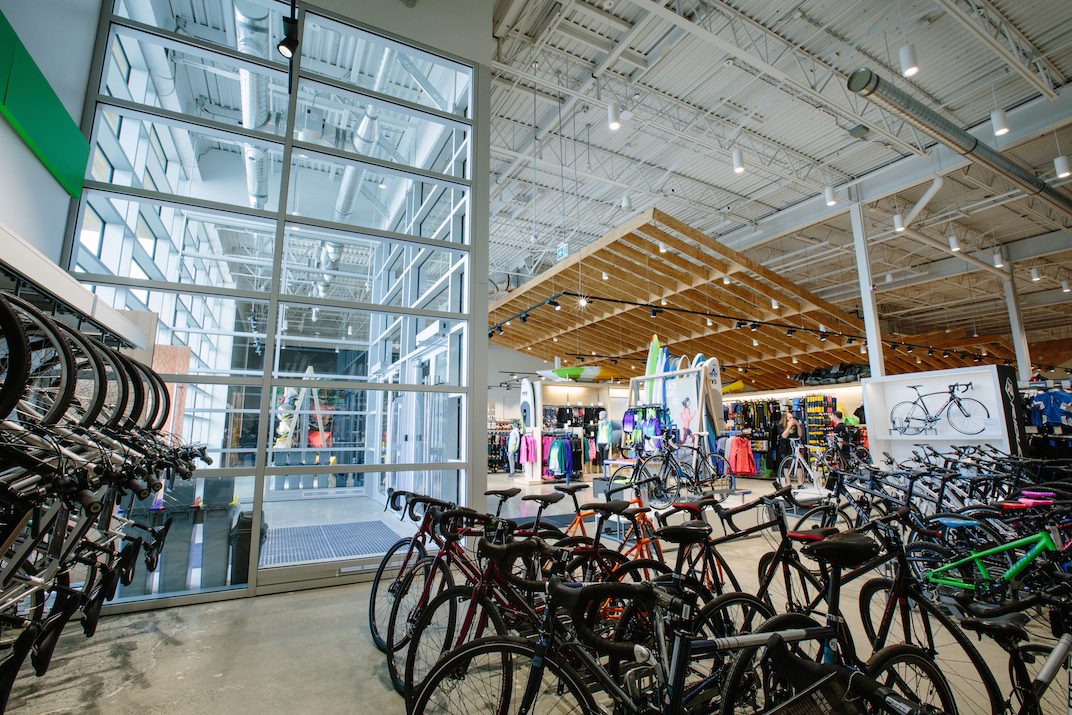 The purpose-built store is designed by Proscenium Architecture & Interiors – the same firm that designed MEC’s new head office in the False Creek Flats and its North Vancouver store. The project’s proponents are aiming for a LEED Gold environmental standard.

Similar to MEC’s new Kelowna store, there will be an extensive use of wood for structural purposes and product merchandizing, and natural light will pour into the retail area.

The new store will replace the West Broadway location, which has been open since 1995. MEC says the move is necessary as the lease on the property is about to expire, and the building’s useful life is coming to an end.

It is approximately a 15-minute walk from the old store to the new Olympic Village store.

MEC is aiming for an mid-2019 store opening. Within Metro Vancouver, the consumers’ cooperative has approximately 451,000 members.

Other stores in BC are located in North Vancouver, Victoria, Langley, and Kelowna. 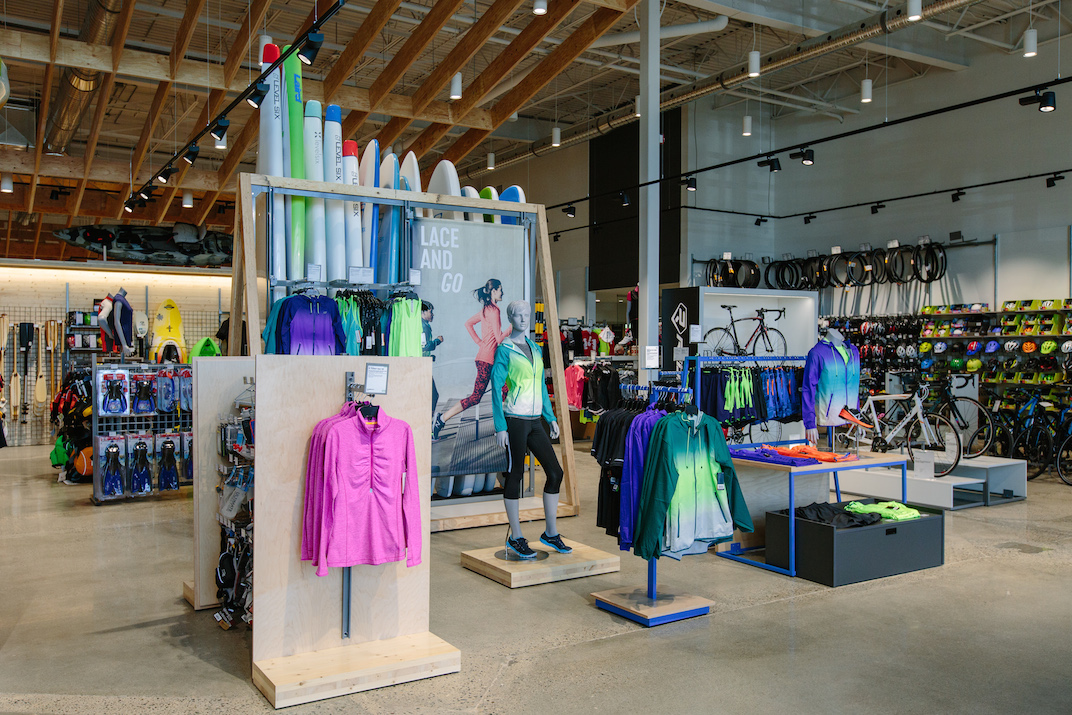