The letter warns that students, staff, and anyone who visited the school between Tuesday, October 30 and Friday, November, 2, may have been exposed to a case of measles.

Students and staff who were born after 1970 and have never received the Measles, Mumps, and Rubella (MMR) vaccination are not allowed to return to school until November 26, 2018.

Medical staff will be at the school on Thursday, November 8 and Friday, November 9, to set up an immunization clinic for anyone that requires a second dose.

Symptoms of measles include:

Infected individuals will likely develop symptoms within seven to 21 days of exposure.

Naturally, anyone who displays any of these symptoms has been asked to remain at home.

There has been no mention whether the exposure came from a student or a staff member, nor has it been mentioned how the case was discovered.

The full letter sent to parents can be seen below: 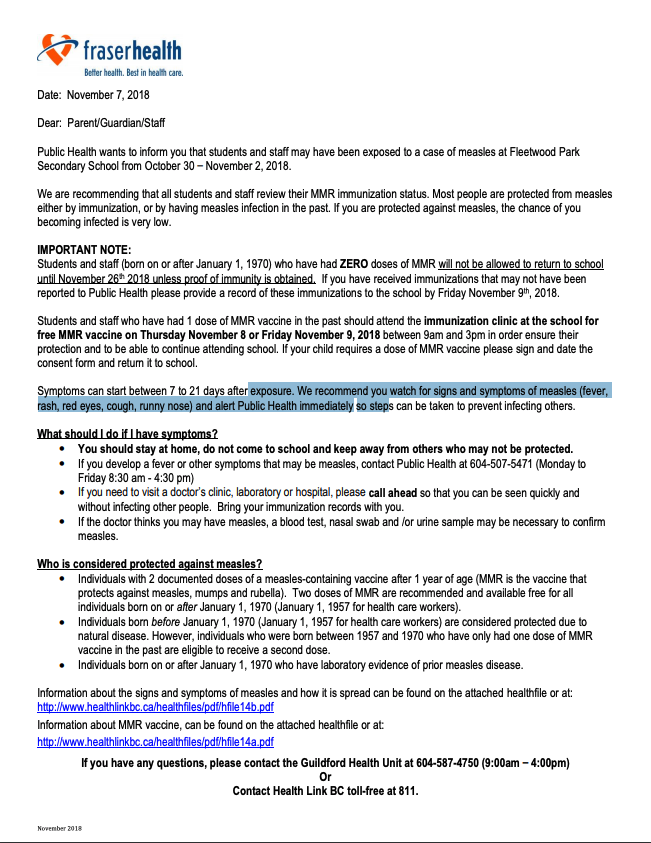