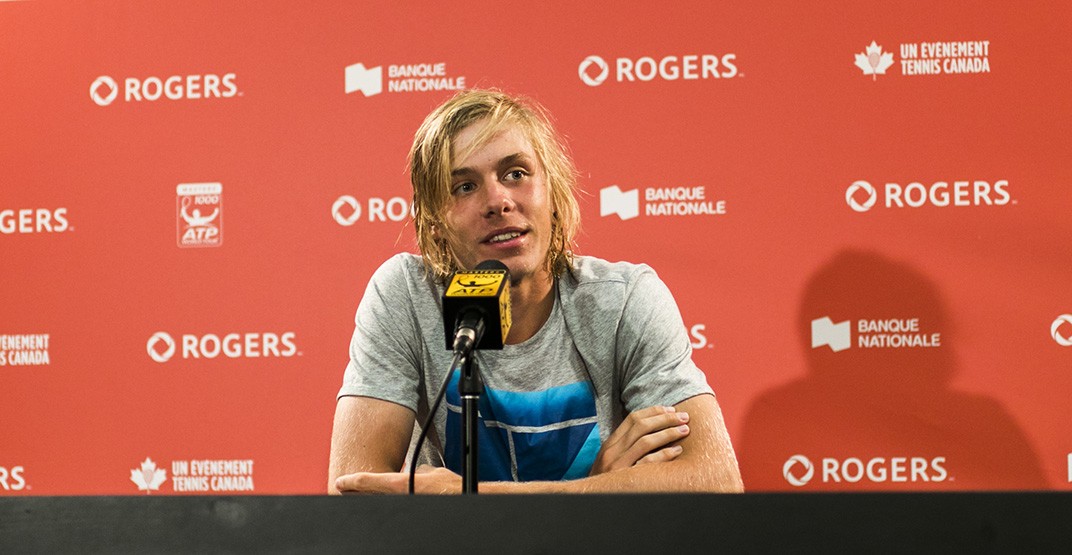 After watching Denis Shapovalov’s run to the semi-final at the Rogers Cup in Montreal, Canadians are eager to watch him achieve things no one from this country has before in tennis.

Both Milos Raonic and Eugenie Bouchard have made it to Grand Slam finals, but Canada continues to await its first champion.

They’ll be happy to know that some well respected individuals in the tennis world believe the 18-year-old has it in him.

Following the Rogers Cup final on Sunday, Roger Federer – owner of the all-time record in Major tennis titles – said Shapovalov was the story of the week.

“He had the matches of the tournament with all these great three-setters – especially the one against Rafa. He caught the attention of the tennis world and rightfully so.”

Patrick McEnroe, who was at the Rogers Cup covering the tournament for ESPN, told us his thoughts on Shapovalov’s future.

“Obviously he’s got a lot of weapons with his forehand, his serve, and a particularly good backhand,” McEnroe said to Daily Hive the morning after Shapovalov’s win over Rafael Nadal on Thursday.

The retired player was impressed by Shapovalov’s movement and athleticism as well.

“I knew he had big shots, a big forehand, a big serve, but his moving impressed me a lot today, from side to side,” Zverev said after the semi-final.

“That impressed me because I hadn’t seen it on TV. I witnessed it today.”

As captain of the U.S. Davis Cup team for a record 10 years, McEnroe has seen many young players develop over the years.

“For someone at his age to beat [Juan Martin] Del Potro and Nadal back-to-back I would say is a sign he’s got a big future,” said McEnroe.

With his run to the semis, Shapovalov jumped from 144 to 67 in the ATP rankings.

“Assuming he puts the work in that’s necessary to maintain his physique and get stronger, there’s no telling how good he can be,” McEnroe continued.

He warns Canadians though, Shapovalov’s assent to the top of the sport will still take time.

“Bursting on the scene here at his home tournament, he’s become a superstar overnight. He’s not at that level yet as a player. He’s got to work his way up to that.”

One thing that may hinder Shapovalov’s development in McEnroe’s opinion is the lack of history in Canadian tennis. It will be a good thing, he says, that Shapovalov and Felix Auger-Aliassime – who missed the 2017 Rogers Cup due to injury – will be developing and coming into the sport together.

“Hopefully those two guys coming up [Shapovalov and Auger-Aliassime] can sort of feed off each other,” he said, noting how that has happened a few times over the years in U.S. tennis.

Shapovalov’s coach Martin Laurendeau spoke with the media the morning after his win over Nadal.

“His biggest improvement to me has been how he’s competing, how he’s channeling and managing his emotions,” said Laurendeau, who is also captain of Canada’s Davis Cup team.

“He’s got a lot of weapons. I think he’s always going to be a guy that takes it to the other guys.”

The 18-year-old has an X-factor too, according to his coach: “He’s like a fish in water when you put him on a big court against a big player.”

As for next steps for the 18-year-old, Laurendeu says it’s pretty simple.

The idea of a Grand Slam contender is one Canadians won’t have any trouble getting behind.