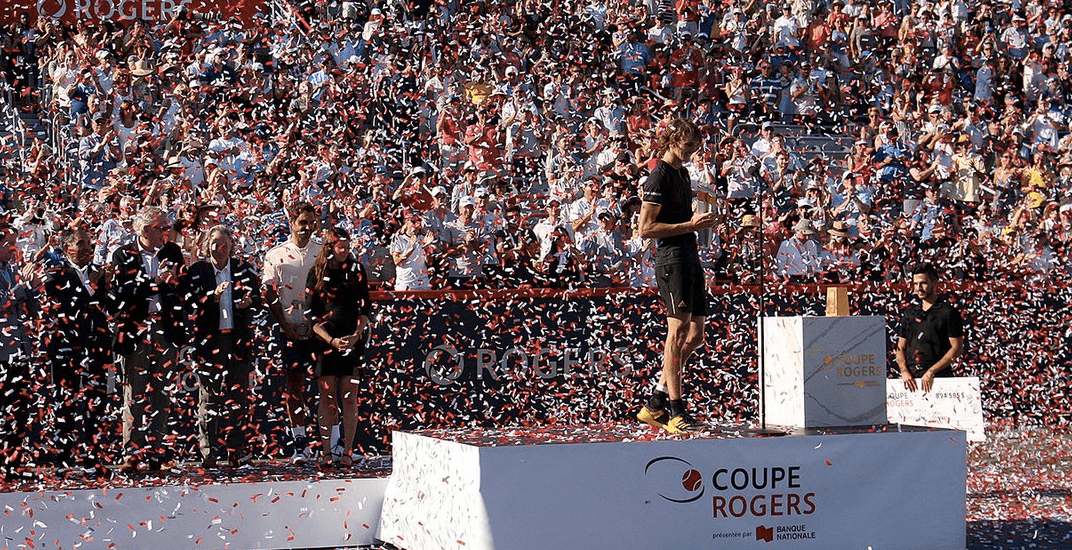 The 2017 Rogers Cup in Montreal has seen has set a world-record for attendance for a one-week tournament.

According to Tennis Canada, a total of 216,097 fans were on-site throughout the tournament.

Fans came out to see some of the best tennis players in the world, including Roger Federer and Rafael Nadal.

But this year the tournament showcased tennis’ future stars. Canadian Denis Shapovalov, 18, had an incredible week as he defeated top ranked Rafael Nadal and achieved by far the biggest win in his very promising career.

“There was a tennis craze in our city in the last few weeks and it shows in our attendance numbers,” said Eugène Lapierre, Tournament Director of Rogers Cup presented by National Bank, in a release.

“There were compelling storylines throughout the tournament and the Montreal crowd once again demonstrated their love of tennis. It has been a while since we experienced such excitement for our sport.”

The previous attendance record for a one-week tournament was set in Montreal in 2011, with a total attendance of 213,760 spectators.