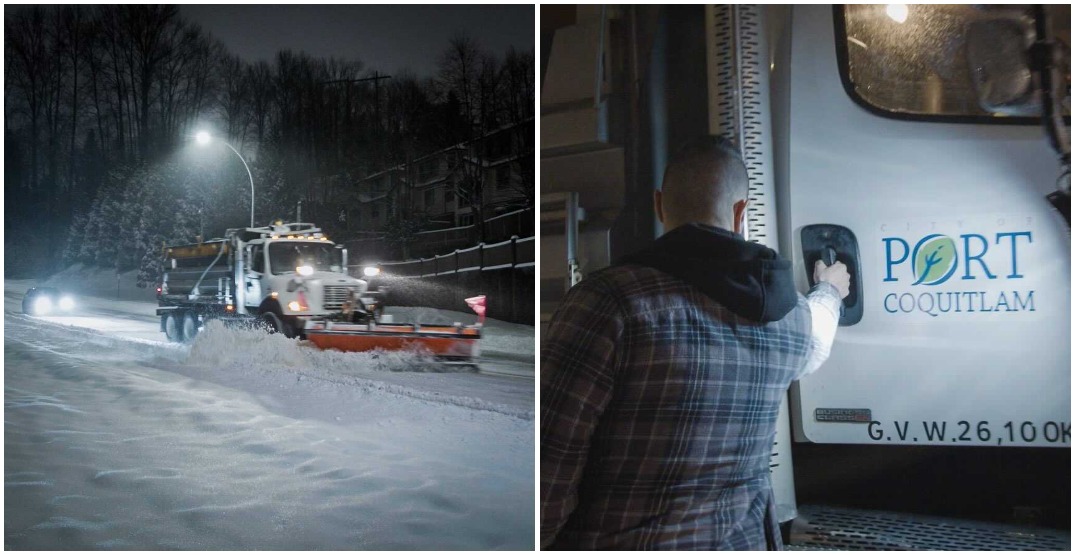 Port Coquitlam Mayor Brad West took part in a snowplow ride-along to experience just how challenging it can be to keep the roads clear. 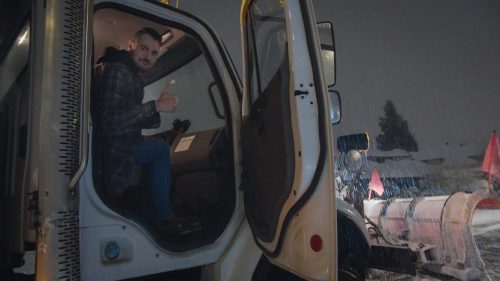 Checking in from my snow plow ride along. Crew has been on shift from 11 pm last night. Getting it done in Port Coquitlam. Here we are working with another plow to widen out Shaughnessy. pic.twitter.com/um2NG1h4Ib

Plows have been out across the region as many areas of Metro Vancouver deal with a major snowfall. And driving a plow isn’t easy. 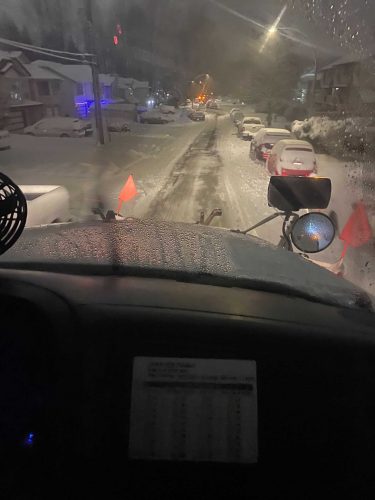 West says this is the first time he has done something like this and says the job requires a lot of skill.

“It requires a tremendous amount of skill, care and attention. There’s some pretty tight spots to get in and out of and these plows are big! Sometimes you’re navigating a street with cars parked on both sides. We went down one street that had a small cul-de-sac off of it. The driver, Jack, pulled a move where he cleared the cul-de-sac by reversing into it because it was too small to pull a U-turn in. It took a lot of skill. Instead of just skipping the cul-de-sac, he got it done for the eight homes there. The drivers also pay close attention to where people have dug out their driveways and sidewalks to avoid pushing snow back on it.”

Here we are hitting a street with culdesac off the side. Down to end of the street, clear culdesac by reversing into it. Jack has perfected his skills over 28 years on the job. pic.twitter.com/u39YTtJpN7

He adds Jack has 28 years of service and takes a lot of pride in his work. “He told me [he] gets a lot of satisfaction out of doing his job and knowing it means people can get to where they need to be.”

West adds, “He worked through Christmas Eve and Day and I thanked him for making it possible for families to be able to get together and that he should be proud of the job he is doing because it’s important work.”

Other cities around the region have faced some criticism for their snow clearing plans. So, does Mayor West think other municipal leaders should get out there and experience just how challenging the job can be?