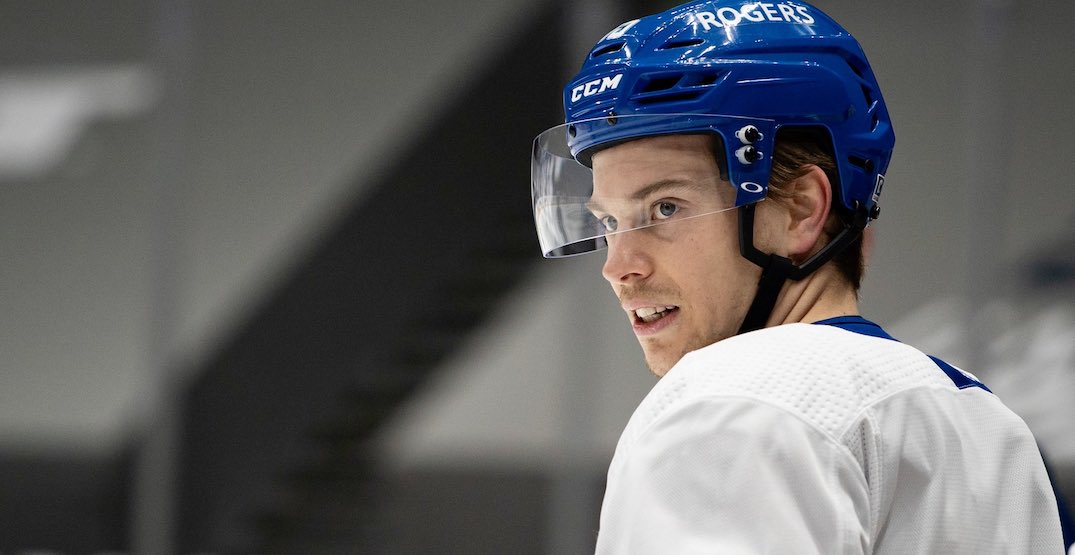 If you giggled when you first heard his name, you’ll love this.

Matthew Highmore skated with the Vancouver Canucks for the first time this morning, after being acquired in a trade with the Chicago Blackhawks for Adam Gaudette last week.

He participated in line rushes, which is an indication that Highmore should make his Canucks debut tonight.

Cue the jokes about a guy named Highmore playing on 4/20.

In addition to Highmore, the Canucks also got four players back for the first time since the COVID outbreak within the team: Thatcher Demko, Nate Schmidt, Olli Juolevi, and Jake Virtanen.

Smart money is on Demko getting more rest in favour of Braden Holtby starting again, after his tremendous outing on Sunday. Judging from how they lined up at the morning skate, Schmidt, Juolevi, and Virtanen should all play.

The potential addition of Schmidt is particularly important, given that Alex Edler is suspended for the next two games.

Here’s how line rushes looked, according to TSN’s Farhan Lalji:

Sautner-Brisebois
Edler also skating this morning.
Motte is the only player that was on the covid list still not skating. Bowey also not skating with team yet.

Travis Green wouldn’t confirm who will be in the lineup for tonight’s rematch against the Toronto Maple Leafs (6 pm on Sportsnet). The Canucks coach was as cagey as ever, responding to a lineup question like this: “I can tell you that will have 13 forwards, seven D, and two goalies in warmup.”

Highmore has been inactive for the last week, as he fulfilled the new seven-day quarantine requirement. During normal times, the team might want to give him more than a morning skate before inserting him into the lineup, though as one of the few players on the roster not still recovering from a bout with COVID, it makes sense to play Highmore right away.

Defeating the top team in the division for a second straight game will be a tall task. The team was running on adrenaline on Sunday, with Jimmy Vesey calling it “probably one of the most fun wins I’ve had in my pro career.”

But if they manage to pull it off again? Don’t be surprised if people start using the P-word.

Both the Montreal Canadiens and Calgary Flames lost again last night. The Canucks are still 10 points back of the last playoff spot, but they’ve got five games in hand on the Habs — with four straight games against the Ottawa Senators coming up after tonight.

So you’re telling me there’s a chance… 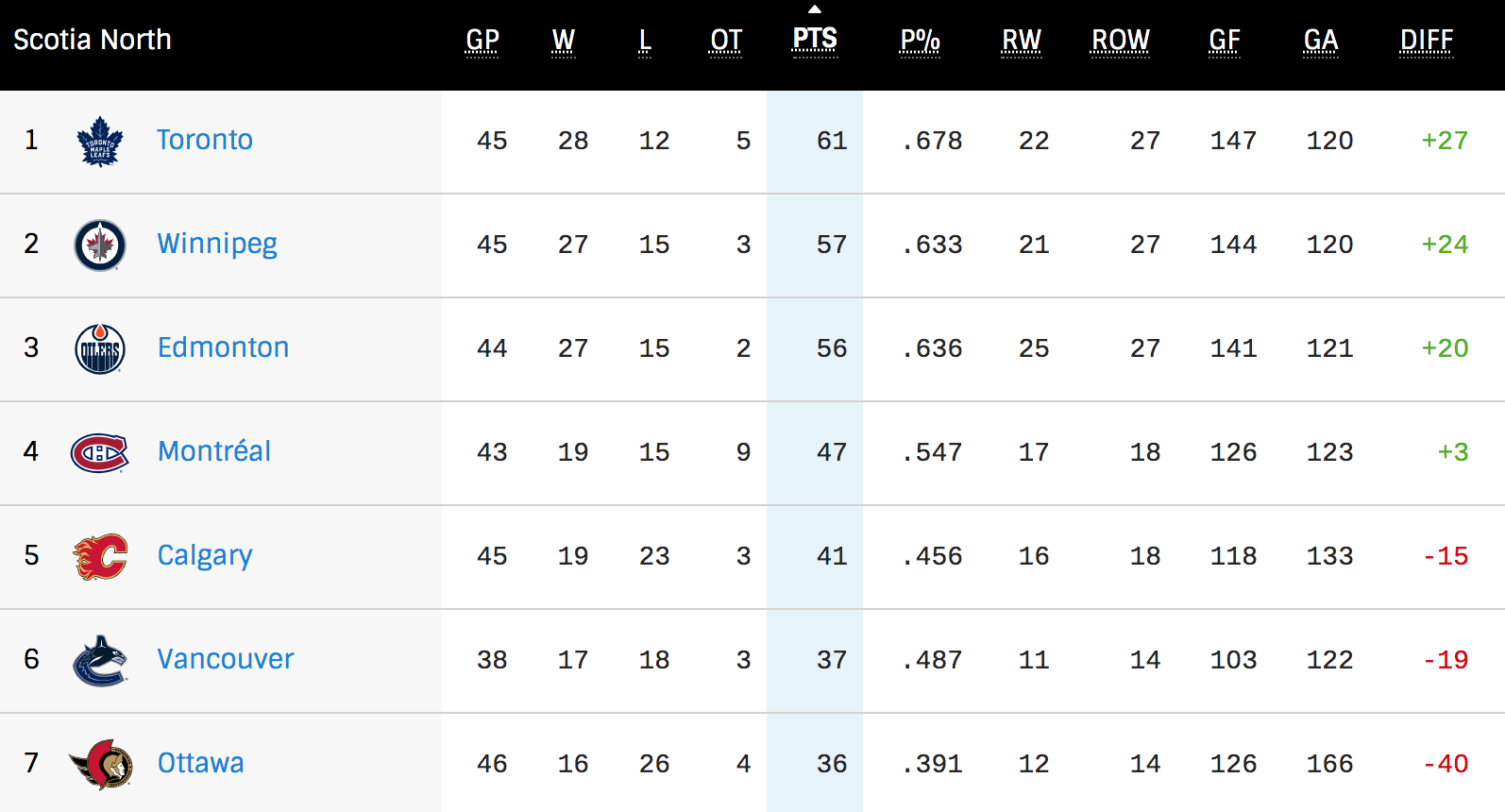