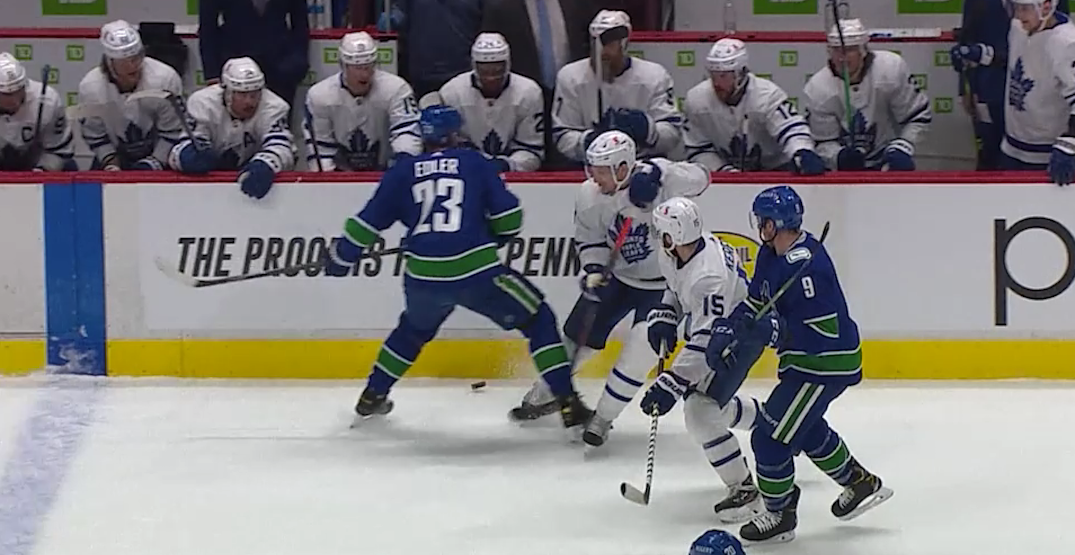 After missing multiple weeks of action due to COVID-19, Alex Edler will miss the next two games.

Hyman left the game and didn’t return, after the knee-on-knee contact. Edler was fatigued, caught on the ice for a three-minute shift, and hung his leg out to get a piece of the Leafs forward who made a move to get around him.

The suspension will cost Edler $103,448.28 in missed salary, which will go to the Players’ Emergency Assistance Fund.

Losing Edler couldn’t come at a worse time for the Canucks, who had to dress two rookie defencemen last game in Jalen Chatfield and Guillaume Brisebois. Defencemen Nate Schmidt and Olli Juolevi missed the game as they are still recovering from COVID-19.

The Canucks and Leafs will play again on Tuesday in Vancouver.