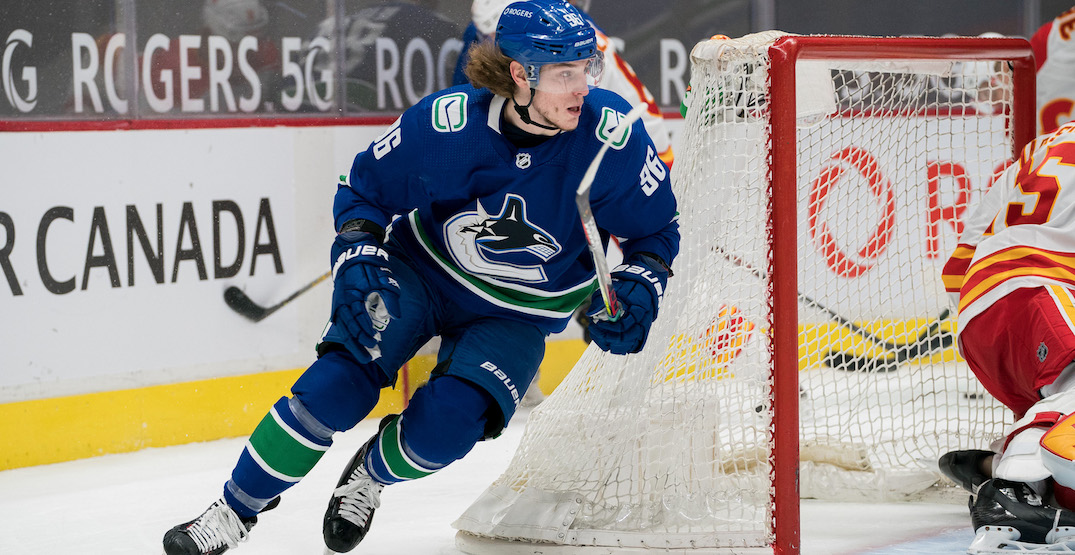 The Vancouver Canucks have pulled off a trade, less than three hours before today’s noon trade deadline.

Adam Gaudette is on his way to Chicago, with the Canucks receiving 25-year-old forward Matthew Highmore in return from the Blackhawks.

Gaudette, 24, is having a disappointing season with just seven points (3-4-7) in 33 games. That would be a career-year for Highmore though, as the Halifax native has no goals and two assists in 24 games for Chicago this season.

An undrafted free agent signing by the Blackhawks in 2017, Highmore has put up good numbers in the AHL, scoring 64 points in 97 games in Rockford. In 73 career NHL games, he has 10 points.

Listed as a 5-foot-11 centre, Highmore has played primarily on the wing in the NHL. He has been used sparingly by the Blackhawks this season, averaging just 8:20 per game.

The scouting report on Highmore from Dobber’s Prospects is that he’s a speedy player that shoots the puck a lot and doesn’t hesitate to throw a hit or block a shot.

Gaudette is one of the few Canucks players who is not currently on the NHL’s COVID list, as he was removed from it yesterday after testing positive for the first time two weeks ago. A Hobey Baker Award winner in college, Gaudette has scored 52 points in 153 career games with the Canucks, including 33 points in 59 games last season.

Highmore is signed for one more year beyond this season, with a contract carrying a $725,000 cap hit. Gaudette is a pending restricted free agent and currently makes $950,000.