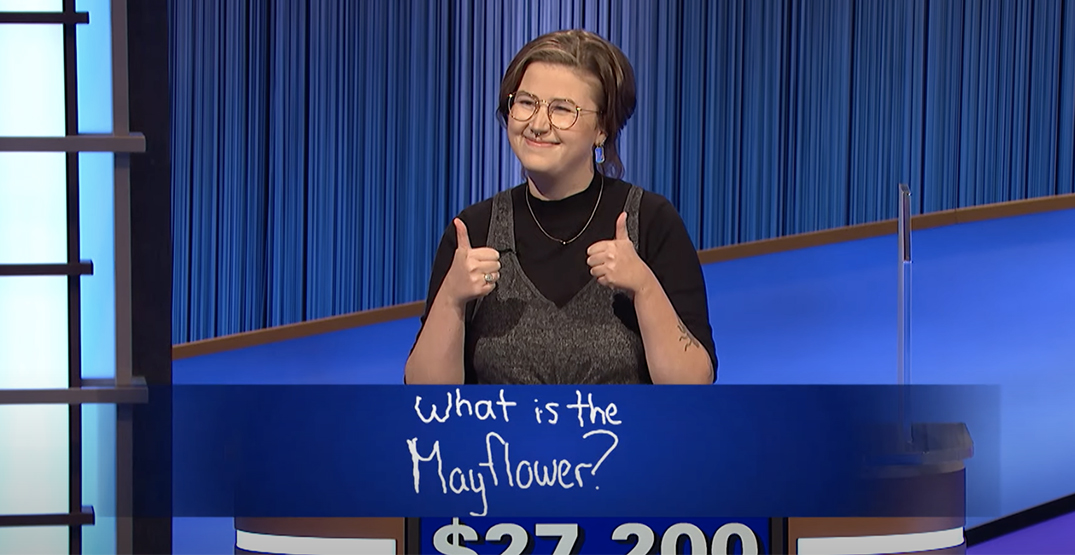 The Toronto-based tutor definitely taught her competition a lesson, answering 26 of 27 questions correctly. She also landed on two daily doubles, one of which was perfect for the Nova Scotian.

“The Torontonian from Halifax who is absolutely *crushing it* on #Jeopardy just landed on this Daily Double clue, and it could not have been more perfect,” a fan tweeted with a photo of Roach smiling knowingly next to the Daily Double.

The clue was “3 of Canada’s 4 Atlantic provinces start with “N”: Nova Scotia, Newfoundland and Labrador, this one.”

lolololol, @mattearoach, the Torontonian from Halifax who is absolutely *crushing it* on #Jeopardy just landed on this Daily Double clue & it could not have been more perfect. pic.twitter.com/4CSK2yNHRH

For those who need to brush up on their Canadian provinces, the answer is New Brunswick.

Roach is also on top of her American trivia knowledge.

Last night’s final jeopardy was on names in American history: “Capable of freighting about 180 tons of cargo, in 1624 it was in disrepair and appraised at a total value of 128 pounds.”

“Mattea Roach, the champion, she was good on Canadiana earlier in the game; how is she on Americana,” said co-host Ken Jennings.

Roach answered correctly, “What is the Mayflower?” She wagered $5,500. Opponent Jessie Francis also answered the final jeopardy correctly but only wagered a conservative $100, bringing her earnings to $10,300, still far behind Roach.

The Jeopardy! star has made history, being the first Canadian to win more than five games.