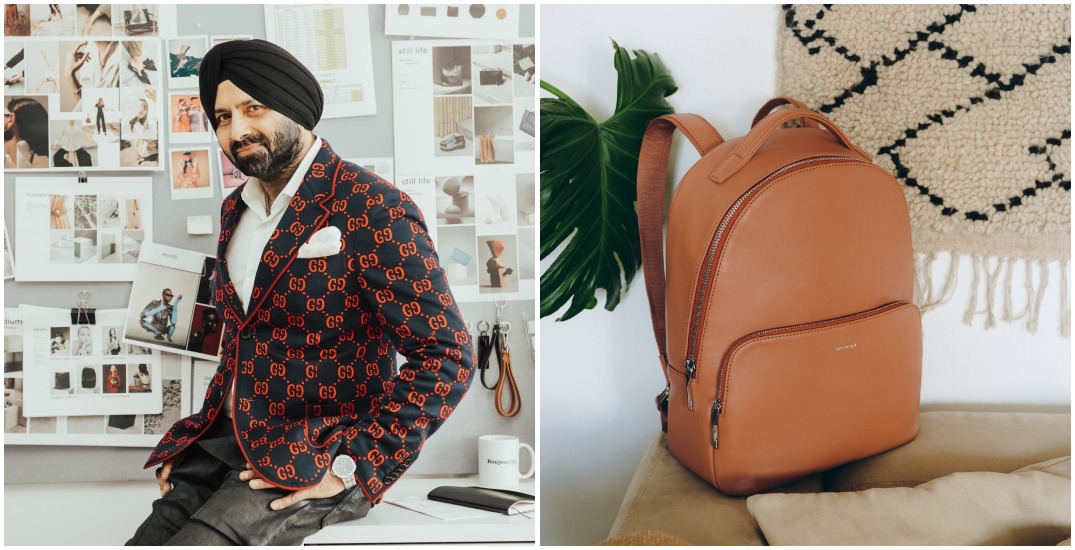 Montreal's Manny Kohli is the CEO of Matt & Nat

Going vegan doesn’t just apply to your diet — it can also be a change in your apparel and clothing purchases, too. While animal-free leather may seem like a hot new trend, Matt & Nat has been quietly trailblazing the movement for over two decades.

The popular Montreal based clothing and accessory brand started back in 1995, and has stayed committed to its vegan ethos ever since.

“Our goal was always to stay vegan — which the company was from day one,” current CEO Manny Kohli said in an interview with Daily Hive.

Intrigued by the idea of a vegan leather business, Kohli became a partner in Matt & Nat back in October 2000. Within a month, he quickly made some changes — scrapping away with the old name (Via Vegan) and brainstorming a new one. 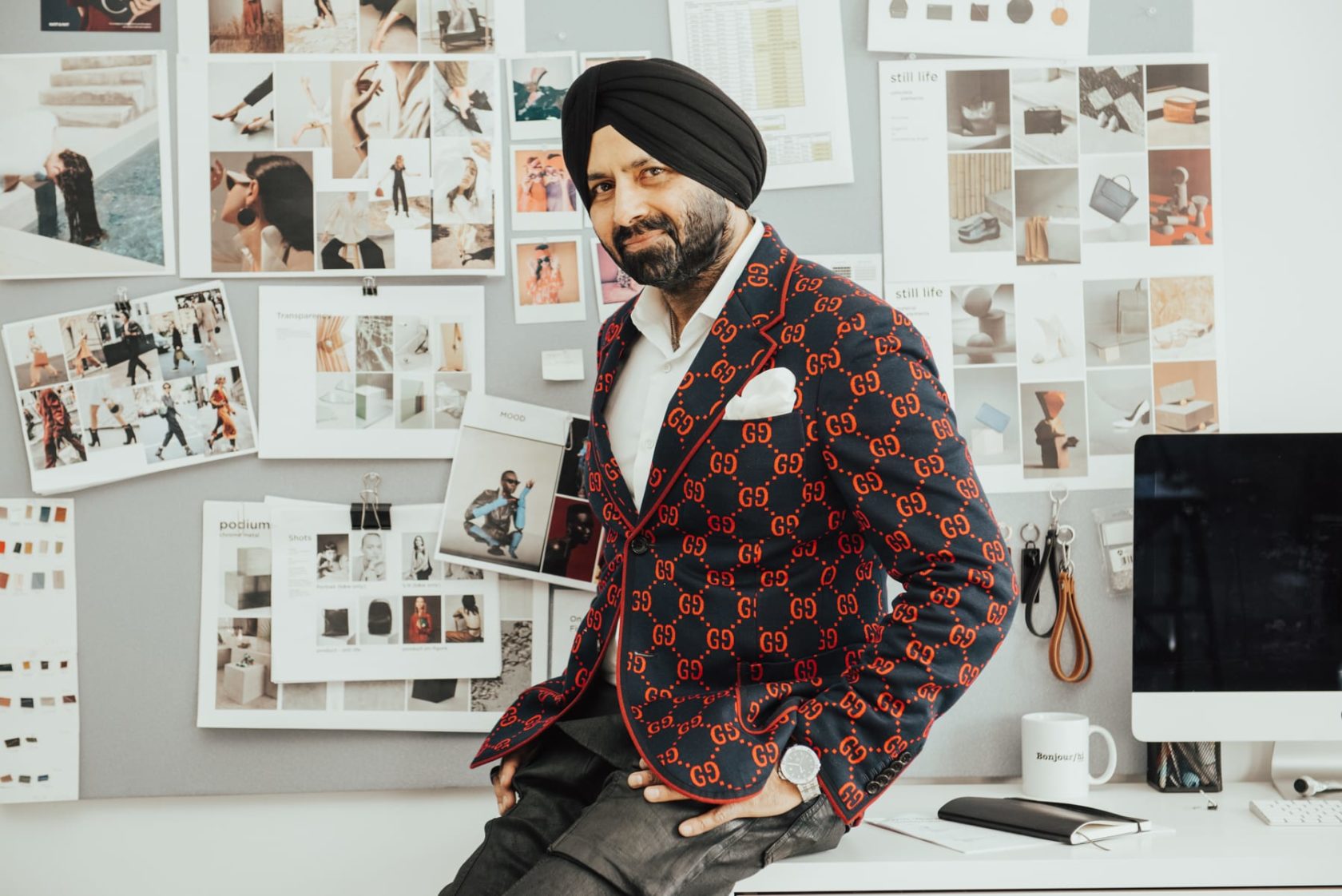 “We needed something catchy. We both came up with Matt as [a play on the] ‘material.’” Often mistaken as a name, Nat, in fact, is nod to the word nature — a subtle reference to the company’s vegan roots.

While the term is commonplace now, 20 years ago was a different story — especially when it came to finding the right materials to make their sleekly designed bags and accessories.

“That was my business partner’s biggest challenge, as he was having a hard time sourcing fabrics and he was trying to source everything in Montreal,” Manny recalls. His partner departed the company in 2013.

In the early 2000s, Kohli had an uncle living in Hong Kong who was familiar with the market in China, and made the suggestion for his nephew to take his search there.

“Within a month I changed the name. Within three months, we had my partner on a flight to Hong Kong, where he spent two and a half weeks. He returned to Montreal with 30 samples in his suitcase,” Manny remembers.

Kohli’s experience in the wholesale space was integral to the company’s growth, bringing the brand to major department stores in Canada, the US and eventually around the globe. 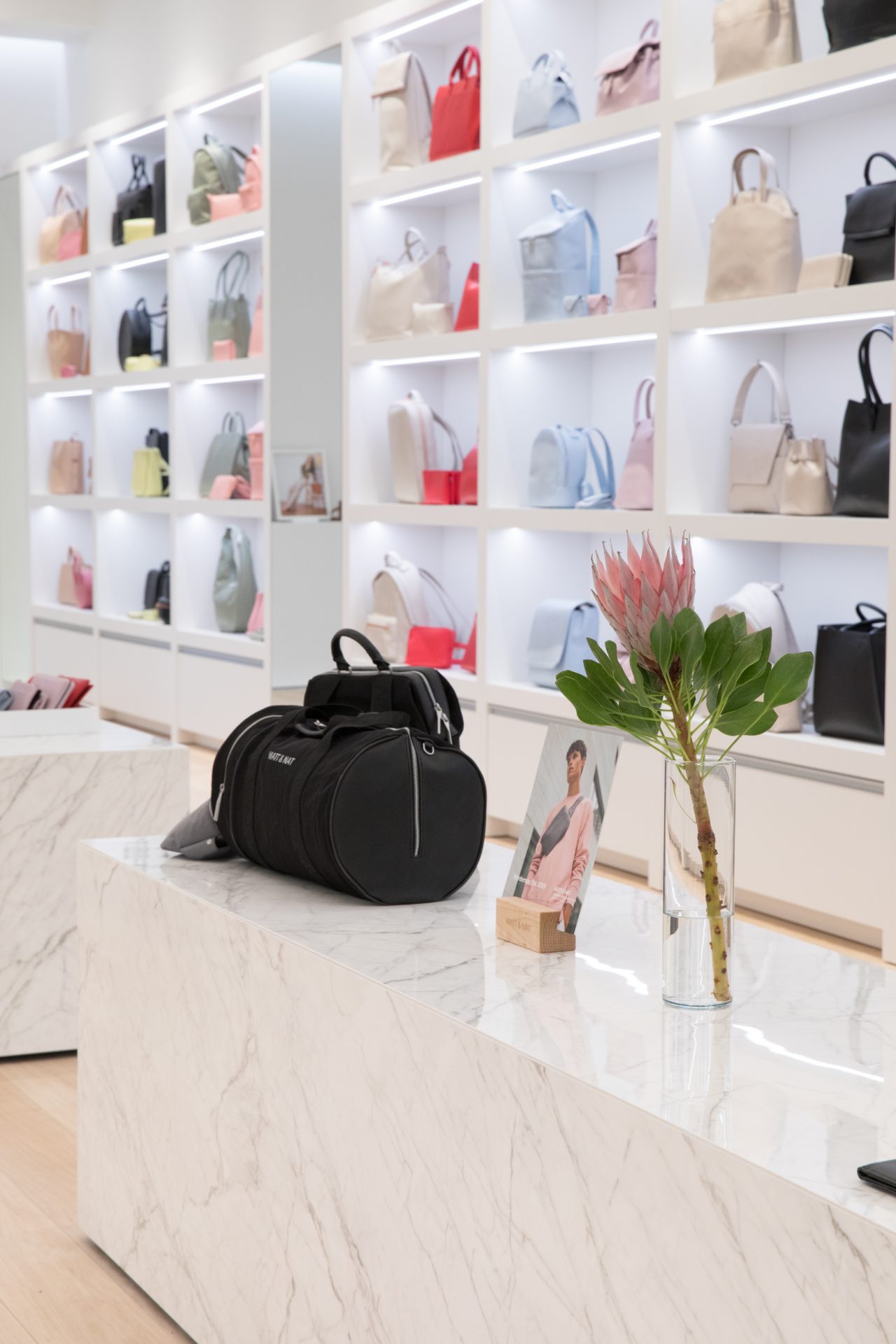 Various bag styles are seen at a Matt & Nat store in Montreal. The company uses all vegan and recycled materials. (Credit: Matt & Nat)

Long before executing his vision at Matt & Nat (and living out his dreams of running a fashion company), Manny cut his teeth in the retail space alongside his dad and brother: the family ran an electronics business, which also included a Canadian wholesale agreement with the ultra-popular Beanie Babies.

“That was our first jackpot. We did that for six years,” he explains. While business was good for the family, Manny’s passions and interests were elsewhere.

“All my money was always going to clothes and shoes. I used to dream that I wanted to have a business in the fashion industry,” he recalls, starry eyed — remembering one particular retail experience that changed the course of his life.

As a teenager, Kohli immigrated from the Punjab state of India to Canada with the promise of a new, better life. “My father came in 1980 to Montreal — he loved it,” Manny begins. After an excruciatingly long visa process and a five-hour consulate interview, he and his mom obtained visas to make the move halfway around the world.

Upon touching down in Canada’s fashion a capital, a trip to The Bay was essential. At the famed department store store, Manny bought his very first pair of jeans and a chunky heeled boot.

“They were Wrangler,” he laughs, noting he had seen them in a magazine. “I was in heaven.”

After high school, the future entrepreneur decided he didn’t need a degree to make a living. In retrospect, Manny says he learned the world of business through hands-on experience with his family.

“I had 10 years of experience in business before coming on as a partner to Matt & Nat — I knew I could grow it,” he says.

Following his business partner’s trip to Hong Kong (and a slew of new styles in tow), the pair hosted accessory shows in Toronto and New York where they were able to connect with potential retailers.

“[The brand] took off…the price point was right. At the time, many people didn’t know much about veganism,” he says, reflecting back on the early ‘aughts. “One buyer told us that they were happy to buy leather bags — but said that that [vegan bags] were crazy. A few years later, they came back and said they were ready to buy. We never looked back.” The result of the back-to-back shows resulted in the company doubling its sales. 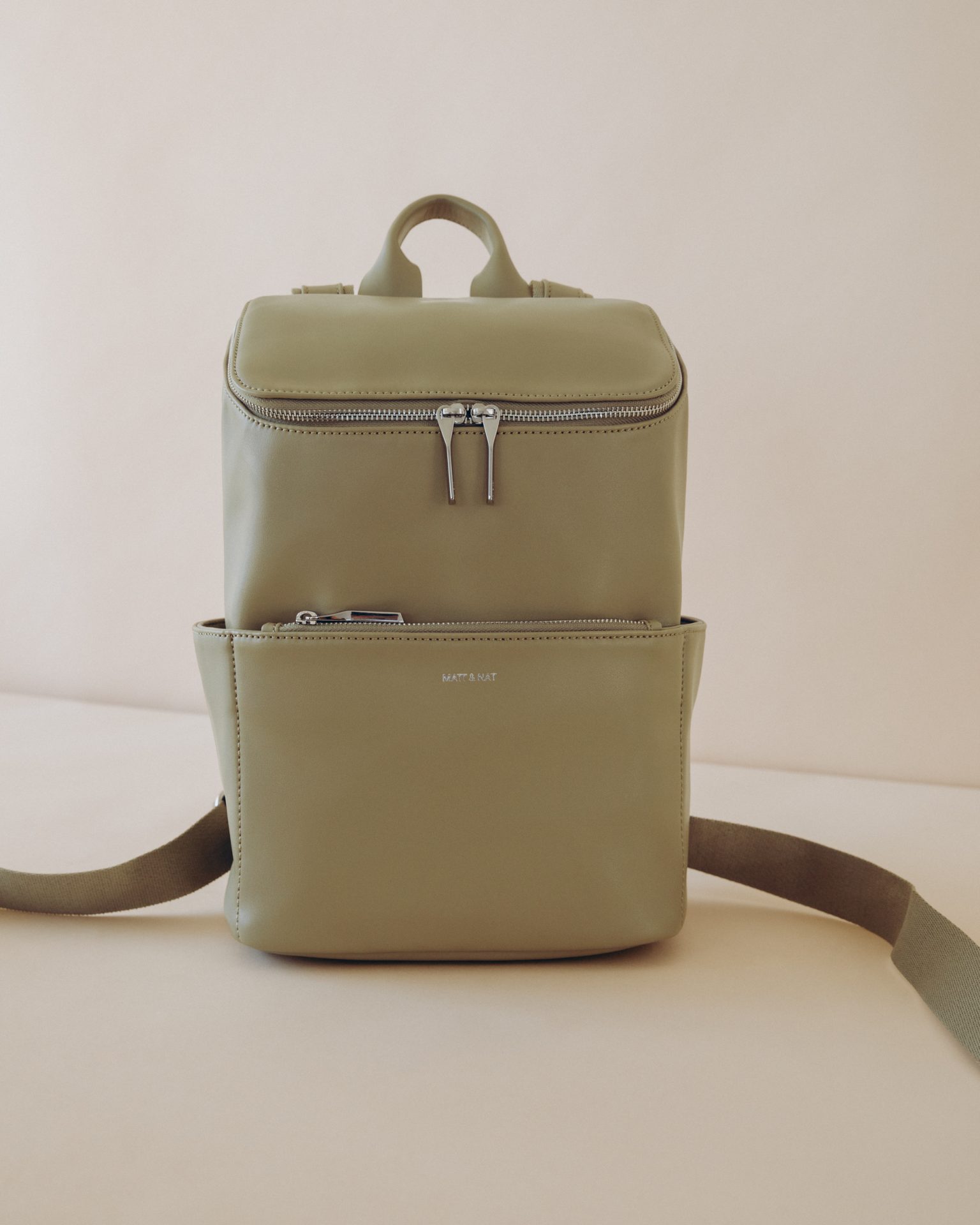 Manny himself wasn’t vegan at the time of taking the helm of Matt & Nat — and was a voracious meat eater in his younger years. After experiencing some digestive issues and seeing a nutritionist, made some diet choices after realizing he wasn’t getting enough greens.

“The first thing they said was no meat for three months — I thought, ‘Are you kidding me? I can’t.’ But I had no choice. I had to be meatless for three months. And first week was very, very tough,” he says. “I’ve now been vegetarian for 21 years and vegan for eight.”

The dad of three has owned Matt & Nat for just as long — slowly growing the company to be a leader in the space.

Manny still credits design to being the key driver for the globally successful brand, which can be found all over Europe, Asia and North America. “It was simple and functional…and the quality was there from our fabric to our hardware,” he says.

Sustainability has also been a core value throughout the company’s 25 year tenure — and in 2007, Manny began looking into recycled fabrics. “We found an amazing factory in Hong Kong that we still work with them today,” he says, adding that the brand first began using recycled materials in the lining for their popular mags.

“We never looked back [once we made the switch] — our 2021 collection is the first where we have 75% of the collection from recycled materials.”

Beyond their vegan approach and commitment to sustainability, the company has adopted the motto “live beautifully.” At Matt & Nat, that means constantly bettering their ways while also being socially responsible, being authentic and being inclusive.

Manny had all of those things in mind for the next chapter of his ever-growing company, which now also includes his three sons: Paul, 37, who manages IT and e-commerce, Tarun, 31, who is the retail operations manager, and Harman, 26, Matt & Nat’s warehouse manager.

After staying exclusively wholesale with their own e-commerce site for 15 years, the brand made their first foray into brick-and-mortar in March 2016 with a flagship store in Montreal. 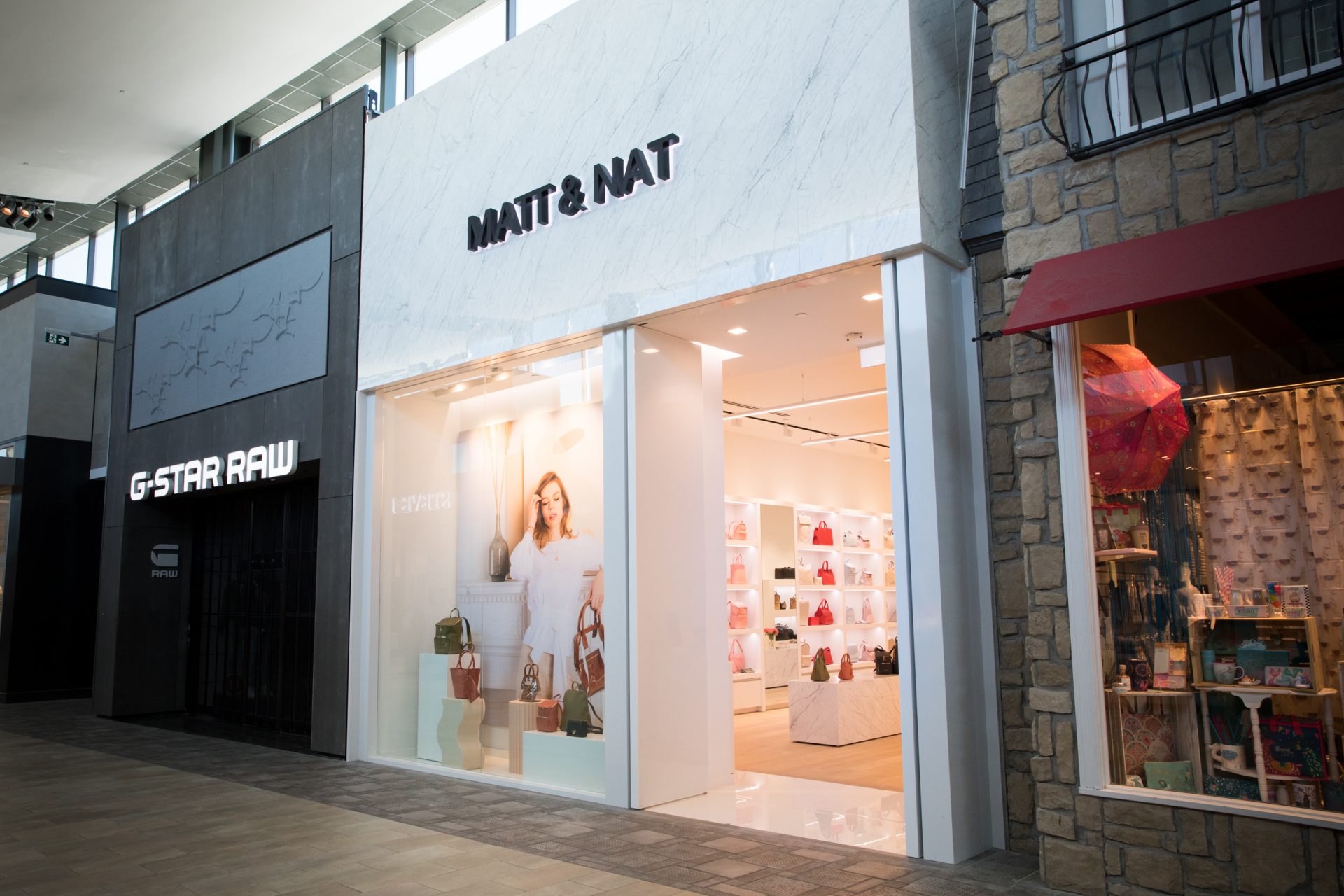 “I didn’t want to gamble big,” Manny says, explaining the initial store was a reasonable 1000 sq. feet. “I thought, ‘let’s try this for a year’…and t’s been crazy. We did more than fine, and our first months were very strong.”

He quickly began thinking about a city to open a store, deciding on Toronto. “It helped make our brand stronger…but we’re also making money,” he adds. As of 2021, Matt & Nat has twelve brick-and-mortar locations. The western market — particularly Vancouver, Calgary and Edmonton — however, remains Matt & Nat’s biggest market.

Today, company’s best-selling item remains the “Brave” backpack in black, which was initially introduced in 2010 (“It’s very, very popular,” Manny says). Eventually, he also expanded the company’s offerings to include a full apparel line — including jackets and shoes. Unisex styles are also core.

Their most recent expansion includes the addition of shoes to the collection. “We were getting a lot of emails and social media requests asking for vegan footwear.” Back then, Manny was slightly trepidatious about the venture: shoes aren’t like bags, after all, especially when it comes to sizing. 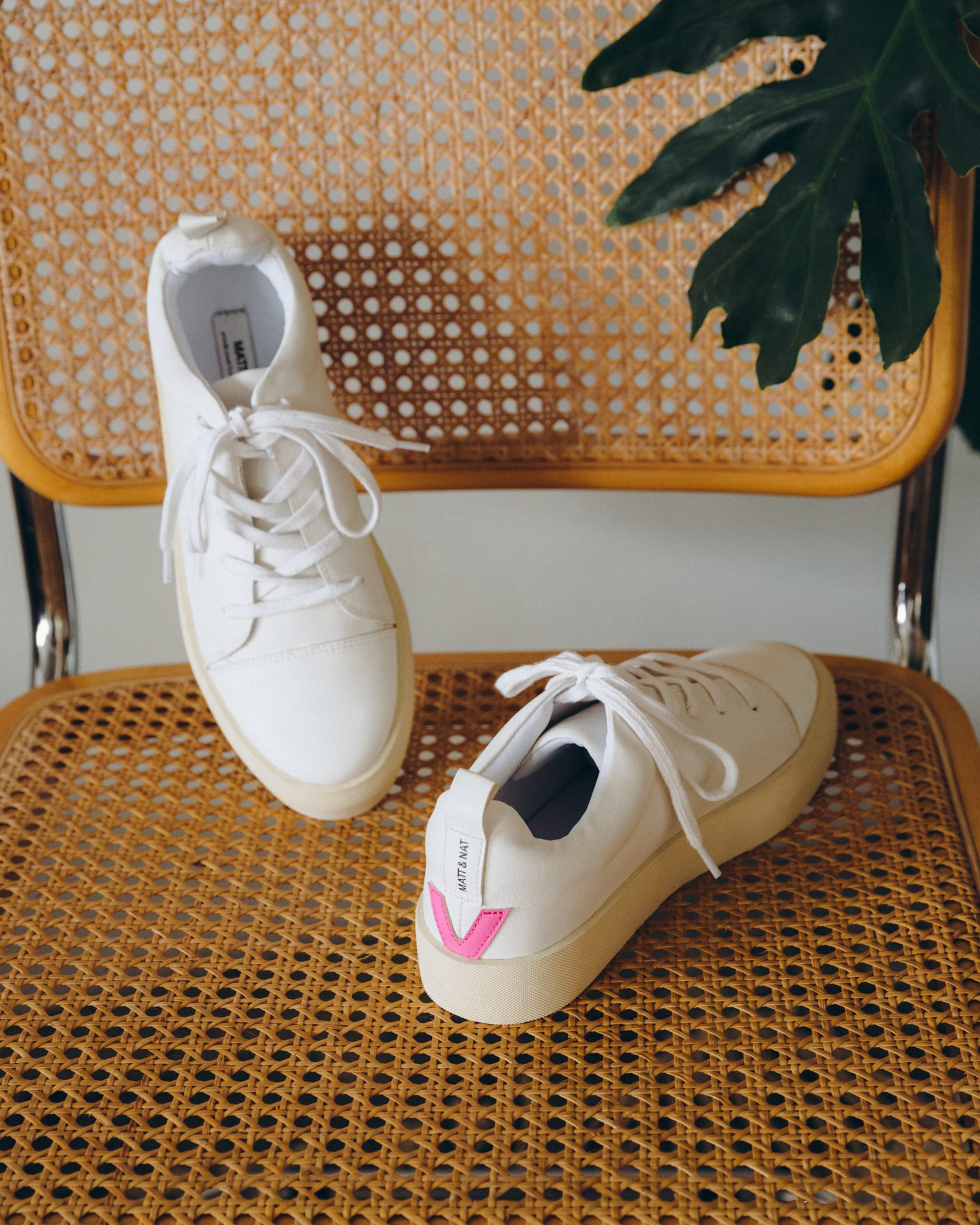 The company’s most recent addition has been a vegan leather shoe line. (Credit: Matt & Nat)

“I knew they had to be functional and practical,” he says. After finding a designer to come on part-time, Matt & Nat started small with a handful of eight styles — just in time for their Montreal store opening. “Why do 50 style if you don’t know how it’s going to do?” he says. The brand has grown their shoe collection to include more styles each season.

“In two years, I believe footwear is going to be our biggest category,” Manny says confidently.