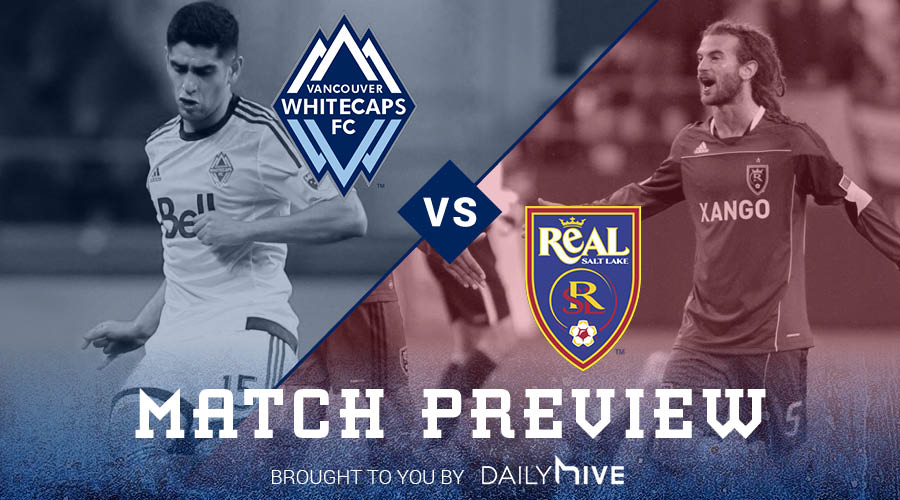 That look really says it all for Whitecaps supporters at the final whistle. #VWFC #WhitecapsFC pic.twitter.com/tLXF1KNzHt

From the back line

Goals conceded has been a consistent narrative of the Vancouver Whitecaps 2016 season. Although the club has made tangible moves towards potentially addressing the situation, newcomers David Edgar and Marcel De Jong are not quite ready to make their debuts so the current back line will need to play to the full extent of their abilities in order to contain the third best goal scoring side in the Western Conference.

The ‘Caps and RSL played back on April 19 at Rio Tinto Stadium. The home team took the win by a score of 1-0 when RSL designated player Juan Manuel “Burrito” Martínez netted his first goal of the season.

RSL’s scoring trident formed by Martínez, Azerbaijan striker Yura Movsisyan, and diminutive winger Joao Plata have achieved the right balance of creativity, chemistry, and organization making them one of the most dangerous attacking trios in the league. It definitely does not bode well for a shaky Vancouver defence.

After two disappointing seasons at the helm, Jeff Cassar returned for a third season and his RSL team has put together a quiet, but effective campaign that has them firmly entrenched in third place of the Western Conference (8-5-5, 29 points, 3rd-best in MLS with a 1.61 points-per-game average).

Having said that, the Utah side is currently on a four-game winless streak across all competitions so perhaps if there is a time to face the Blue and Cobalt, it’s now, although, it will be no picnic for the ‘Caps.

Real Salt Lake does not do well on artificial surfaces. Their last recorded win on turf dates back to 2013 when a heavily diminished RSL side fielded a starting XI full of reserves and beat, who other than The Vancouver Whitecaps by a score of 1-0 at BC Place.

Since then, RSL has played 12 matches on artificial turf and have posted a record of 0 wins, 8 losses, and 4 draws.

Vancouver is hanging onto the sixth and last playoff spot in the Western Conference by a thread. If they wish to keep themselves in playoff country, it is imperative for them to take full points at home. After facing RSL, the Whitecaps will host Orlando on Saturday before going on a four game string of matches away from BC Place.

The time to start racking up the points three at a time is now.