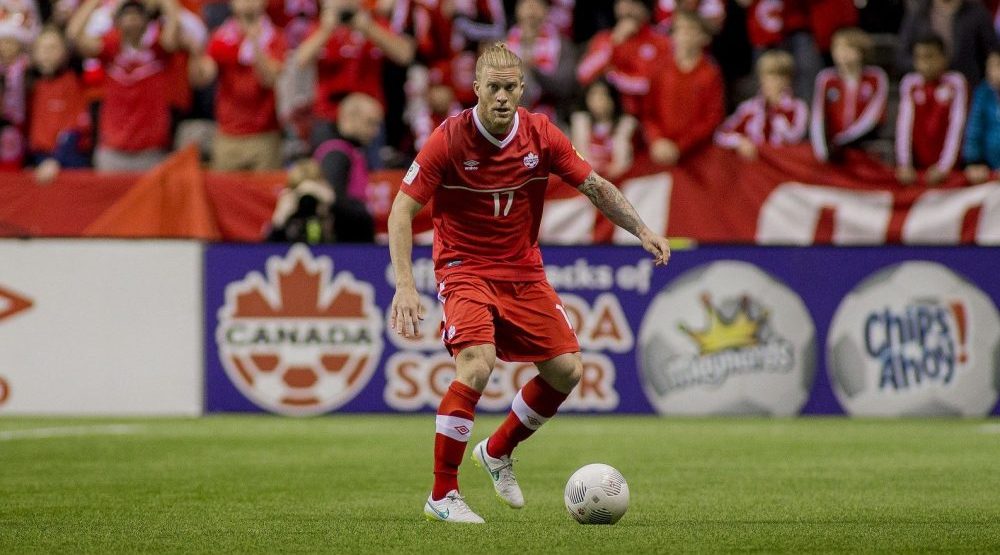 The second half of the worst kept secret of the weekend has been confirmed, as the Whitecaps have announced that they have signed Canadian international defender Marcel de Jong.

de Jong: "This is where I'm supposed to be right now."#VWFC pic.twitter.com/x75VvRL54P

De Jong, along with David Edgar – another Canadian international signed today – will try to help bolster the Whitecaps’ back-end. The 5-foot-9 de Jong plays left back – a position currently held by all-time franchise games played leader Jordan Harvey – but can also play as a midfielder. The Whitecaps have 33 goals this season which is the second most among MLS teams.

“We are very familiar with Marcel, both from playing against him and his years with the national team,” said head coach Carl Robinson in a media release. “He’s a good professional who brings additional experience and versatility to our squad.”

De Jong is a fixture with the Canadian national team, having made 45 senior international appearances. He started the last four World Cup qualifiers for Team Canada, including the last two national team matches at BC Place.

“I’m excited to join Whitecaps FC,” said de Jong. “After seeing the atmosphere at BC Place when the men’s national team hosted Honduras and Mexico, I knew I wanted to be a part of this club. I was teammates with Pa-Modou Kah in Holland, and a number of guys on the national team, so I’m looking forward to playing with them again.”

De Jong most recently played at BC Place with the Ottawa Fury in the Canadian Championship semi-final.

Robbo said de Jong could be involved Wed or Sat. He's a bit further ahead than Edgar, who could get some minutes vs. Crystal Palace. #VWFC

De Jong and Edgar certainly provide a lot of experience for the ‘Caps, but it remains to be seen how much they’ll help on the field.

Inserting the pair of Canadians means that another Canadian, Sam Adekugbe, is going on loan.

Robbo says Adekugbe is going on loan and that it's not looking like good news on Manneh. No official word yet though. #VWFC

The ‘Caps will hope that de Jong and Edgar shore up their backline, but clearly finding a new striker also needs to be a priority. That need was reinforced after moving out Octavio Rivero and made more urgent now that Kekuta Manneh is hobbling around with a walking boot.