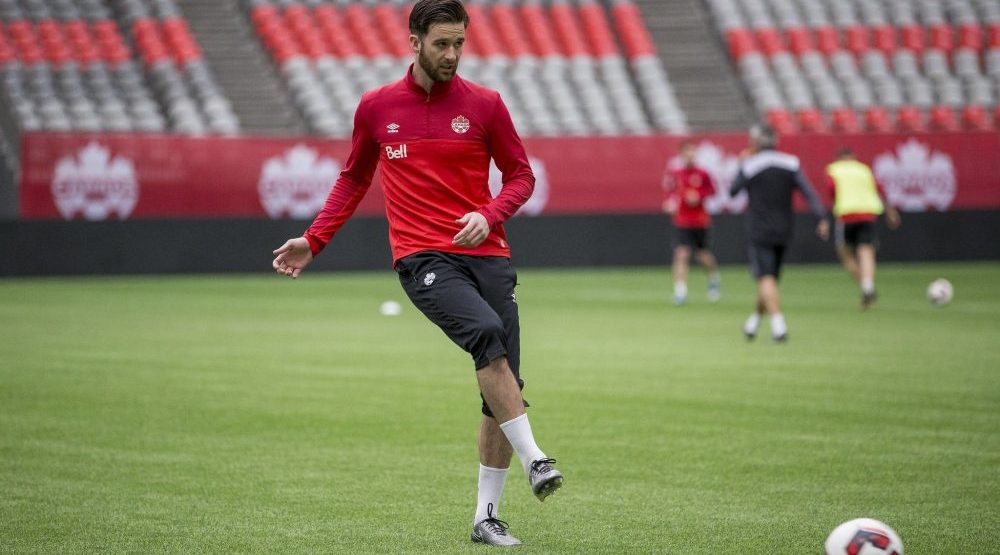 The Vancouver Whitecaps did the expected on Monday, signing Canadian international defender David Edgar. The 29-year-old from Kitchener, Ontario signed an 18-month contract with an option, pending receipt of his international transfer certificate.

Edgar has appeared in 211 games, scoring 9 goals in England over the last 11 years, playing with Newcastle United (2005-2009), Burnley, Swansea City, Birmingham City, Huddersfield Town, and Sheffield United. He also has 37 senior international caps for Canada, and will be part of the team that will play El Salvador September 6 at BC Place.

“We are thrilled to add David to the group,” said Whitecaps FC head coach Carl Robinson in a media release. “He is a good size, a natural organizer, and brings a wealth of playing experience at very good levels in England from a young age.”

For Edgar, this is a homecoming of sorts after playing his entire pro career overseas, first leaving home at age 14.

“I’m delighted to sign for Whitecaps FC and especially to be back in Canada,” added Edgar. “After all my years in England, it has always been in my plans to come and be a part of MLS. I’m very excited for this next step in my career and to be a part of a fantastic organization like Whitecaps FC. I already feel at home at BC Place being part of the Canadian national team and the recent World Cup qualifiers here. Hopefully there are many more exciting times ahead for the fans and for this team. I can’t wait to get started.”

Edgar: "It's no secret Canadian soccer is a big passion of mine." #VWFC pic.twitter.com/l9cDu7SdAJ

It will be interesting to see where the 6-foot-4, 190 pound centre back fits in on the squad. Edgar, who has played right back before, could play on the right side as well as filling in at centre back.