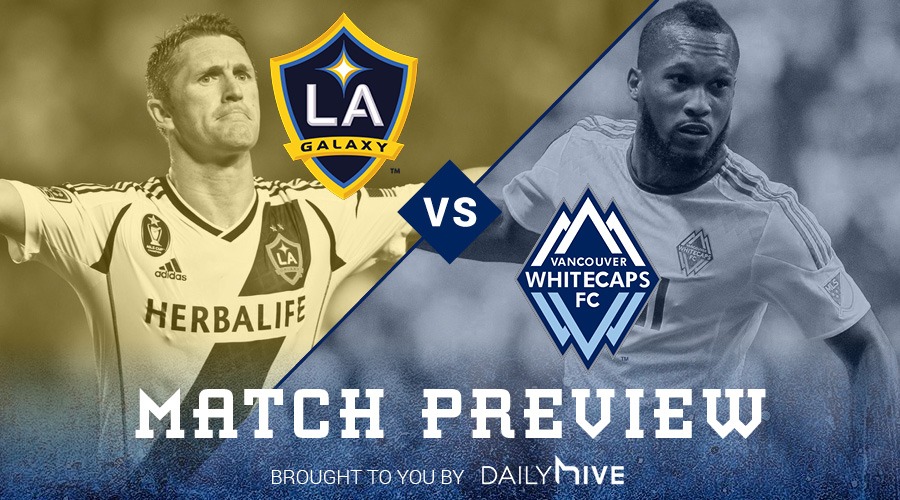 The Whitecaps have only won one match out of their last nine, and have lost four in a row in MLS league play. The task does not get any easier for Carl Robinson and his team, who face a tough test when they play the LA Galaxy on Saturday night.

What do you mean they actually won a game?

After the successes the Whitecaps enjoyed in 2015, it’s unfamiliar territory to see that they haven’t won a game since July 13th. That night they beat Real Salt Lake 2-0 at BC Place, and that was the last time they actually won a game.

Until Tuesday night at least.

Ok, so the group stage of the CONCACAF Champions League isn’t the same quality as a regular MLS game. The Sporting Kansas City team they beat 3-0 on Tuesday night was missing many of the players that beat the Whitecaps 2-0 last weekend in MLS action.

But it was a win, and that’s something.

Crossbar.. #WhitecapsFC should have 6 goals tonight by my count.

More importantly, Carl Robinson fielded a team that was an excellent balance of experience and young talent. The move paid off with the ‘Caps manufacturing plenty of scoring chances.

The result? They got on to the score sheet early through Cristian Techera in the 8th minute, and could easily have scored more than their three total goals.

Fighting for their playoff lives

Last weekend’s 2-0 loss at Sporting KC pushed the Whitecaps further down the standings to 9th in the Western Conference.

The Whitecaps are at the bottom of a group of four teams, including Portland and Seattle, who are fighting it out for the final playoff berth in the Western Conference.

The good news is that the ‘Caps are only 2 points adrift of Portland, who currently sit in sixth place. The bad news is that Portland, San Jose, and Seattle all have a game in hand on the Whitecaps. 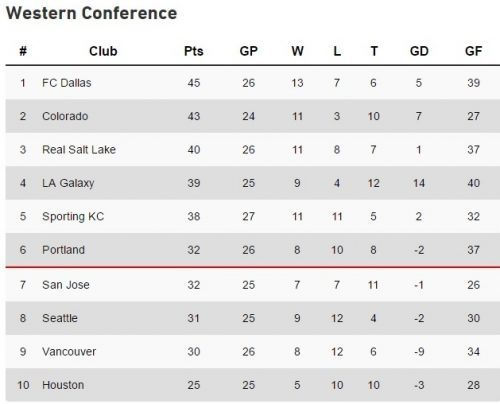 Missing the playoffs is not a foregone conclusion for the Whitecaps. There is, however, very little margin for error in the stretch run.

In previous years a Western Conference team would need at least 48 or 49 points to make the playoffs. This year the projected cut may be a few points less. At best, the Whitecaps need 15 points from their last eight matches, and at worst they may need as many as 20 points to qualify for the postseason.

The Whitecaps have shown in the past that at their best they are a match for any team in Major League Soccer. Sadly, Vancouver have rarely played to their potential this year, and they will have to play almost flawlessly for the next two months to make the playoffs.

A Galaxy far, far away

Historically, the LA Galaxy have been a tough opponent for the Whitecaps. Since Vancouver joined Major League Soccer in 2011, they have beaten LA only three times.

To make Saturday’s game even harder, the Whitecaps have only won once at the StubHub Center in their MLS existence. This season the Galaxy are undefeated at home with a 6W-0L-6D record. The last time these two teams met on July 4th in LA, the Whitecaps lost 2-0.

The July 4th game in LA was the first time that the Whitecaps had played since losing the Voyageurs Cup. It was the start of the horrible slide that has seen the ‘Caps tally a 1W-5L-3D record and score only 7 goals.

In theory there may not be a better time to play the Galaxy if you’re the Whitecaps. In their previous five games LA have a record of 0W-1L-4D, including a two-all draw against the unimpressive Chicago Fire this past Wednesday night.

If the same shoddy Whitecaps who lost to Sporting KC last weekend turn up, then it will be a rough night in LA. But if the creative, attacking, and confident Whitecaps who beat Sporting KC in the CCL on Tuesday show up, then maybe, just maybe, they’ll bring some points back from SoCal.

Wouldn’t that be a nice change?