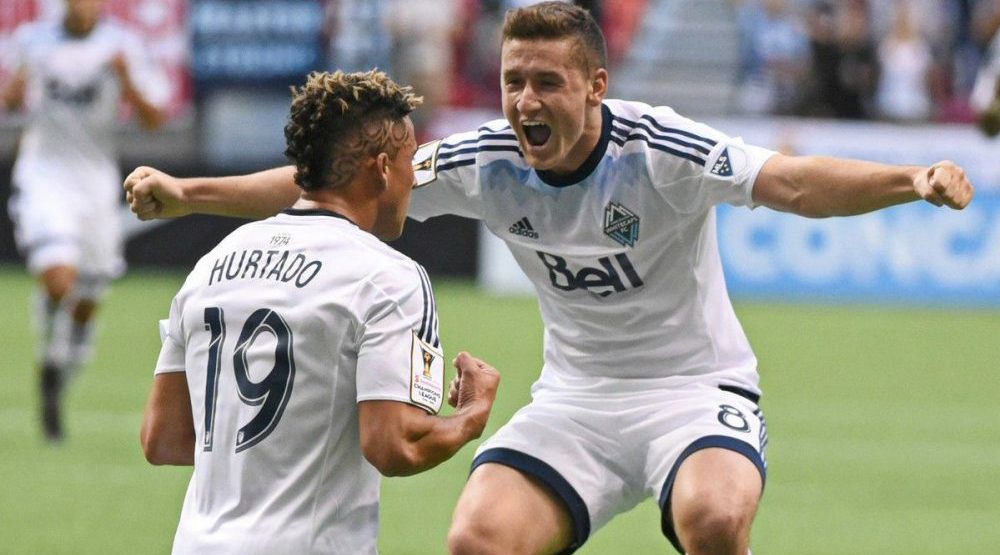 Stop the presses! Yes, for just the third time since May 14th and for the first time since July 13th, the Vancouver Whitecaps have defeated an MLS rival.

Not only did the Blue and White defeat Sporting Kansas City by a score of 3-0, they also kept a clean sheet, a feat that for most of the 2016 campaign, has seemed almost impossible to achieve.

Sure, this MLS opposition was a severely undermined Sporting Kansas City side that fielded mostly depth players and the game was in the CONCACAF Champions League group stage – not in MLS action – but hey, the way things have been going lately for Carl Robinson and his team, the Whitecaps will gladly take an emphatic victory against anyone in any competition.

Perhaps at some point throughout the match you saw a player on the pitch wearing a Whitecaps jersey who was controlling the ball with class, displaying some fancy footwork, taking shots on target, and setting and scoring goals.

You may have thought, “when did the Whitecaps sign Lionel Messi?” but, no, the player you saw was not the Argentinian superstar, but our very own Erik Hurtado. The Beaverton, Oregon native played what was perhaps his best game since joining Vancouver back in early 2013.

The Whitecaps found themselves up on the scoreboard early in the match when Cristian Techera opened the scoring at the ninth minute after he headed home (yes, really, he headed the ball in) a cross from Erik Hurtado.

The Blue and White doubled their lead only three minutes later when the one they call e-Money finished a great lobbing ball served by Russell Teibert.

Hurtado’s professional career has been full of highs and lows (perhaps more lows than highs, to be honest), but the 25 year old has remained professional and his trade and industry has grown leaps and bounds. It is great to see him find some degree of success to reward his often under-appreciated hard work.

Carlo Ancelotti, one of the best football managers in the world, recently said in an interview that the most difficult aspect of being a manager is to pick the lineup before every game.

Carl Robinson made some decisions this evening regarding the squad he deployed ahead of this Champions League match. While his Sporting Kansas City counterpart, Peter Vermes sent a clear message about this game by sending out a starting XI composed, for the most part, of second stringers, the Welsh tactician took a different approach and lined up a much more balanced side.

Robinson’s starting XI included MLS regulars like Kendall Waston, Tim Parker, Matías Laba, Cristian Techera and Masato Kudo. This core was complimented by players that are on the fringe of getting regular minutes and are hungry to prove their value – Fraser Aird, Jordan Smith, Russell Teibert, and the aforementioned Erik Hurtado, to name a few.

The alchemy that Robinson concocted turned lead into gold as the squad not only scored three goals but they earned an elusive clean sheet.

Although Robinson was breathing easy after the 12th minute, the problem of picking the next starting XI to face the LA Galaxy at the Stub Hub Center this Saturday becomes more difficult. Do you bring the “regulars” back? Do you keep the guys who got the win in?

#VWFC win no coincidence no Morales in the lineup?

Keeping in mind that the opposition will be considerably different on the weekend (the Galaxy are no second string Sporting Kansas City) my expectation is that players like David Ousted, David Edgar and Andrew Jacobson will make a return to the starting XI. Sure, having many players that you can comfortably send out is a good problem to have, but it is still a problem.

With this result, the ‘Caps find themselves comfortably in first position in group C of the CONCACAF Champions League. The Whitecaps are sitting pretty with 6 points. Behind them, Sporting Kansas City and Central FC have one point each. With two games to go in the group stage, the Whitecaps will visit Kansas City and play host to the Trinitarians next month.

Sporting Kansas City seems to have sent a clear message regarding their priorities. The CCL is not one of them. The Whitecaps can take advantage of this, and with Central FC making a longer journey than Odysseus to get to Vancouver, the Blue and White have an open path to qualify for the knock out stages of the continental tournament.

Considering that Vancouver will not be playing the group stage of this tournament again until 2018 at least, and with their chances of making the MLS playoffs slowly fading away, perhaps putting all their energy towards the CCL will bring one of the few silver linings of the 2016 season.

That was pretty good. I needed that. #VWFC in really good position for CCL. Now about the league…

That, however, will have to wait, as Vancouver gets ready to battle the LA Galaxy on Saturday at the Stub Hub Center in Carson, California. A setting where the Whitecaps have struggled mightily since joining MLS in 2011.