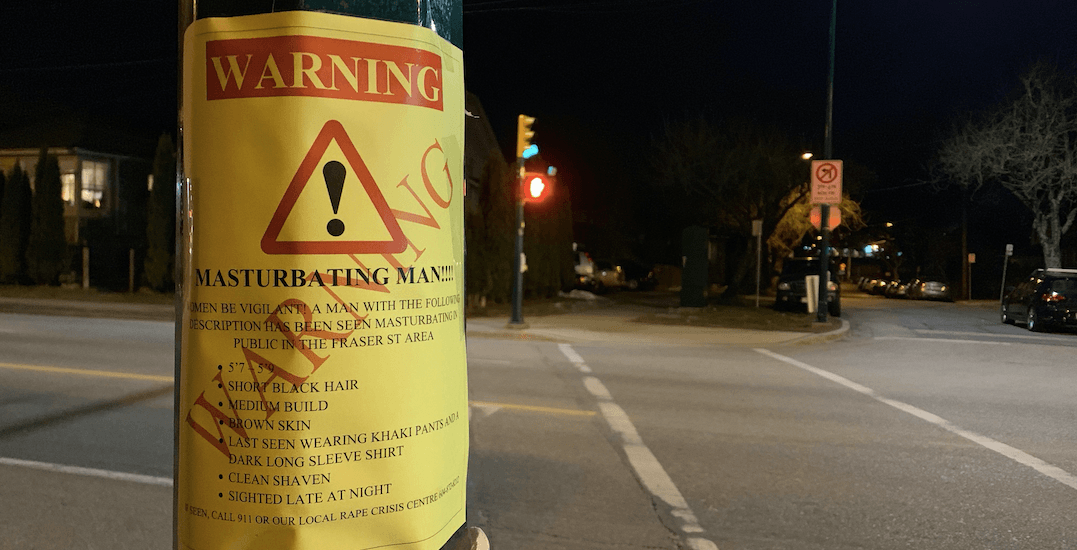 The bright yellow “warning” posters are on bus shelters and light poles on Fraser Street between East 11th and East 14th Avenue on the east side of the road. 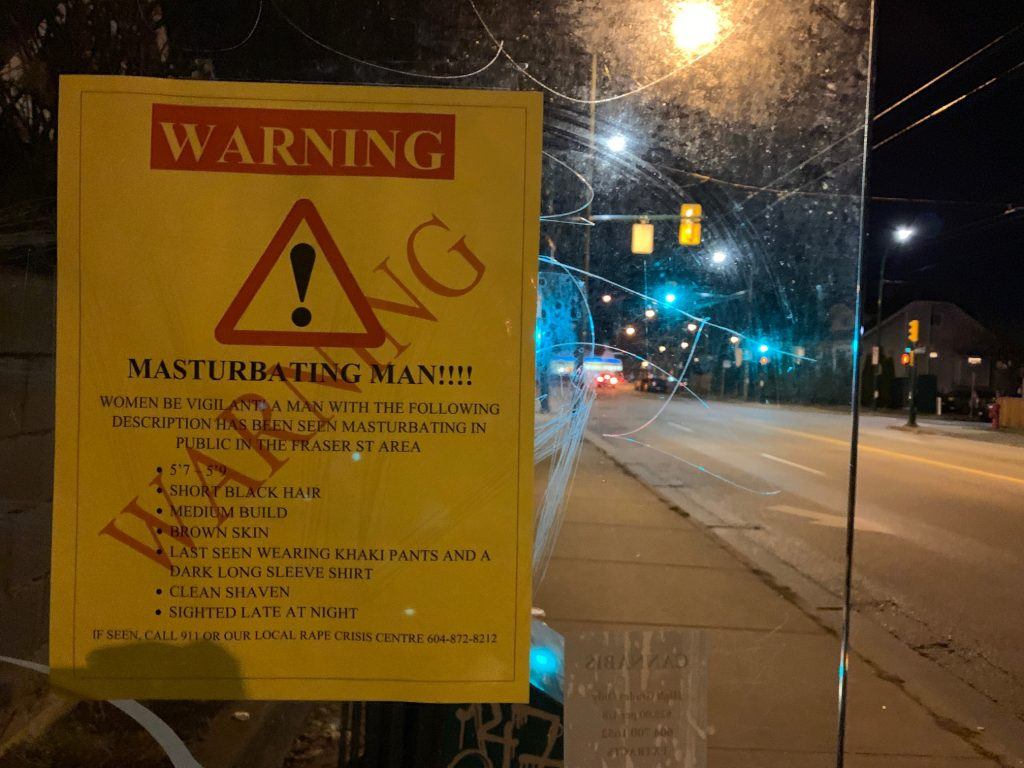 A woman who lives a block away from one of the poster locations told Daily Hive she believes she saw the man in question crouching down in the bushes near a bus shelter, but was walking with her baby so she got away as fast as she could.

The Vancouver Police Department told Daily Hive that it is aware of the posters, but it has not been able to confirm what incident(s) it is referring to.

The man is described as being between 5’7 to 5’9 tall with a medium build and clean shaven. He was last seen wearing khaki pants and a dark-coloured long-sleeved shirt.