Police are searching for witnesses after a home invasion took place Sunday afternoon in Abbotsford.

On March 3 at 4:30 pm, members of the Abbotsford Police Department (APD) were called to a residence in the area of Maclure Road and Horn Street. 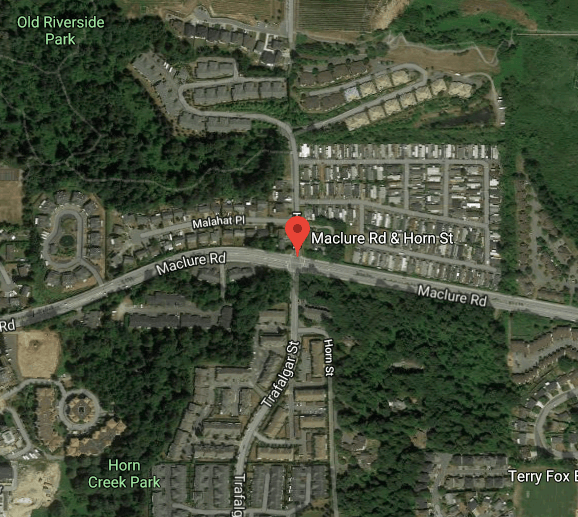 A 54-year-old male and a 54-year-old female in the home were confronted by four men, all wearing hoodies.

The armed suspects broke into the home and demanded money and drugs.

The suspects ransacked the residence and were seen leaving the house with a duffle bag with unknown items. The keys to a black BMW were also taken and the four men used it as an escape vehicle.

When the male resident attempted to confront the burglars as they were leaving in his car, a shot was fired, breaking the driver’s side window.

Fortunately, neither resident was injured.

The hooded men escaped in the stolen BMW and a white sedan was seen following behind. Police confirmed that the stolen BMW was abandoned and found a short distance away.

It’s believed that the incident was targeted.

Anyone with information about the event, as well as anyone with CCTV or dashcam footage are asked to contact the Abbotsford Police Department at 604-859-5225.