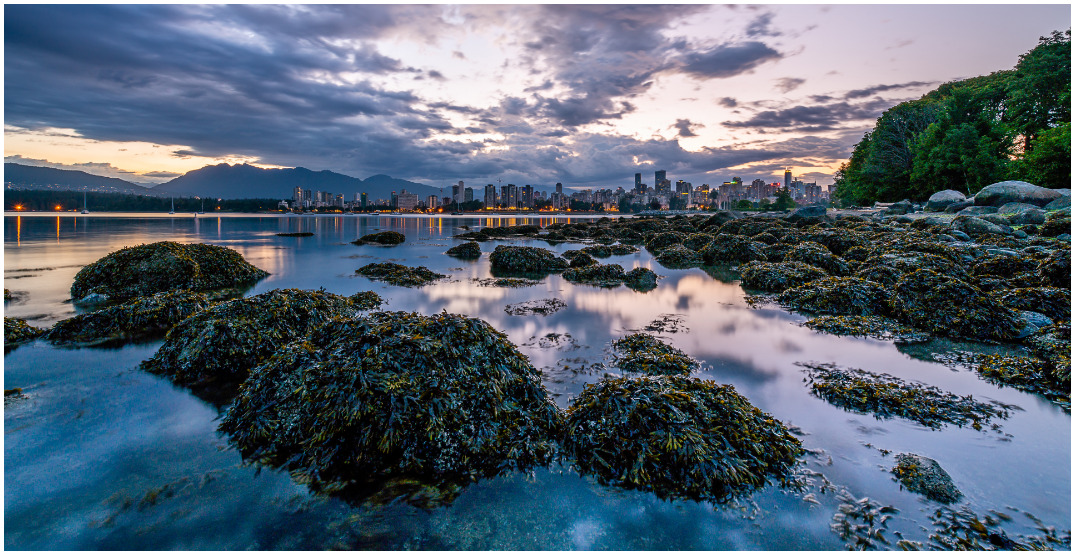 The extreme heat wave that resulted in hundreds of deaths also took the lives of billions more in the form of the sea creatures on BC shores.

Christopher Harley, a UBC Professor in the faculty of Zoology, knew something was up after a visit to Kits Beach in Vancouver.

The air reeked, and it was unlike anything he’s ever smelled, and that’s when he made his stunning discovery.

While the official human death toll is still yet to be determined, the BC Coroners Service reported that at least 719 sudden-death reports were received during the most extreme points of the heat wave that afflicted most parts of the province.

We’re now learning that there were more victims of the extreme heat, sea creatures in BC waters.

In a conversation with Daily Hive, Harley pointed out that while there have been incidences like this in the past, they’re not common.

“There was a big one in California in the early 2000s and some smaller ones that affected a few species in Washington and BC over the past 20 years. But this one was unusually severe, and the extent of the mortality is not something that I’ve seen before.”

Harley said he has known people who have lived in the area for thirty years who have never experienced this sort of event, nor the smell that hung in the air.

Mussels and barnacles can survive quite extreme temperatures, but the heat was too much. Even for them.

The greater impact that even just the death of mussels will have could be severe according to Harley.

“The loss of mussels, in particular, will be felt by a lot of things, from sea stars to surf scoters (sea ducks). The sea stars can wait a very long time between meals so they won’t necessarily starve, but that loss of mussels will still cut down on how fast they grow and reproduce while they are recovering from wasting disease.”

This could also have a steep impact on the biodiversity in the affected areas.

“There are also a lot of species that use mussels as habitat: hermit crabs and
other small crustaceans, worms, and other little crawlies. Biodiversity will likely go down, at least temporarily, as a result of the loss of mussel bed habitat.”

According to Harley, mussels are important for the waters for a variety of reasons. Alongside other molluscs like clams and oysters, they can remove pollutants like microplastics, and they help filter the water and keep it clear. Decaying animals can also result in low oxygen in the water as they decompose.

If this sort of thing were to become the new normal, it might offer something to adapt to. But, Harley suggests this isn’t that easy.

“I wouldn’t be surprised if, in ten years, we are talking about how mild this heat wave was in comparison to what we have in store for us and thank goodness we finally invested in air conditioning. Ecosystems are changing all the time, and as an ecologist, I love that fact. They are beautiful that way,” He said. “But now, the changes in the environment are happening too fast for some species to keep up, and that is worrying.”

Climate change was a major part of the conversation when it came to the extreme heat wave many parts of Canada experienced or are still experiencing.

“It is hard to definitively say that any heat wave or storm is due to climate change, but we can talk about how likely such events are with and without climate change. I don’t know if anyone has done that calculation for this heat wave yet or not, but I’m confident that it was far more likely to have happened because of climate change. That is a planet-wide pattern: heat waves are becoming more frequent, and more severe.”