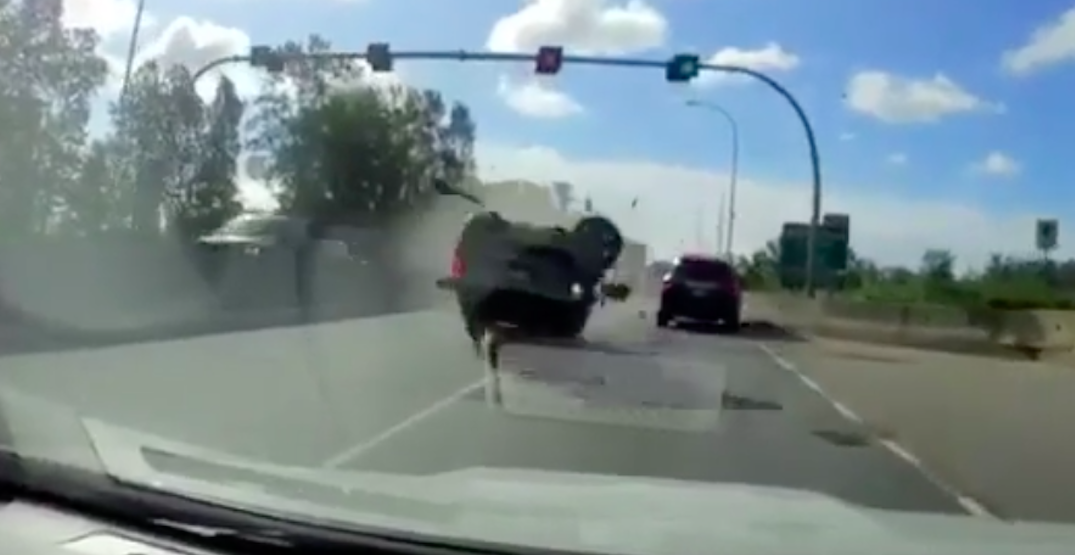 A dramatic crash near the Massey Tunnel on Friday was captured on dashcam.

“Miraculously, there were no significant injuries reported,” an RCMP spokesperson told Daily Hive.

According to RCMP, the incident took place at approximately 9:20 am, when police and emergency services responded to a five-vehicle collision in the southbound lanes of Highway 99, just south of the tunnel.