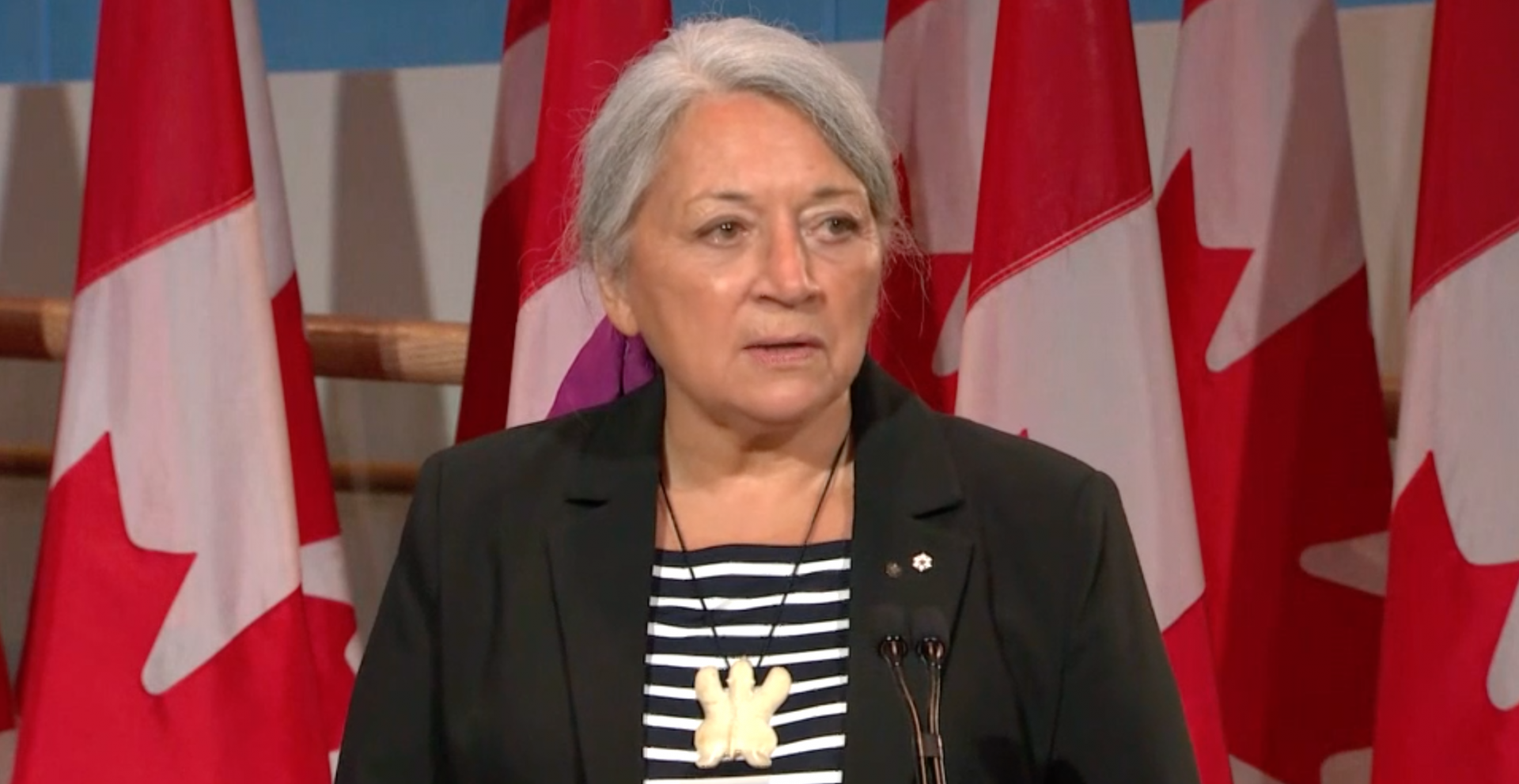 Canada named a new governor general on Tuesday morning, and she’s the first Indigenous person to hold the post.

Prime Minister Justin Trudeau announced Mary Simon would take over the job during a news conference in Gatineau, Quebec.

“I am honoured, humbled, and ready to be Canada’s first Indigenous governor general,” Simon said. “I can confidently say my appointment is a historic and inspirational moment for Canada. And an important step forward on the long path toward reconciliation.”

Simon is an Inuk woman and former Canadian diplomat who has been a longstanding advocate for Inuit rights and culture. She is Canada’s 30th governor general.

She was born in northern Quebec, and Inuktitut is her first language. She learned English at a federal government day school and was not given the opportunity to learn French as a child.

She said Tuesday that she’s committed to learning French for her role as governor general.

“During my time as governor general I will work every day toward promoting healing and wellness across Canadian society,” she said, including coming “to terms with the atrocities of our collective past that we are learning more about.”

Former governor general Julie Payette resigned from her position in January following reports that she created a toxic work environment.

After Trudeau’s announcement, many people and organizations congratulated Simon via social media.

Congratulations to Her Excellency Ms. Mary J. May Simon (Ningiukadluk) announced today as the 30th Governor General of Canada—grateful to have your knowledge, dignity and integrity in these challenging times… Canada’s 1st Indigenous #GovernorGeneral 🙏🏽 pic.twitter.com/ySvtcZtk3b

ITK extends its deepest congratulations to Mary Simon, Canada’s first Indigenous Governor General! Mary has served Inuit and Canada in many distinguished roles, including as President of ITK. We wish her extraordinary success in her role at this critical time in our history. pic.twitter.com/MJ3Y3CLoCR

Mary is a diplomat, advocate, and a strong Inuk Woman. I look forward to working with her as the Crown’s representative in Canada!

Congratulations to Mary Simon who has a distinguished career representing Inuit both in Canada and internationally. https://t.co/XsyBK8I4wq